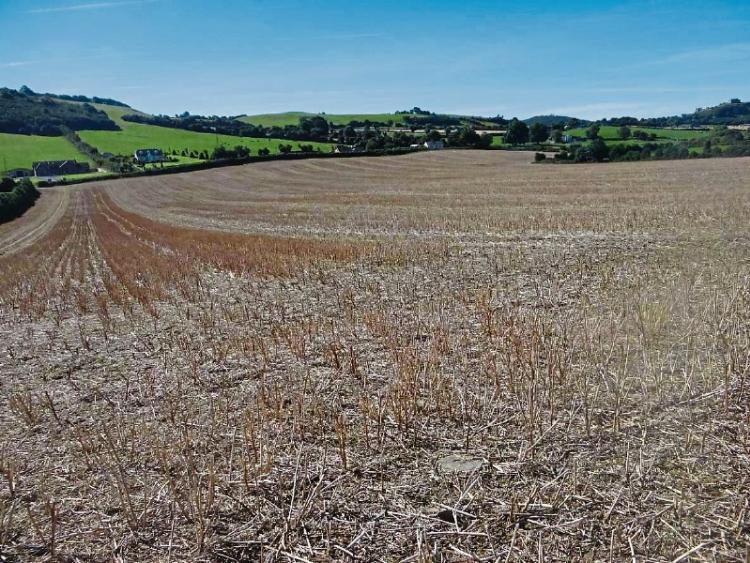 A recent land survey indicated that the average price paid for lands in the mid Leinster region is €9,000 to €10,000 per acre, depending on the size of the lot but Matt Dunne Auctioneer managed to achieve €13,000 per acre at his recent land auction of 21 acres at Ballinlough, Stradbally, Co. Laois.

‘Just honest to God good arable land with no gimmicks’, was how Matt described the holding.

Located in a rich vein of land close to the Rock of Dunamaise and renowned for its high yielding crops. The land has extensive road frontage so it’s also ideal for someone to build a ‘once off house’, if they can fulfil the local needs requirement.

The auction was held in Dick Dunnes Pub and approximately 20 people turned up. Matt introduced Bríd Miller Solicitor who is originally from the area and she meticulously went through the title.

The land was then put to the floor and the auction began.

Matt then took instructions from his client and the property was placed on the market.

More competitive bidding and five minutes later the farm was sold to an adjoining farmer for €267,500 or €13,000 per acre. The Vendor was delighted with the result and the Purchaser was delighted to have the opportunity to increase his current holding.

From the auction Matt has three disappointed under bidders who are looking for land in the area. Anywhere from 10 to 100 acres. All replies will be dealt with in the strictest confidence.