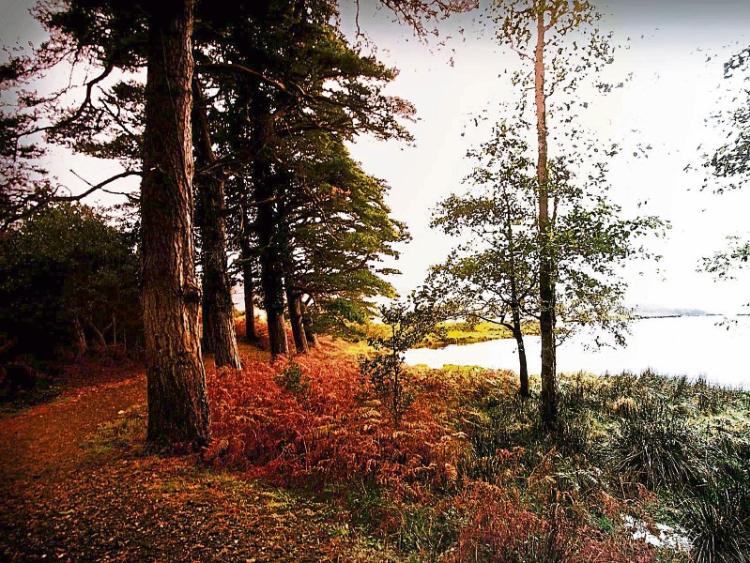 Everything In Its Right Place as Thom Yorke and the boys from Radiohead told us there a few years ago. I think they were referring to trees. Where we are right now in the calendar, late autumn to early winter, could be described as prime tree time.

We are inspired by the changing colour palette, the transformation we see every year around this time.

The much maligned motorway roundabout even stands a chance of becoming interesting at this time of year. I can think of one junction on the outskirts of Portlaoise that is a veritable inferno of maples this week.

Throw in the beginning of bare root season and the savings to be made buying hedging and trees round about now and you have all the makings for a frenzy of tree planting.

Nothing says trees quite like autumn. It’s the time of year, somewhat counter intuitively, when we feel most inclined to get out for that long weekend walk. The summer with its dry mild weather has passed but it’s only now that we feel the need to put on the wellies, wrap up and get out to rediscover the local forest trails with dogs and kids in tow. Why?

Well it goes back to our natural rhythms, those primal urges that I talked about a few weeks ago. In the summer, without explicitly thinking about it or even realizing it, we prioritize so much else. The autumn with the shorter days and crispness in the air rekindles some deep seated romanticism within us and next thing you know you’re gazing wistfully at a misshapen sycamore in a forest clearing or losing an hour gazing out over an inland lake fantasizing about all the fish that will be landed when you get our hands on those waders and the rest of the gear the next time it comes up in Aldi.

The late autumn tells us to slow down. The crazy industriousness of those never ending summer days is over. The winter preparations of early autumn are out of the way. Our internal narrator is instructing us to chill out a bit, to take stock. To notice the beautiful colour of the leaves.

And it’s those colours that send us in our droves to the nurseries to deliberate trees. I’ve already planted five new maples at home this year, and more to come. Last year it was beech, the year before that it was birch.

I’m pretty sure it’s the five mile stretch of road between Abbeyleix and Durrow that does it every year. A beautiful array of mature autumn colour; along the roadside and out into the rolling distance over the most picturesque, verdant, lush and fertile midlands farmland.

And of course the planting of a tree is a bitter sweet thing for someone in their mid forties. I will see it in some of its glory but I won’t be around by the time these lads are properly strutting their stuff. It will be my kids and their kids who will really get to enjoy them. What’s this only more of the wistfulness of autumn? The joy of planting, of creating, tempered with the stark realization of finiteness. Fleeting and final.

The next generation and all the ones to follow. With the dreadful news from the States that we all woke up to last Wednesday, has there ever been more comfort in such a thought?