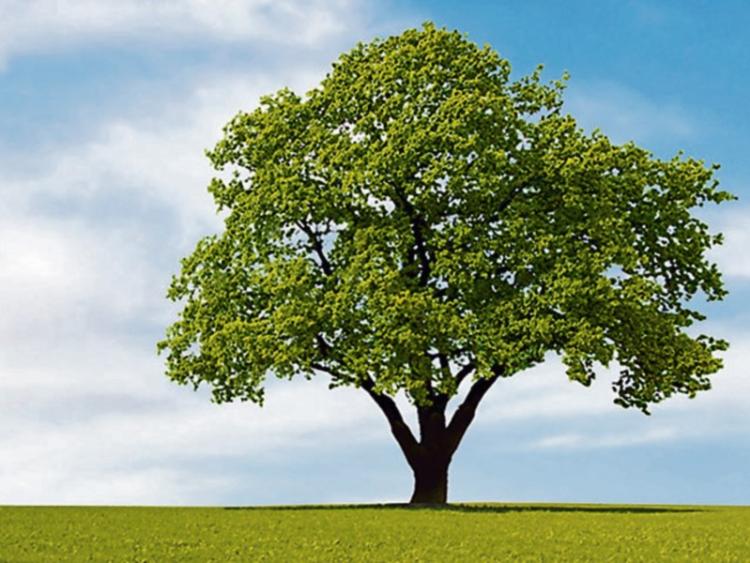 We spoke about trees last week and their prominence at this time of the year, how inspiring a thing a well-placed tree can truly be.

What is probably less appreciated and which, in my experience, is an undeniable fact is this; people are afraid of trees. Absolutely petrified.

This is a conclusion I haven’t come to lightly, it is a position that has been borne out by countless never-ending meetings in back gardens all over the province discussing every species of tree known to botany as a possibility for that awkward north eastern corner down there, you know, opposite the shed.

That’s my position on this; Irish people are afraid of trees.

And is this a phobia, every bit as debilitating as fear of flying or public speaking, about which we will hear the odd radio show panel discussion? No, absolutely not. We’re not there yet. But soon, and all thanks to the pioneering work in this area upon which I am about to embark, we will be.

“Hylophobia, also known as xylophobia, ylophobia, and dendrophobia, is a psychological disorder defined by an irrational fear of wood, forest or trees.

It is a type of specific phobia.” You see, I told you. That’s all grand, what our friends over at Wikipedia are talking about there is actual fear of the thing itself, in its current physical state.

Let’s characterize it as a disorder similar to Billy Bob Thornton’s famous intolerance of antique furniture, a barber I once knew and his inability to confront an earthworm, my wife’s dread of damaged fingernails.

These are things which some people just can’t handle, for whatever reason. In Billy Bob’s words, antique furniture “just creeps me out”. Indeed.

The phenomenon with which I am familiar comes from a slightly different place.

I’m talking about the fear of whatever physical form a tree will take; the process of assuming that shape and its eventual arrival there in a hundred years’ time.

It’s probably more accurate to say that people are afraid of the growth of trees. They are petrified by the process.

By the mere idea that down in the corner of their garden I am proposing to install some form of malevolent monster over which they will have no control and which will devour and subsume all in its path as they look on in a state of War Of The Worlds scale helplessness.

There is no style of genetically programmed growth pattern that doesn’t present a problem to the afflicted homeowner.

Too tall, too wide, too bushy, too clumpy, too short, too narrow, too bare, too dense, too, too, too, too much like a tree.

And the implication is that once the thing goes into the ground that all control is relinquished. That the tree can’t be topped, trimmed or pruned to suit the situation.

And of course the elephant in this particular outside room is the generational aspect.

The most heinous offenders on the over prescriptive most wanted list are unquestionably those who remember precisely where they were and what they were doing when JFK’s motorcade turned into Dealey Plaza.

And if I’m honest I can understand the frugal imperative which informs so much of this premeditation, the need to deliberate, to do it once and do it for all.

The younger set, what with all their impulsiveness and impetuosity, are much more prepared to give it a go and see what develops.

To take a leap of faith on that Robinia pseudoacacia or Prunus amanogawa without consulting every horticultural book ever published.

The difference is the willingness to hand over so much of the decision to those who are presumed to have the expertise. And so what if that apple tree goes pear shaped?

There’s surely an answer on youtube. Go back a generation or two and you have someone who tries to cover every conceivable eventuality before a spade is put in the ground.

Come on, it’s only a tree. What’s the worst that could happen?