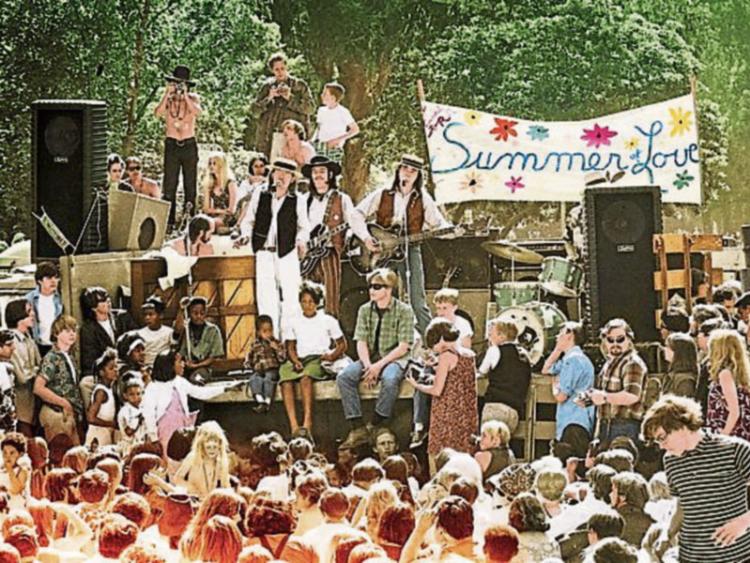 It’s probably because they have all the best subjects that the Americans make the best documentaries.

They have a pace, immediacy and relevance that you’re never going to find within, say, the history of the Scottish Canal System.

So there I was a few nights back watching the excellent Summer of Love documentary on PBS America.

The programme dealt with the mercurial Californian summer of 1967 when the hippie dream reached its zenith and then promptly died within the space of a few months.

We were taken through the evolution of the earlier Beat movement, the hipsters and their morphing into hippieism.

We were given a potted history of San Francisco and its neighbourhoods, primarily the Haight Ashbury which became ground zero for hippies and which to this day is a watchword for all things subversive and counter culture.

And anytime I watch a programme such as this or read anything on the counter culture I am struck by several powerful things.

From a remove of fifty years it’s easy to laugh to at the demented idealism of these young people united by the simple notion that peace, love and understanding could change the world.

But at the time, as wave after wave of them descended on this neighbourhood on the west coast there must have been a great feeling about the momentum that was building, about all the problems that could be solved if the powers that be would just hand over the reins to young people who had a clear vision of how the old culture might be rejected.

What might replace it was not so clear, but that hardly seemed the point. To genuinely believe that you could shake up the old order must have been a pretty special feeling.

But as the summer wore on and the Haight swelled to bursting point the good vibes started to turn bad. The numbers arriving in a strange city with nowhere to stay and no money meant the buzz could only go one way.

And so after a few magical months when anything seemed possible the thing quickly and inevitably ground to a halt. But the legacy of those few months in San Francisco is of such a scale as to be almost indescribable.

The impact of the hippies that summer has resonated through the subsequent decades all the way to right now.

And it was interesting to watch and see the very first hippie residents of the Haight move out to the country when the numbers in the neighbourhood got out of control.

Moving out to the country to embrace, yes you guessed it, an organic low impact lifestyle. To explore a new way of living ; at one with nature, respect for the earth and its resources.

They were a laughing stock back then but there’s nothing funny about low impact living now that it’s taken wider society over fifty years to pick up the baton and cop on.

And of course the differences all boil down to our old friend, corporate culture.

The commercial opportunities were not as well defined back then, in those less cynical times the fledgling marketing department hadn’t quite grasped the gold mine that equating irreparable planetary damage to over consumption represents.

Corporate culture has moved on, it is now so insidious, sophisticated and effective at repackaging conscientiousness and selling it back to the masses at a premium.

In 1967 Don Draper hadn’t yet figured out how to make a killing out of it, that’s more to do with why it never stuck than anything.

It’s easy with the benefit of fifty years of hindsight to ridicule the hippies and their ideas and not concede that they were ever onto something. In the words of actor and activist Peter Coyote who was there from the get go;

They were all valid searches and they have all been completely integrated into the culture today.”