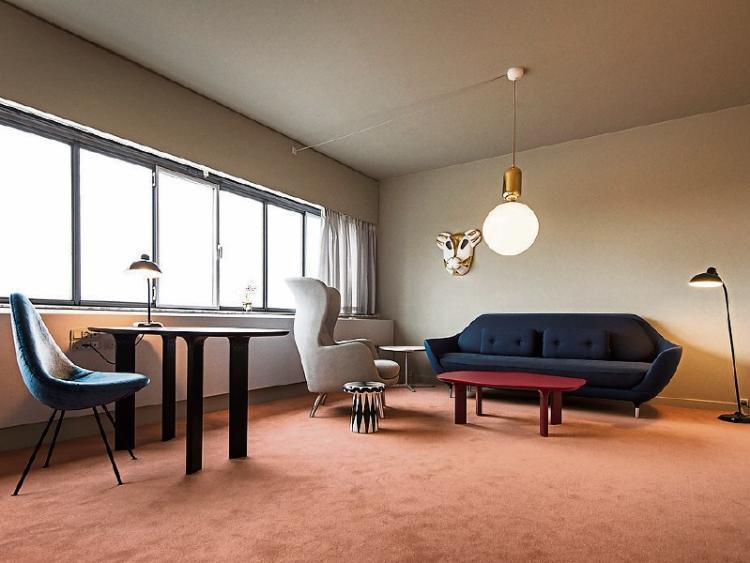 Is the general level and standard of design right now better than it has ever been?

Or are we just kidding ourselves because of all the exposure it gets?

Exposure on every conceivable forum; twenty channels of home, lifestyle and garden television on the box, countless self-build and interiors magazines, innumerable blogs and websites devoted to this most recent of imperatives – the need to be different.

It’s funny that in a world which is increasingly homogenous, a world where we all live in essentially the same house, all carry the same devices, work on the same software, have the same spell check program attempting to Americanise our every thought that we on some level have managed to retain a semblance of the need to be this much-coveted thing; ‘different’

And so, we tune into Kevin McLeod and George Clarke and all the lads as they trawl the length and breadth of the country looking for some poor misguided, deluded souls attempting to turn a 200-foot-tall derelict water tower into a contemporary family home for their family.

And therein lies the central delusion at the heart of all this stuff; ‘for my family’, ‘for my kids’. Wrong, utterly wrong.

Based on my vast experience of kids I can assure you that they would be quite happy to live in the boot of the car if it meant a happy, harmonious environment free from the stress and anxiety of parents who have taken on insurmountable debt and hardship to create some usually hideous edifice as a demented monument to themselves and their massive egos. For my kids my foot. For yourself mate.

So anyway, this auld stuff is everywhere and, by virtue of having some unshakeable convictions in the realm of feature walls, we are all designers.

But is any of it any good? And more importantly does any of it matter?

Who remembers the 1970s, the ten-year period christened by some hacks as ‘the decade that taste forgot’?

To what does that epigram refer? People hanging wood chip wallpaper in the living room or constructing lines of those miniature roman columns along the road verge at the front of the house.

It couldn’t possibly refer to the 1970s being the most fertile period of human creativity and popular culture since the Renaissance.

So, it can’t be that stuff that they’re talking about, what is it then?

They are often invoked with a smile, a scoff; “Do you remember the disgusting carpet in the sitting room or the green bathroom suite?”

It’s all good fun, we all have a good laugh at it now. Which suggests to me that in the grand scheme of things these are trifling things, things of no great long term consequence or significance.

We’re not really trying to equate the mantelpiece ornamentry and floor covering of that era with the high art and culture represented by, say, Bruce Springsteen’s album output or the films of Woody Allen from the same period.

No, we’re not, or at least no right minded person is.

So why have we ascribed such significance to these matters nowadays?

Why is a global crusade for just the right shower head no longer the preserve of royalty or gazillionaire celebrities but a common enough mainstream pursuit? “Fintan sourced them in Cairo when he was over there on a business trip. Absolutely saved the day, I don’t know what we would have done.”

In 40 years time when you invite me over for a jasmine infused green tea I won’t notice the provenance of your kitchen taps.

What I definitely will notice is how many Cormac McCarthy novels and Arcade Fire CDs are on the shelf.

Time to get real.