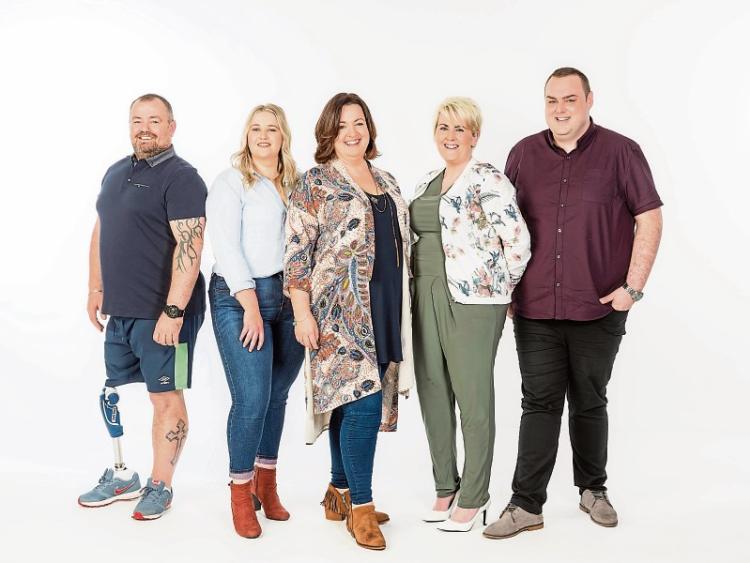 Oh my God, it’s already week 5 out of 8 and the finishing line is in sight, yet we have so much more work to do. So much more!

I want our leaders leaving energised leaving the process with great life skills going forward for the rest of their lives. We have had more drama in the weigh-in which takes place in Rua Red in Tallagh where a permanent studio is set up for the series. The fire brigade challenges are as much about mental fitness and resilience as well as physical. It gives our leaders a ‘bank of brilliant challenging experiences’ that they can draw from so that they can use them in the future when they hit tough times and setbacks. The Operation Transformation Porridge day was such a great health promoting project. On all my years on OT skipping breakfast is one of the biggest culprits of all our participants. So key takeaway is ‘stoke up your furnace early and have breakfast’.

Seán Daly, Clondalkin, Dublin – The reality is hitting in for Sean. Starting at over 24 stone he is well in his way to be under 22 stone losing over 2 stone. Now that’s progress. However the irritability is kicking in. He faced temptation phoned the chippers and quickly put the phone down and had porridge. We need to work out a better impulse control strategy. He was a compulsive overeater and for the first time in his life he feels he has control over this. Its baby steps but Sean is getting there. He was filling a void in his life. He life is from home to work, so I want to explore and gently push the boundaries. There is so much life for living and Sean has so much to give. So a house visit to Sean is on the cards.

Marie Grace Pallasgreen, Co Limerick – Starting at 14st 1lb Marie is heading under 13 stone by the end of the program,. A new mum returning to her previous weight before pregnancy. Having missed her target she got so focused used the disappointment as a great motivator and hit her target. Maire is amazing. I love that week by week people who know her well are saying the ‘old Marie’ is coming back. She is back in her community, with her friends. What I saw was a woman holding on in a small world getting more isolated, what I see now is a women embracing the leadership role empowering herself and her community. Maire has so much resilience, the ability to bounce back after adversity.

Chris McElligott. Dunshaughlin Meath. Chris started off weighing 17stone - 11.5pounds. that’s very heavy. Continuing on like this is putting his mobility in crises and would eventually lead Chris to living a life in a wheelchair. Now we see great progression he will be hitting somewhere in the 15 stone. That’s amazing in 8 weeks given his mobility issues. Also I can tell you when Chris does 5km that’s way more than 5km when walking with a prosthetic leg. There is great progression in his health and confidence. He has a style of all or nothing so Karl who is a genius in capturing the essence of when to push and when to pull back with fitness interventions has pulled Chris back. He is now non weight-bearing in the pool. A most incredible thing happened which overwhelmed me and I will write about soon as these short excerpts wouldn’t do it justice. More of that later!

Maireád Redmond. Starting weight 16 stone 4.5 pounds. She has lost well over a half a stone. Things are not going smooth for Mairead. Operation Transformation has not been an easy fit, not that it was ever going to be, but there has been hiccups. Maireád needs to show up a bit and take on some personal responsibility, OT is such a great opportunity and all the experts are concerned that she is not taking this full opportunity by the scruff of the neck. Getting to these targets takes healthy habits, behaviours, and attitudes. More to do is the verdict from the experts and for Mairead.

Yvonne Keenan Ross. Carlingford, Co Louth. Age: 48. I was very worried about Yvonne but with some good sleep and her family sharing out the chores and a ‘one family one meal’ as the goal she has much more energy. Up to now it was three different meals! One for hubby, one for children and one for Yvonne! Unbelievable no wonder she was wrecked. Week in week out Yvonne shows her wonderful smile. What Yvonne has learned is the power of families doing things together. She here family having fun is a precious thing. And central to his fun is Yvonne. She is immense.