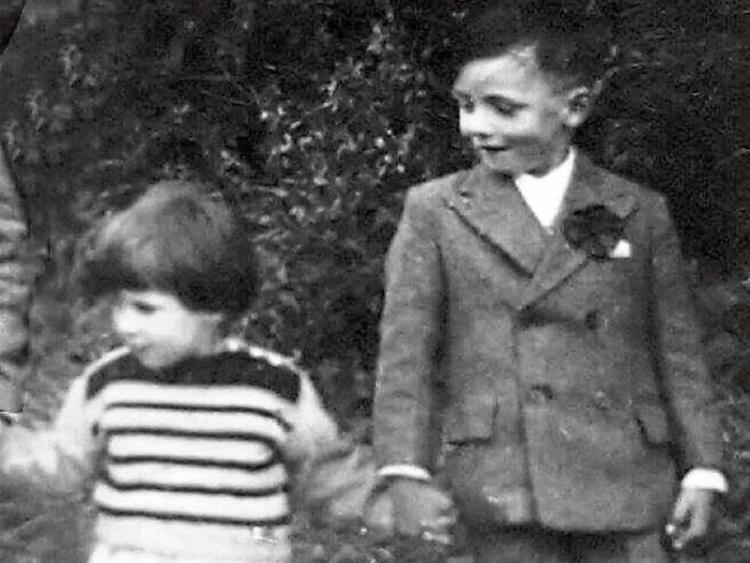 A brother and sister from Rosenallis who completely lost touch half a century ago, are preparing for an emotional reunion.

Julia and John (Sean) Carroll will reunite this Friday March 31, after he was found by Julia's daughter using social media.

The brother and sister had lived with their parents in Cloonagh, Rosenallis, but were parted aged just 5 and 2 when their mother died in 1952, as their working father was unable to mind them by himself.

“My brother was sent to our mother’s relatives and I was sent to live with my grandmother. We were just a mile apart but barely saw each other,” Julia recalls.

“My grandmother died when I was five and then I was sent to my dad’s uncle and aunt to live in Derrycloney, Mountmellick,” she said.

The only siblings saw little of each other until John’s relatives later passed away too and, aged 14, he came to live with the same family as Julia.

“We had three years together, it was fantastic, but then Sean went to New Jersey to work,” said Julia.

She remembers him as a kind boy.

“I remember his kindness, he was very good natured, a good kid to everybody,” she said.

They kept in contact via letter until after Julia was married and her eldest son was born 48 years ago.

She never knew why.

“There was no reason, everything was fine,” she said.

Since then she has searched high and low to find her big brother.

“I’ve been looking for him all my life. I tried the Salvation Army. I wrote to Ted Kennedy. He wrote back and said he’d help but I heard no more. I would lose heart for a while and then something would spark and I would try again,” she said.

“A friend in America got me the phone numbers of all the John Thomas Carrolls in the area, as far as I was concerned there was only one, but there were 125. I rang every one, some answered but none were him. That was seven years ago,” said Julia.

Now Julia Dunne living in Straboe, she has three sons and daughters and is blessed with lots of grandchildren.

“I told her that I knew it would work,” said Julia.

Incredibly, less than 23 hours later, she had indeed found him, safe and well and living in Idaho.

Sean had moved several times for work, most recently as a car dealer, had once been married with a stepson, but has no children of his own. He is now retired.

“Annita didn’t tell me until she was certain, and I was sitting down in her kitchen with a cup of tea. I didn’t know whether to laugh or cry, I went vacant with shock,” said Julia.

That night they spoke on the phone, and they have done so every night since.

“Sean told me last week that we have talked for 118 hours and 35 minutes so far,” she said laughing.

On Christmas day they talked for two hours, and had posted presents.

Every time they say goodbye on the phone brings back painful memories.

“I get so emotional when we are saying goodbye,” Julia said.

“I wanted to fly out the minute I found him, for his 70th birthday on January 3, but he wanted to fly home for my birthday on April 3. I am so excited, it’s even hard to speak, it’s overwhelming, to have found him after all these years,” she said.

She has posted him a copy of the Leinster Express and in turn he posted her an Idaho newspaper, and Annita has sent photos of their home and area as it is today so Sean is prepared for the many changes, when he flies home on March 31.

“He had to go to the Irish consulate to get his passport renewed, he didn’t need it all those years. We have lots of things planned, a trip to Kerry, a canal boat trip in Athy, and a visit to Emo because he has a deep interest in history,” said Julia.

She thanked her daughter for finding Sean.

“I am so grateful to her, she put a lot of work in, it’s fantastic how fast it happened, after how long I was trying,” she said.

She recommends using social media to others.

“It is the only way to go, I hope anyone else who is trying to find someone uses it. It’s a miracle, nothing less,” Julia said.