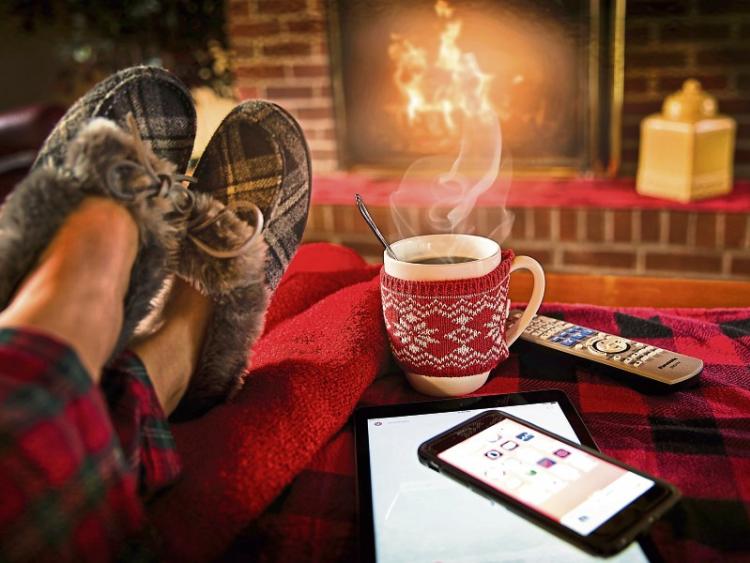 Go out with friends or stay in and clean the house? That was the dilemma that faced me last weekend and it’s one, I’m sure, most parents can relate to.

Daddy Chambers took Aidan and Sarah to Galway on Saturday morning and didn’t come back until Sunday night so I had rare time on my own.

I always struggle to know what to do when I get time to myself, especially overnight time to myself in my own house. My options were to get in touch with some friends who I haven’t seen in an age and suggest a meal out and a few drinks afterwards or stay at home, do some cleaning and just generally lounge around the house not watching cartoons on the television.

Well, I went with the latter. Boring I know but I think those of you that are parents will totally get it and those that aren’t probably think I’m a boring biddy! It was bliss though. Pure bliss.

The silence was amazing. I got to watch a full hurling game in total peace and a didn’t even have to hide the bar of chocolate I had with my coffee!

After they all left the house was upside down so I quickly got to tidying that up and hours later it was still tidy. An immense thing for a parent!

All the Duplo remained in boxes, the cushions were on the sofa and not the floor and nobody jumped on my freshly made beds. Heaven.

Instead of hitting the tiles that evening I hit the sofa and it’s cushions and struggled to decide whether to have a glass of wine or not. I didn’t want to be a saddo and sit in on a Saturday, drinking wine by myself.

On the other hand, I could actually afford a bit of a hangover because I knew I didn’t have to be up at the crack of dawn; for once I could just wake up naturally. So on that basis I got the corkscrew out and popped the bottle open and thoroughly enjoyed it too!

And sure then I got terrible lazy altogether. I logged on to JustEat.ie and got myself a takeaway delivered. I cook for four people almost every single day so I think I deserved it!

All of a sudden it was midnight and the bottle of wine was empty. I felt like an awful dipso; sitting at home on my dressing gown, on my own, sculling wine! What’s seldom is wonderful though.

I smugly headed off to the leaba knowing I could get up whenever the hell I wanted to on Sunday morning. Jaysis, it was like a dream come true!

I ate all my breakfast myself. Normally I have two small people sticking their fingers into my cornflakes and helping themselves. I even watched a load of crap reality shows on the TV just because I could. And I’m not going to tell you what time I got dressed at!

To people without children this probably all seems normal, well apart from drinking a bottle of wine on your own in your dressing gown that is!

But it’s so not normal when you have smallies. It’s so very rare.

Now I’m going to owe Daddy Chambers big time though! That’s the crap thing about getting time off. If he harps on too much about it I will be reminding him that he got two days away in London with his brother recently.

Actually, the legend that is Nanny Chambers is giving the two of us a night away together very soon. Now that’s a really rare thing.

Randomly we are heading to a hotel in Doolin, while Aidan and Sarah stay in Galway overnight. I’m sure we will have the same dilemma, go a bit mad or head to bed early in order to be refreshed heading home.

Somehow, this time I think we’ll head out and sample the delights of Doolin and pray to God above that the hangover doesn't strike.