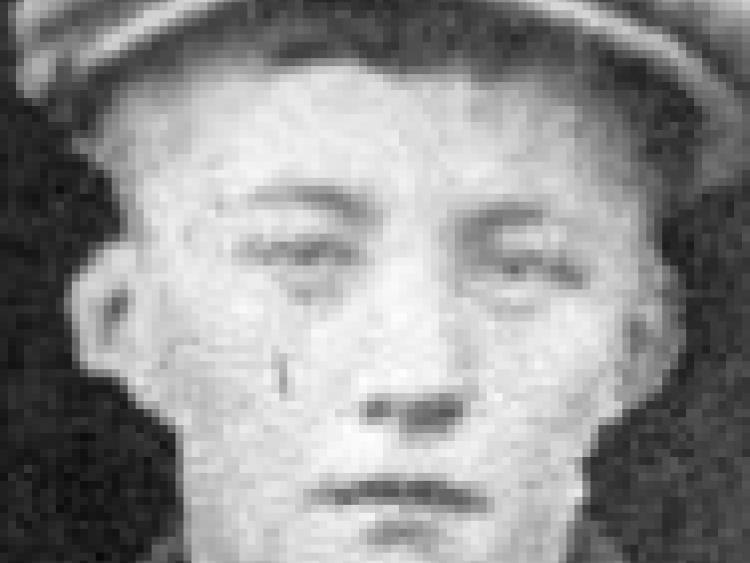 The Civic Guard was founded in February 1922 and would be sent out amongst the people in the early part of September of the same year. The civil war was still ongoing at that point and the Gardaí were greeted with hostility in many republican areas.

It seemed only a matter of time before a Garda would find himself at the wrong end of an IRA bullet and so it proved. Laois native Henry Phelan would be the first unfortunate victim.

Henry Phelan was born on Christmas Day in 1899 in the townland of Rushin, just outside Mountrath in what we now know as Laois but was then called Queen’s County. He was the youngest of a family of nine children but when he was a small baby his father had died, forcing his widow and children to run the farm alone.

Despite this, Henry received a remarkably thorough education for the time, attending Paddock National School until the ripe age of 16 when he left to work on the farm. As he grew older he became interested in nationalism, eventually following the well-worn path of many of his generation to serve in the IRA during the war of independence.

Although Laois had been relatively quiet during the period, Henry was described as "an active member of the IRA flying column" in the Black and Tan War by no less than Eoin O’Duffy, Garda Commissioner. This was despite the fact that he had three older brothers who were officers in the RIC, one of the IRA’s prime targets.

After the truce had been signed, Phelan continued working as a farmer in Mountrath but had designs on membership of the Civic Guard. He applied and was quickly accepted into the force, undergoing a short period of training in the Curragh.

After he qualified he was amongst the first detachment of twenty-six Gardaí sent to the old RIC barracks on Parliament Street in Kilkenny City on 27 September 1922. At the end of October, along with twelve of his colleagues and a sergeant, Phelan was transferred to Callan.

Just after 3pm on Tuesday, 14 November 1922, Henry Phelan, along with two colleagues, Garda Irwin and Garda Flood, were granted an afternoon’s leave from their superior officer Sergeant Kilroy. The men had decided to cycle the five miles to Mullinahone in Co Tipperary.

The trip was a recreational one and the Guards’ intention was to buy a sliotar and hurleys for a new team that Guard Phelan was attempting to set up in the Callan district. Like much of the county of Tipperary, Mullinahone was supposedly under the command of the government at that time but realistically the anti-Treaty IRA held great power in the area.

Phelan and his colleagues succeeded in their mission of purchasing the goods, afterwards deciding to go to Miss Mullally’s licenced premises and general grocers on Kickham Street. The men ordered and were given a couple of glasses of lemonade which they finished quickly. Just then three armed men rushed into the premises.

The first of the intruders produced a revolver, while the man directly behind him held a rifle level with his hip. The first man fired a shot in the direction of the three men from a distance of about three or four yards. It hit Garda Phelan in the face and he fell heavily onto the pub’s floor. The belated order was then given by the second man “Hands up.”

The remaining two Gardaí were horrified but complied with the command. The shooter then asked the shocked policemen if they had any arms. They replied that they did not. The second raider, who was still pointing a rifle at Garda Irwin and Flood, seemed just as surprised by the shooting as the two Gardaí and he asked his compatriot “What are you after doing; why did you fire?” The first man muttered something inaudible and placed the revolver back in its holster.

The third man was still standing at the door and said nothing during the altercation. Garda Flood begged the men to allow him come to the aid of the stricken Henry Phelan, who was still lying on his face and hands. They replied “You may.” They then left as the remaining Gardaí went for help. The local doctor came swiftly but could not be of any assistance as the Garda was already dead. Henry Phelan had not spoken after the shot and died almost instantly.

Word spread quickly about the first member of the Civic Guard to be killed in the new State. Phelan’s body was laid out in the pub initially but removed from Mullinahone to Callan by motor car that night. The locals were already aware of the senseless shooting and large crowds awaited the hearse.

The Garda’s remains lay in the barracks through Tuesday night and early Wednesday and "they were visited by throngs of people and fervent prayers were offered up for the repose of his soul." A large crowd gathered to mourn at the Garda’s funeral in Callan as all the businesses and houses closed and drew their blinds. Several other Gardaí carried the coffin while a contingent of National Army soldiers watched on before the cortege travelled the forty-two miles onwards to Mountrath where he was buried.

The inquest into Garda Phelan’s death was held at 12pm on Thursday, 16 November. It heard that he had died instantly after being shot in the jaw. A deeply affected Miss Mullally appeared in the stand and outlined the events of the day, agreeing to write down the name of the man she believed had carried out the shooting.

A verdict of murder against persons unknown was agreed. It would be at this point that the government took the gloves off in the civil war against the IRA. Three days after Garda Phelan’s death, four anti-Treaty IRA soldiers became the first people to be executed by the Irish State after being found to have guns in their possession illegally. The executions would come thick and fast from then on, 81 republicans being executed in the course of the civil war alone.

As for the actual shooting of Henry Phelan, it would be almost two years before anyone was detained. In August 1924 local houses suffered surprise raids. Two local republicans were finally arrested by Gardaí and Military Police and charged with the Garda’s killing.

The first was James Daly, a labourer and ex-British soldier from Coolagh, four miles from Callan. The second man was named Philip Leahy and was a farmer’s son and native of Poulacapple, just inside the Co Tipperary border. Neither Daly nor Leahy were alleged to have fired the shot but both were described as “aiders and abettors” to the crime.

The prisoners, described as having a respectable appearance, appeared before the District Court in Kilkenny three days later. Neither man would participate in the trial, however. Both sat facing away from the judge and refused to take their hats off their heads or stand up, merely stating that they refused to recognise the courts. This was in spite of the Garda present forcibly removing their headgear and admonishing them for not respecting the process.

Superintendent Feore told the court that when arrested, the men had told Gardaí that they had nothing to do with the crime. It was also mentioned that neither man was accused of murder and that although the name of the man thought to have fired the shot was known, he was not before the court at that present time as the Gardaí were unable to locate him.

Garda Flood entered the witness box and reiterated his version of events on that fateful day. He would not conclusively identify the prisoners, however. Garda Irwin was similarly unable to definitively place the defendants at the scene of the crime. No other real evidence was forthcoming and the men were acquitted. The perpetrator would never be brought to justice, in spite of the fact that Miss Mullally had been able to identify him.

It was speculated in later years that Phelan, the only Garda killed during the civil war, was mistaken for his brother, an RIC officer, or for another man who had served in the police who had the same name as his brother. Other accounts claim that local people were unaware that the Gardaí were unarmed, due to the lack of communication into the town in those troubled times, and that the raiders had gone in to procure arms before the gun had gone off accidentally.

Either way, the shooter had allegedly been spirited away to America in the aftermath of the crime, never to face justice for the act. The shooting of the young Garda was extremely unpopular, locally and nationally, however. He had been unarmed and posed no threat to the gunmen. Less than one month after his death, a general order by the IRA was circulated instructing volunteers not to fire on unarmed Gardaí.

Colm Wallace has written a book “The Fallen: Gardaí Killed in Service 1922-1949” about twenty-one Gardaí killed in the line of duty in the Irish Free State. It is available in all good book shops and is also available on amazon.com