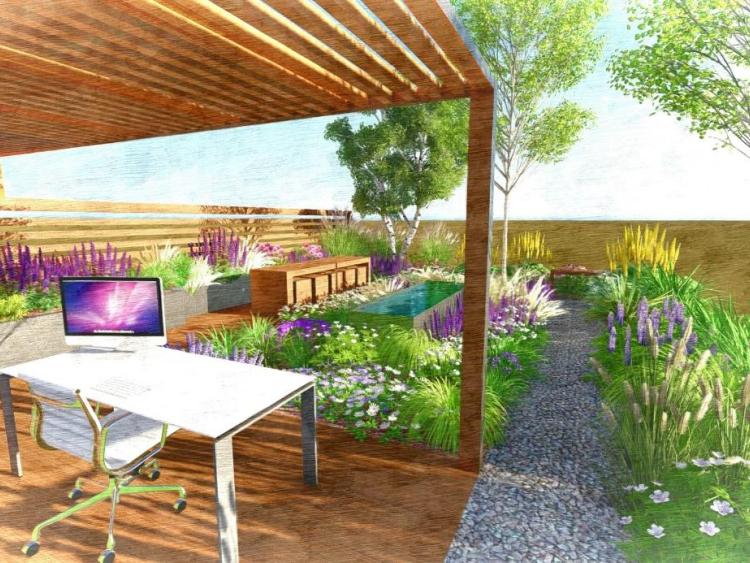 Brian Burke on the image of gardening as being the preserve of middle aged and older people .

So, there I was the other day leafing through The Guardian trying to look cool when I happened upon something very interesting. It was an article by Kim Stoddart which touched upon a few ways in which gardening, in the U.K. at any rate, is slowly but steadily developing an appeal for younger generations.

Now quite obviously I was going to sit up and take notice as it is concerned primarily with something that I have been relentlessly banging on about for an age; getting the young, first of all, up off the couch and secondly out and into the garden.

And part and parcel of that whole debate is another related area which of late has also been of concern to me; the gardening demographic.

I am quite concerned with the gardening demographic. To the point that the outline ideas for Bloom 2018 which have been floating around in my head these past couple of weeks are ideas which, to my mind, might have a role to play in countering the widely held perception that gardening is only for the middle aged and beyond.

I’m not a fan of widely held perceptions in general, and that one in particular so I have been trying to conjure workable concepts around ideas such as punk rock gardens. Would Hot Press sponsor a Show Garden for me? We’ll soon find out.

So, horticulture and gardening have a bit of an image issue. I have heard Bloom routinely described as "Electric Picnic for ‘auld ones." Kim Stoddart cites how, when she divulges to new acquaintances that she is obsessed with gardening, she regularly hears, "Gardening, aren’t you a bit young for that?" in response. She is in her early forties.

Young artists between the ages of 12 and 25 were asked to outline how they would highlight, through art, the plight of wild flowers and their native meadow habitats and the bees, butterflies and other insects which rely on them for food. It is estimated that 95% of these habitats have been lost since the 1930s. The resulting artwork, which covers everything from poetry and embroidery through to sculpture and steel band music makes for a vibrant wildflower homage.

The theme of this year’s Tatton Park show is urban greening, with the aspiring designers tasked with demonstrating what a fusion of garden and office means to them. Twenty-five year old Jake Curley’s garden which is designed to enhance creativity and happiness by immersing a functional space into a natural setting looks particularly interesting, and addresses a common dilemma.

It is encouraging to see a growing number of schools here and in the U.K. creating gardening spaces within their grounds. It is a no-brainer that horticulture, and in particular fruit and veg production, should be part of the school curriculum. It is limitlessly educational and provides a therapeutic balance to the results-driven pressures under which young people are compelled to operate.

The fact is that gardening is fun, especially if you learn to do things your own way rather than just following traditional advice. What’s not to like about the ability to create something lovely out of the tiniest seed?

It’s wholesome, enriching, healthy and empowering.  And it costs less than Call of Duty IV to get started.