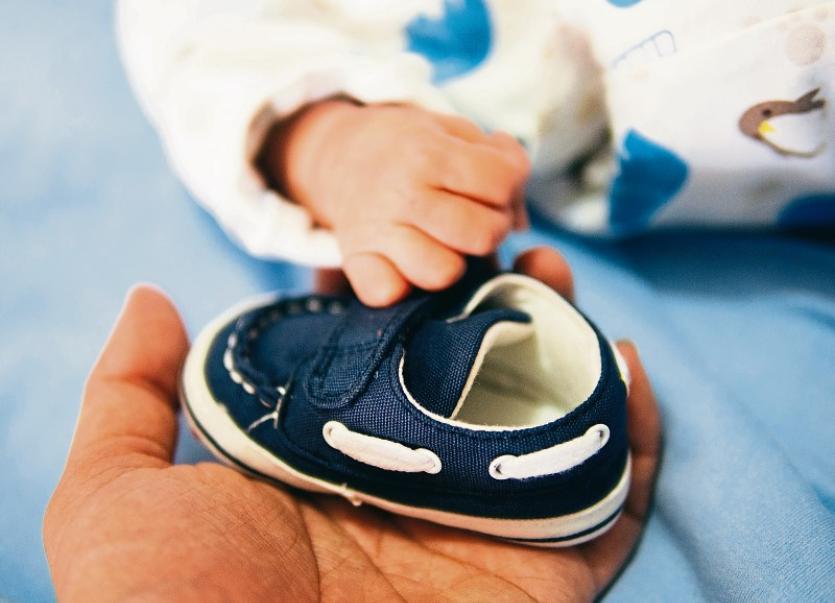 My sister-in-law and her husband welcomed their fourth child into the world last week. A perfect little girl. She’s the youngest of four so my sister-in-law is well versed in being a mammy.

I am too. I might have half the amount of children she does but I have four years under my belt. Sometimes I feel like I’m winging it, which I probably am but when I think back to the early days with Aidan, I laugh at some of my carry on.

So now, in retrospect, here a few bits of advice I’d give myself.

I think this is one piece of advice that a lot of seasoned parents would give new or expectant parents. I bought some amount of useless stuff before Aidan was born and during his early months. A top and tail basin; a swaddle pod; 59 cellular blankets; and that book, What to Expect, the First Year.

2. You can seriously do without a top and tail basin!

First up any old bowl will do as a top and tail basin. A cellular blanket or a simple muslin will swaddle a baby, you do not need a strange looking suit with a zip in it to wrap your baba up like a burrito. And speaking of cellular blankets, I swear I could have opened a cellular blanket shop when Aidan arrived! My hotpress was heaving with them! Anyone in the market for cellular blankets?!

Now I am fully aware baby comes first and routine is important but I took it to a whole new level! So after a few months of his life I decided Aidan needed a routine. Pretty normal you would think. I decided on a 7am rising time for him, a nap at 11am, up at 1pm, another nap at 3pm to 5pm and lights out for the night at 7pm. It worked too. Aidan was some wee man to sleep. However, I insisted that every single nap he took had to be in his cot, at home with the curtains pulled. I didn’t deviate from it. I ran errands during his very few waking hours. I used to break in to a cold sweat at 2.50pm if I was still at the checkout in Tesco. I’m going to be late home for his nap, I thought to myself. His whole routine would be thrown out of sync forever or at least that’s what my mad mind used to tell me. I frequently missed out on things, like a cup of coffee with a friend or a walk in the park with a friend because I was so anal about getting him and into his cot.

I will admit the routine was good for him but I should have relaxed a bit on it. I should have allowed him the odd nap in his buggy or in his car seat and saved myself all the stressing and rushing!

For some strange reason I was always willing the next big step to come. Like weaning for example. The World Health Organisation recommends waiting until a baby is six months old to introduce solids. There are articles out there that will tell you it’s fine to do it from 17 weeks. So the minute Aidan turned 17 weeks I got the hand blender out and I pressed on! Now it hasn’t done him any harm but two more months of just bottles would have been way easier. I put so much pressure on myself batch cooking and Annabel Karmel-ing him up to his eyeballs. Second time round Sarah done baby-led weaning from six months on and it was so much easier. Not to mention so much more relaxed.

Seriously, why would a tiny human, who can’t walk and lies on the flat of his or her back, have a need for shoes?! I wasn’t of the same thinking four years ago though. I got so sucked in my cute pram shoes and ‘invested’ in many pairs. Nine times out of ten he kicked them off and half of them fell out of the buggy and were never to be seen again. Believe me, they may be cute, but they are more hassle than they are worth.

6. It’s no big deal if he sleeps on his belly

Aidan, after a couple of months, decided lying on his back was not a comfortable sleeping position and used to flip over on his belly. Well, it totally freaked me out. There were nights I lay in his room monitoring his movements. When he turned I used to flip him back. In the morning I always found him back on his belly. Do you know what? He was grand. Not a bother on him. He’s lived to tell the tale. Don’t worry too much about it!

So if you were to rewind time, what would you tell yourself as a new parent?