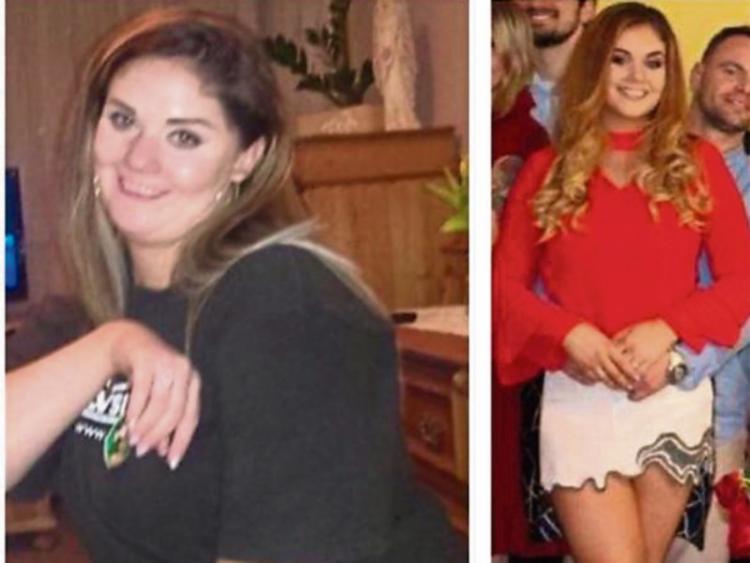 Sinéad O'Neill before and after.

Sinéad O'Neill from Portlaoise has lost an amazing two stone in five months.

Before losing 2 stone Sinéad didn't know who she was anymore, she knew the reason, deep down, was her weight, she knew she had to do something about it. But felt so lost.

Just a few months ago she described herself as being; unhappy, conscious, embarrassed & in no way confident.

"Five months ago, I was depressed, overly- anxious, suffering with pain & struggling with daily tasks. I would even shop at certain hours when I knew there would be less people about. I wasn't enjoying life. I didn't want to do anything. I had given up on myself. I looked in the mirror and cried," she said.

She recalls with tears in her eyes. But She then decided to look up slimming groups in Portlaoise, and had seen great results online.

"I was unsure of how to feel the first day I attended group. There was a mix of emotions, excitement, nervousness & anxiousness," said Sinéad.

She described being overwhelmed with the warm welcome she got, everyone was smiling and chatting, people were laughing and drinking coffee.

"It was such a relaxed and friendly atmosphere," she says.

From the end of January until now, Sinéad says the group has been so supportive.

"I have made friends for life. We share ideas, recipes and so much more! It feels like family. I look forward to group each week, and feel like I've missed out if I don't go!"

She goes on to say how her consultant always gave her the confidence to keep going and was always only a text or phone call away. Before joining at the end of January, Sinéad felt like she had lost herself, and as little as 2 weeks in, she was starting to find herself again.

"In my first week at Slimming World I lost 4.5 pounds, and I got my 1/2 stone award in week 2!" Sinéad went on to explain how she used to eat less and skip meals thinking it was 'healthy', and then other times she would completely over-eat the wrong things.

"I didn't know how to have balance, which I have learned through Slimming World," she says.

Sinéad insists that she still has a social life, and an even better one at that. She's also happier and healthier than ever. She says all she has done is made a few simple changes and now makes healthier, delicious meals.

What she enjoys is still being able to have her favourite sweet and savoury snacks and a glass of wine, without feeling guilty.

"I still can't believe the amount of food I can have with NO counting and still lose weight!"

She says friends and family come around to her place for dinner and they don't even realise that they are eating healthily.

"The list is endless and I've never enjoyed food so much!"

Today, Sinéad has a genuine smile on her face and now feels confident with her new body image, she told us.

"I can wear clothes that I've always wanted and wear them with confidence. I can now speak in public and go places on my own," she says.

She has taken up swimming and even bought a bike. Sinéad has turned her life around and is now enjoying living, she wishes she had started her journey sooner and not been so afraid.

With the excitement of relaunching her new group, she explains why she wanted to become a consultant.

"Slimming World has changed my life for the better in less than six months and I'm so happy I have made this lifestyle change. I've learned that I'm important, and I deserve this. I want others to realise this too. I want to help other people who struggle because I understand and I've been there," she says.