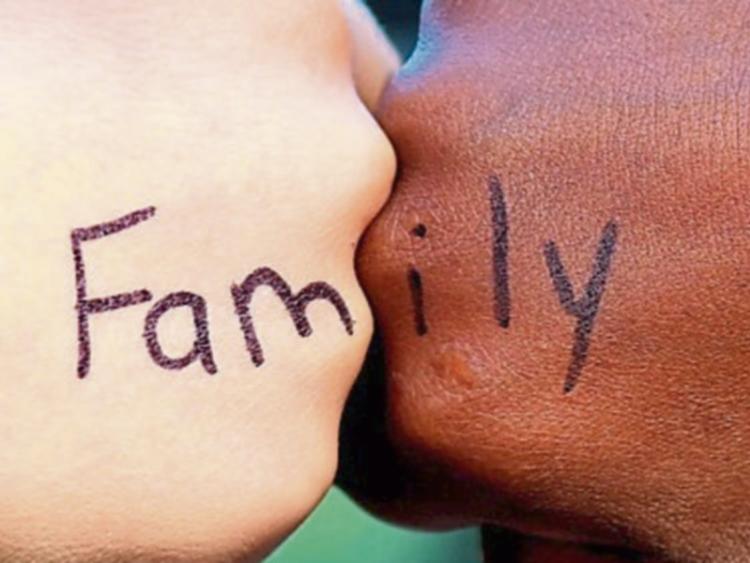 Steven (not his real name) writes: “Dr. Eddie, I work in the city, I am successful in my area, but at times there is an emptiness inside me, let me explain. I was adopted as a young child – a foreign adoption as people say, and I suppose that how I feel foreign – to myself and others.

Ethnically I don’t stand out. My adoptive parents are wonderful loving people and love me dearly and I love them, yet at times there is a void. Many years ago when I was in college I went off the rails, this I think related to me trying to find my identity.

I wonder how my parents left me in an orphanage. I find that hard to think about. Even now I am still find it difficult.

I married about 6 years ago and we have two young children, I am concerned that I will pass on this sense of emptiness to my children, or they will pick up on this and it will impact on them. Any advice welcomed.”

Steven, when it comes to adoption it’s a very sensitive issue and one that can evoke very powerful emotions.

My experiences are the more I have worked in this area the more I have learned. I have worked with significant numbers of individuals associated with Irish and foreign adoptions including —adopted person (assessing children, working with numerous adolescences), siblings, the birth parents, and the adoptive parents.

It would be wrong to make broad statements about such a large and diverse group as adopted persons.

The most important thing to say is that adopted persons generally lead lives that are no different from the lives of nonadopted persons.

Sometimes they have experiences that are unique to being adopted, and these experiences may have an impact on their lives at various times, particularly around the transition of marriage / young children.

Regardless of being adopted or not, a lot of people come to therapy propelled by having young children and a desire by the adult seeking therapy to change something or not wanting to be like their own parents!

Several themes emerge from both the personal accounts of adopted persons and from research.

Loss and Grief. For some the loss of the birth parents as a result of adoption may set the stage for the feelings of loss coupled with a search for self, are two processes that can contribute to shaping the psychological development of adopted persons.

Many losses can be at play along with the loss of birth mother and birth father, the adopted person may experience the loss of brothers and sisters, as well as grandparents, aunts and uncles, cousins, language and culture.

Feelings of rejection and abandonment by the birth parents, are frequent themes recounted by adopted persons about their experiences in the safe therapy office.

For many there is no space to articulate these feelings as discussing these feelings can bring about feelings of guilt towards their adoptive parents. Out of respect for adoptive parents the journey of seeking is often put off for many years. Adopted persons, as children and as adults, may wonder why they were placed for adoption or what was "wrong" with them that caused their birth parents to give them up. Grief is a common reaction.

The adopted adolescent's identity development includes questions about the biological family, why he or she was placed for adoption, what became of the birth parents, whether the adolescent resembles the birth parents in looks or in other characteristics, and where the adolescent "belongs" in terms of education, social class, culture, peer group, and more.

The question of the influence of nature (inherited traits) versus nurture (acquired traits) may become very real to the adopted adolescent, who is trying to determine the impact of all of these influences on his or her own identity.

Accompanying these issues of identity are issues of self-esteem-that is, how the adopted person feels about him or herself.

Many adopted persons are helped by support groups where they can talk about their feelings with others who have similar experiences.

The support group may provide a long-needed outlet for any lingering feelings of loss or grief. In addition, support groups may provide help for the adopted person with the decision of whether to search for birth relatives or other issues.

For many adopted persons, reading about the experiences of others can be a helpful coping mechanism.

Knowing that there are others who have gone through similar experiences can provide reassurance that these feelings and experiences are normal.

More and more adopted persons are acting on their desire to search for their birth families. Reports of adoption reunions are mixed; some lead to happy new relationships, and some do not.

The decision to initiate a search is a personal one.

In signing off it is worth noting the positivity that adoptive parents offer vulnerable children.

What I see is a talented, resilient, resourceful man with some particular vulnerabilities – just like us all, no different, but unique.