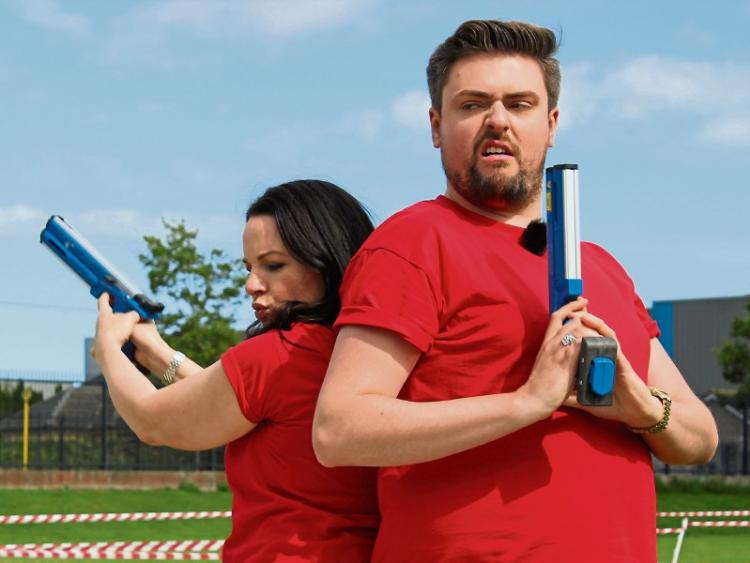 Our five leaders have put themselves into a space where health and wellbeing is more central to their lives.

What is amazing are the gains that each leader has made in four weeks. Let’s take a look;

In total over the four weeks Mary has lost 11.5lbs. In over six weeks she has lost 17.5lbs. This week Mary lost zero lbs, but also did not put up any weight.

That’s important, as losing weight is not a linear process with loss after loss week after week.

More importantly what we have witnessed is a wonderful women, an open and honest person whose mood has dramatically increased and stayed stable.

A woman who hobbled into OT on two crutches and whose physio has commended her mobility improvement.

A person who has confronted her hoarding habit on national TV. Mary said she discovered things about herself; that she is stronger than she thinks, that she was only existing and now she is living.

She has changed her toxic environment to one of wellness that allows her to thrive. Mary Byrne is a class act.

The singer improved her overall fitness levels by 25pc, thanks to her efforts in the show.

Kayleigh has fought many battles in her life and now I think she is at the start of the biggest fight of her life; that for her health.

I would love Kayleigh to be an OT ambassador supporting other young people to change towards health.

I cautioned Kayleigh to see health not in a deprivation way such as not eating chinese, chocolate, crisps but one where its towards positives.

I mean by this an orientation to energy, mobility, wellness, being connected, what you have gained as opposed to losing.

Kayleigh reignited her love of horse riding. Finding something to get up for in the morning is critical. For Kayleigh it’s a watch this space.

He recorded the biggest overall weight loss of the entire group, dropping 1st 5.5lb, down from 17st 12.5lb.

In terms of bulk, the man from Malahide lost a total of 20 inches, including six inches off his waistline, as he followed the vigorous exercise and healthy-eating regime.

James brought something different to OT, he made exercise fun.

But I can certainly tell you that underneath this fun was a person who was working so hard.

You don’t lose 4lbs a week just by wearing funny headbands. He looks amazing and his body confidence has soared over the program.

James embraced everything from the get go, his motto was Operation Preparation and this was the key. Given that he is at many events he has a great capacity now not to mindlessly eat.

James will make a great Operation Transformation ambassador and his influence will get to the ‘millennium generation’ where it’s badly needed.

Gary literally shrank in front of our eyes. He lost 4.5lbs this week, losing 1st and 4lbs in total.

By increasing the intensity of his workouts as he got fitter he nailed his target.

His wife Annette a school teacher keeps him on the straight and narrow.

For Gary going forward, he is ready to embrace events such as half marathons and triathlons.

He has moved from his baseline fitness of 10%, measured by Prof Niall Moyna's assessment in DCU, to a person of average fitness. Now that’s in just four weeks. That’s incredible.

Triona lost another 3lbs this week giving an overall weight loss of 11lbs.

Over time she integrated the Operation Transformation plan into her busy schedule.

Fashion is such a cental part of Triona’s life and work and having dropped a dress size she is extremely happy with that.

At home we saw at the start a dynamic with Maxi & Mini around chocolate which was used a reward and punishment.

Thankfully this has stopped. Triona brought feisty fun to OT, ‘Party McCarthy’ was fun but also is ‘Smarty McCarthy’.

Getting the balance right between the two McCarthy’s is Triona’s challenge.

Celebrity Operation Transformation is short and sweet and it’s over fast.

The real world transformations again were not on the weighing scales but in the inner transformation of confidence, personal empowerment, joy, and a passion for life and living.

The public are now being invited to apply for the 11th series of the show, which airs in January. People can apply to be leaders for the eleventh series online at rte.ie/ot or call the OT team on 01 8641444.