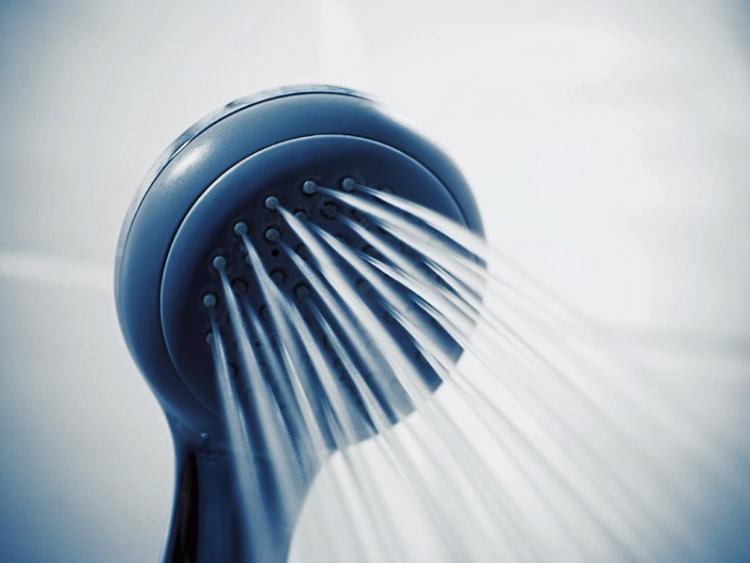 It’s a good job that the shower unit in our ensuite is quite big. I got home from the gym last Sunday and headed straight to it. Aidan announced he was coming in with me and as soon as Sarah got wind of this she decided she wanted to come too.

Before I could say no to them, they were both stripped and ready to go!

That’s the thing about kids, they give you no privacy whatsoever. The days of long and relaxing showers are well and truly over in our house. I must admit that having the two of them in with me last weekend was a first though! As you can imagine it was anything but relaxing and to make matters worse Sarah thought it would be a great idea to open my Redken shampoo and pour most of it down the drain!

Showers aren’t the only thing affected either. It’s a cliche but we honestly get zero privacy in our own home during daylight hours. When I head for the loo they march after me and have full blown conversations with me while I do my business. Sarah likes to supply the toilet roll and most times unravels the whole roll and hands it to me. She also loves to flush the loo when I’m on it. She kindly offers me the toddler step to pop my feet up on and then stands in front of me asking me 101 questions! Are they your trousers, mammy? You nearly finished, mammy? What you doing mammy? Can I use the toilet mammy? And God knows what else she could come out with.

Getting dressed is yet another time they love to plague me! They ask, every single day, which body part is called what and Aidan has taken to prodding me in the stomach telling me there’s a baby in it! There’s not by the way! His auntie Caroline has a baby in her belly and now he wants me to get one for my belly. It’s not happening but he has picked a name for this phantom baby. It’s going to be called Baby Jesus Aidan and will sleep in Sarah’s cot so him and Daddy Chambers are going to have to make a big girl bed for Sarah and it has to be pink! You just have to love their little minds!

I never thought I’d admit this but a few weeks ago I stuck on cartoons for them, headed to the kitchen, made a coffee and took out a Twix bar I had stashed away in the back of a press. Just to be doubly sure I’d enjoy it, I headed down the hall, turned right into the bathroom, closed the door, put the lid of the loo down and sat, all set to drink a lovely coffee and more importantly, enjoy some chocolate in peace!

Kids have chocolate radars though! As soon as my arse hit the loo they two of them were at the door to tell me they wanted a different cartoon. The bloody cartoon was long forgotten about when they spotted the gold wrapper. They wanted a finger each. Like the whole bar. After meltdowns from both of them, we compromised and split one of the fingers between the two of them and off they trotted back to the tele and to mash most of the Twix into the sofa! My coffee was luke warm and the good was taken out of the ‘me time’.

Phone calls are another thing that are next to impossible with two small ones in the house. A few weeks ago Sarah got her hands on our alarm buzzer and without us knowing, pressed the panic button. The next minute the house phone was ringing and I knew it was the company that monitors our alarm. Aidan got to the phone before me though and there was no way he was handing it over. He was having a great natter with your man on the phone. He was telling him about Trolls the movie, about how he gets to help out in school and that he loves pizza! It took me three minutes to convince him to give it to me so I could tell the security guy that it was the other child that set the alarm off.

As for doing my make up, well a ten minute job can turn into an ordeal, which is quite annoying when you’re under pressure to get out to work in the mornings. Aidan just loves my make up brushes but loves to use them on walls, or stick them in his mouth. Sarah is more interested in products, particularly lipstick. She digs her little fingers into the tubes and dents the hell out of the lipstick. She twists it to the last and smears it all over her face and announces, ‘me pretty mammy’! And don’t talk to me about blusher.

I’ve lost count of the amount of pallets she’s let fall from the bed and onto the floor, smashing them into smithereens and every woman who loves a bit of make up knows that smashed up blusher is no fun at all! It’s a good job they are cute, isn’t it?!