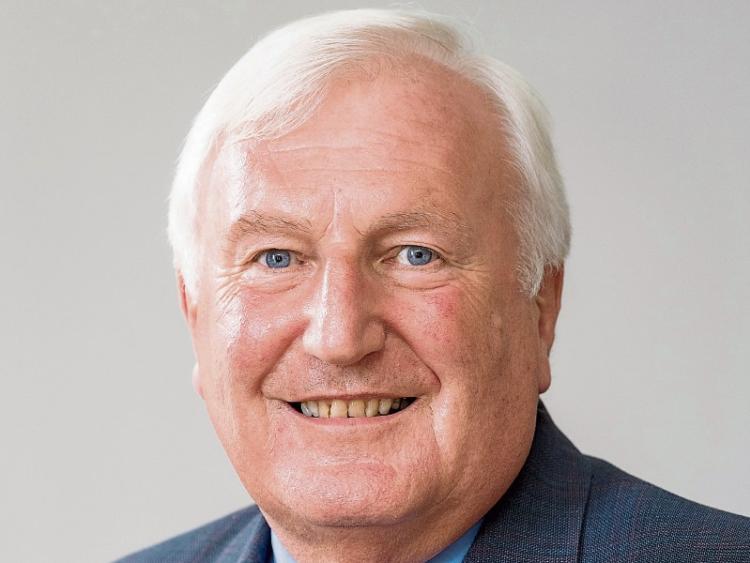 The Heritage Council of Ireland has a new chairman, the retired Portlaoise principal Michael Parsons who is also the chairman of Laois Heritage Society.

Mr Parsons was officially appointed by the then Minister for Culture, Heritage and the Gaeltacht, Heather Humphreys on November 29.

Speaking to the Leinster Express, Mr Parsons was looking forward to his role.

“I'm very pleased, I have been the acting chairman since last December, but I hope I can work at promoting heritage to communities all over Ireland, and I look forward to working under the new Minister,” he said.

He sees his role as “trying to empower the great work done by communities all over Ireland to promote their heritage, both built, natural and cultural.”

He served as principal of Portlaoise Vocational School for 34 years.

“Obviously I am interested in encouraging education of our heritage. I am nearly a native Laois man now, I've been here for 55 years, and I was teaching in Portlaoise for 37 years,” he said.

His new role has a nationwide remit, but he will contine to work to promote Laois through being the Chairman of Laois Heritage Society.

“I will continue to work with all the members to celebrate our Laois heritage. The Heritage Council has been very supportive of Laois, particularly the Donaghmore Famine Museum, the Old Fort Protector in Portlaoise and St Peter's Graveyard,” he said.

Nationally he is looking forward to the European Year of Cultural Heritage in 2018, and to overseeing Heritage Week, which last summer saw half a million people take part in events.

“The appointment of Michael Parsons as Chairman of the Heritage Council is in recognition of his long standing commitment to, and understanding of the importance of our national heritage. He is ideally placed to lead the Council through the next stage of its development in close collaboration with my Department,” she said.

“He was also deeply involved in the establishment of the Creative Engagement Programme for secondary schools. This operates nationally through the National Association of Principals and Deputy Principals of which he is a former President.

“In his work to date and in the presentation to the Oireachtas Committee, Mr Parsons emphasised the significance of education in day to day life and stressed his commitment to fostering new initiatives as Chairman.”

“2018 is a critical year for the organisation and will see the publication of a new Strategic Plan to provide a clear focus for the Chairman’s leadership,” he said.

“It is a great honour for Laois Heritage Society, of which he is the current chairman and has been such an active member for over 30 years,” said Teddy.

“Members of the Society had the privilege of nominating him to for consideration as a member of the board of the Heritage Council a few years ago and we were delighted when he was appointed.

“This latest appointment is really the icing on the cake for Michael and for all of us all involved in Laois heritage who are so pleased that his talents, experience and achievements in this field are fully recognised.

“I have worked alongside Michael with Laois Heritage Society and on various worthwhile heritage projects in Laois for over a quarter of a century and have got to know, at first hand, of his deep interest, his dedication, his tact and his ability to identify a good project and see it to fruition.

“He gives his time and his talents freely in promoting a love of heritage and a pride in ones place, especially among the young people and schools of the county and further afield,” said Teddy.