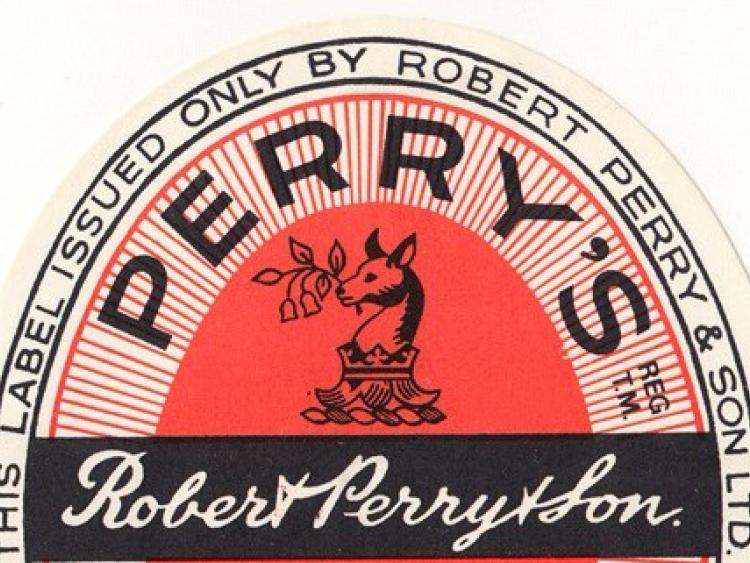 The label from a Perry's Ale that was brewed in Rathdowney.

It could have been described as Laois' very own craft beer-Perry’s Ale that was brewed in Rathdowney.

Alas, the famed tipple went off the market more than a half-century ago but it hasn’t been forgotten. As part of a local study project, Rathdowney Men’s Shed is helping to digitalize the Perry’s Brewery Archive.

So Director of Services Donal Brennan revealed in a written report to a recent Borris-in-Ossory/Mountmellick Municipal District meeting.   Brennan’s report stressed the importance of libraries in Rathdowney and other towns in the Municipal District.

Rathdowney based Chairman John King, himself a Rathdowney representative, said there was great information about Perry’s.

Messrs Robert Perry & Son Limited were registered as a limited company in 1877, but the brewery dates back to 1800 when it was started by the Perry family. The brewery was located in Rathdowney

The brewery was linked to maltings in Donaghmore, Roscrea, and only Irish barley was used. It is claimed that they were the first brewer to chill and filter ale in around 1900.

The brewery had the distinction of holding a Royal warrant as brewers to Queen Victoria.

Their standard ale was stronger than Smithwicks. It was reputedly the contract ale served at the evening meal Trinity College, Dublin. Two were 'railed' to Kingsbridge station (now Heuston) every week for Trinity.

The trade to fall away from 1950 their trade deteriorated and losses were incurred.

The Directors of Robert Perry & Son Ltd decided that operations would cease at the brewery and maltings in Rathdowney from October 1966.

All orders for Perry's Ale after that were to be directed to E. Smithwick & Sons Ltd, Kilkenny.

Perry's Brewery was later converted into a successful meat processing plant, Meadow Meats, which was a subsidiary of Arthur Guinness Son and Co. (Dublin) Limited.

Laois is again home to some craft beer breweries. These include 12 Acres Ballykilcavan