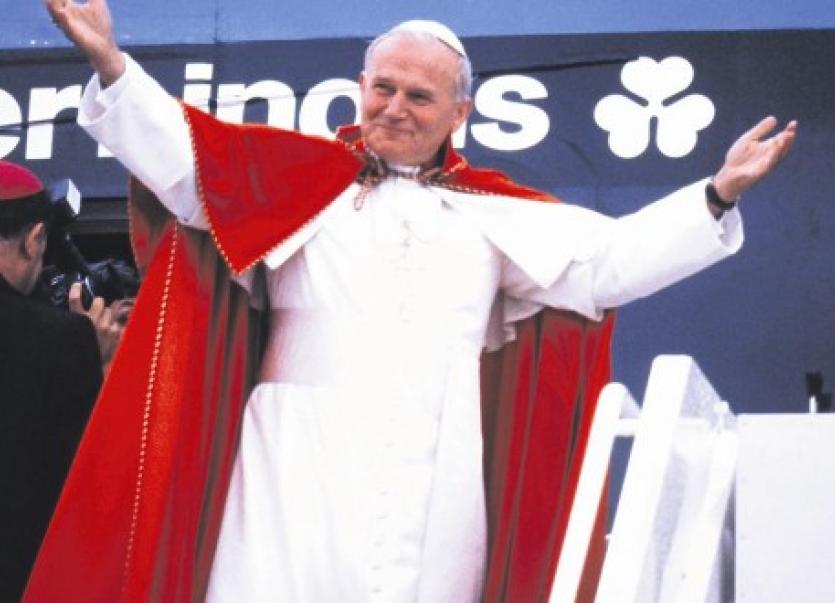 As the country gears up for the visit of Pope Francis, the Leinster Express has travelled back in time to the last Papal visit in 1979 when the country mobilised for the first ever visit by a Pope to these shores.

In the week prior to the visit, the Express reported that the Choir of St. Brigid's Church Rosenallis had six representatives in the choir for the Papal Mass in the Phoenix Park on Saturday. They were Brian Healion, Susie Poole, Kathleen Creagh, Elizabeth O'Gorman, Abigail Murray and Ailish McEvoy.
In the lead up to the event the participants had travelled twice weekly to Kildare parish church to rehearse for the ceremony.

Two Laois people who were also involved were Jack Scully from Portlaoise, an airport Duty Officer with Air Rianta and Rita Bergin from Camross, a communications supervisor with Aer Rianta.
Along with seven other Duty Officers and communications supervisors, both were responsible for meeting all Ministers, Church officials, Ambassadors and other VIPs as they arrived in the days previous to the Pope's arrival on September 29, 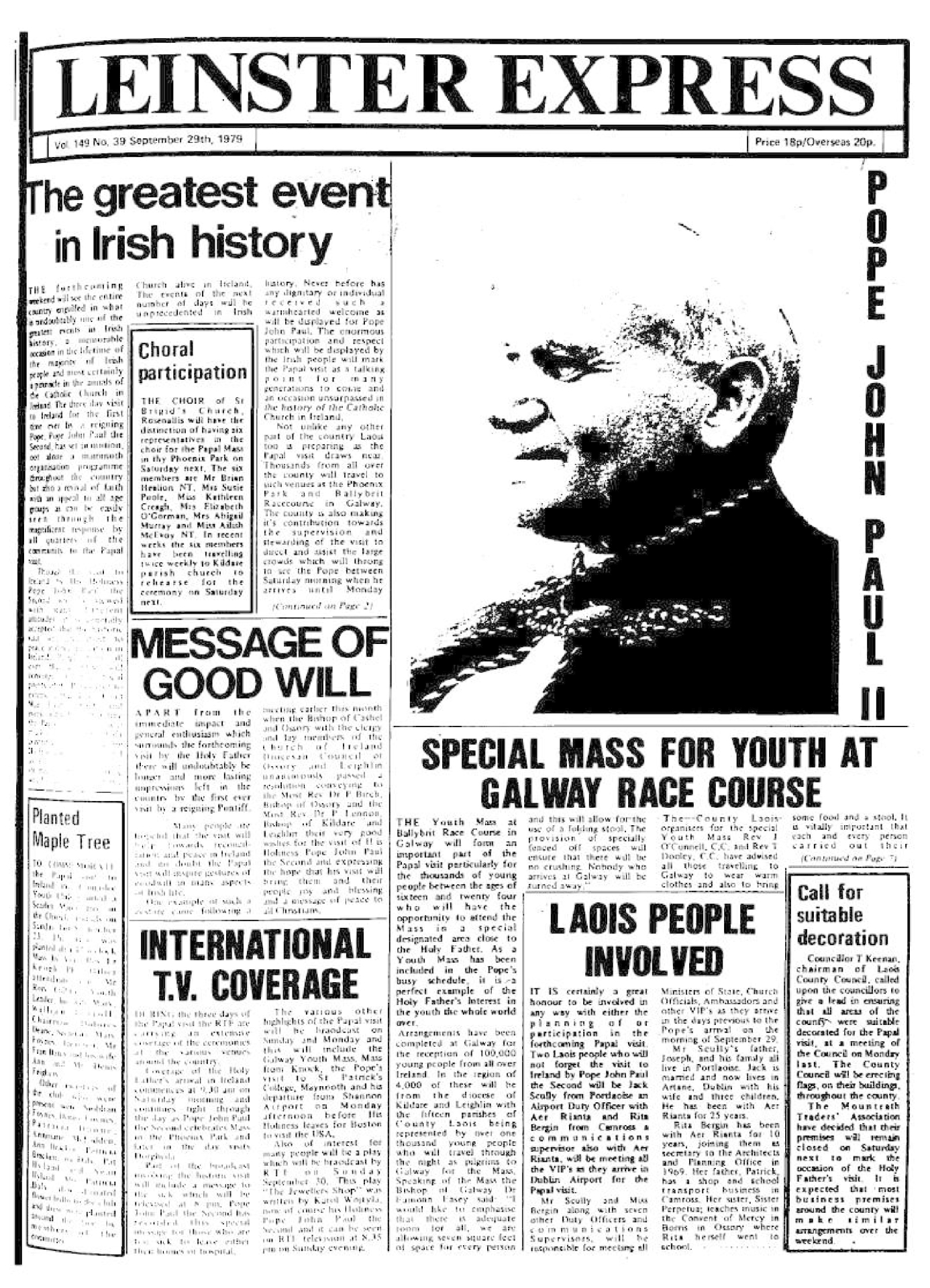 For the youth Mass at Ballybrit racecourse in Galway, 4,000 young people from the diocese of Kildare and Leighlin attended. The 15 parishes of Laois were represented by over 1,000 young people, who travelled through the night to Galway.
The Laois organisers for the Youth Mass, Fr J. Connell CC and Fr T. Dooley advised all those travelling to Galway to wear warm clothes and also to bring some food and a stool.

Meanwhile, the Chairman of Laois County Council, Cllr Tom Keenan called upon councillors to give a lead in ensuring that all areas of the county were suitablely decorated for the Papal visit. The Council itself would be erecting flags on their buildings throughout the county.

The Mountrath Traders Association decided all their premises would remain closed on Saturday to mark the visit. It was expected that most business premises around the county would make similar arrangements.