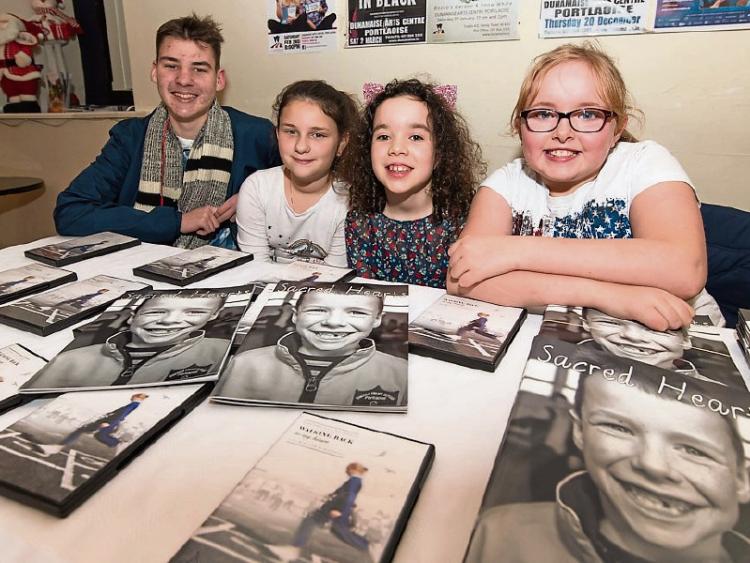 Pictured at the Dunamaise Arts Centre for the Walking Back to my Heart premiere were some of the film's stars Artis Markuss Malarovs, Julia Musian, Grace Quinn and Lucy Behan Deegan. Photo Denis Byrne

Stewart Quinn and his wife Ann Marie Kelly premiered a new film about Portlaoise called Walking Back to My Heart. He takes time out to write about the town.

What is community? Who knows? Sure, we hardly even know our neighbours anymore. Does anyone even say hello to anyone on the street???

We live in strange times. Change happens so quickly now, it can feel like the rug has been pulled out from underneath us. We’re on shakier ground by the day. Our identity is being challenged. Our sense of place is distorted from what we remember when we were young. We retreat to our trenches. Lock our doors. Would ya look at the news?

Let’s not look at the news. Let’s look closer to home. To somewhere close to our hearts.

In the last 18 months we’ve seen the Scoil Mhuire and Sacred Heart sites vacated and St. Pauls and Scoil Bhride demolished. That represents 90% of the people of Portlaoise town’s childhood schools. Gone. 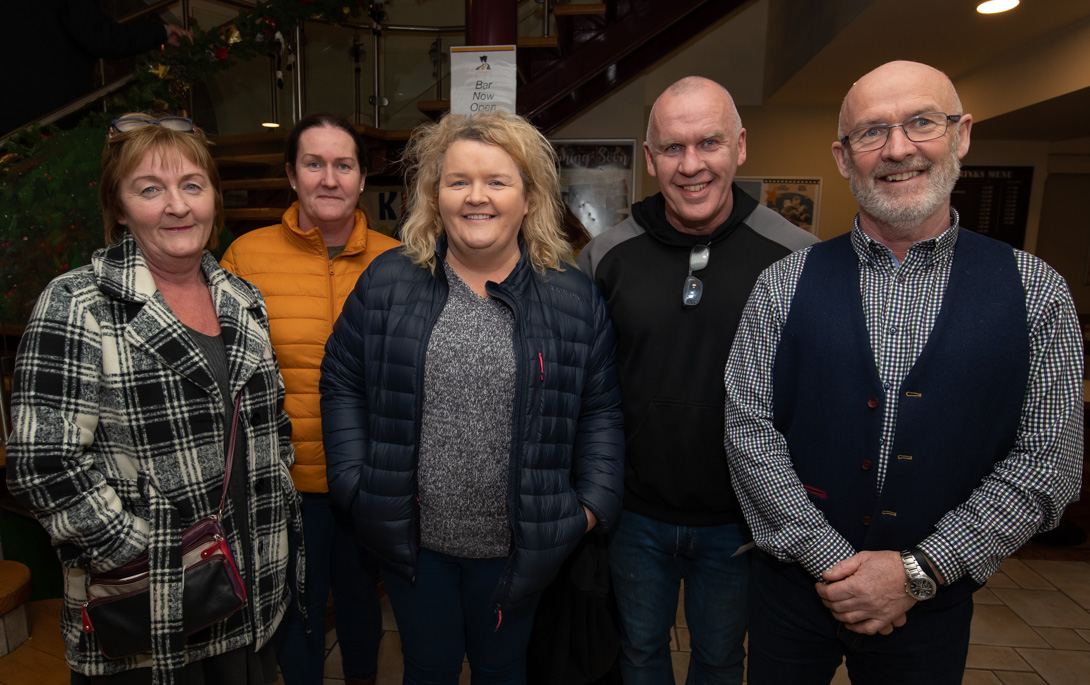 At the Dunamaise Arts Centre for the premiere of Walking Back to my Heart were Cathy, Irene, Cernie, Denis and Ray Brown. Photo: Denis Byrne

Three years ago, myself and my wife Ann Marie thought we’d finished a project to mark the closure of the primary schools on Church Avenue in Portlaoise. In truth, we only beginning. Something about the move didn’t sit right with us.

It wasn’t the traffic congestion it was going to cause, or even the eventual delay of that closure by a whole year.

It was the sense that the little community we had built up was being eroded and nothing was going to be there to take its place. People congregating, chatting, walking up town for a cuppa or even to work. It’s gone. It’s something the whole town felt and it affected the Polish community as much as it affected 6th generation townies. School grounds are a level playing field that way.

At the end of 2015, we approached Enda Hickey who was, at the time, principal of Sacred Heart school with the idea that the town was going to witness a huge change in the coming years and that we wanted to record that change from within the schools. To his eternal credit, he spotted the possibilities in our ramblings and offered his support.

Ann Marie brought in her camera and we captured the teachers and children celebrating the 100th anniversary of the Easter Rising with a march from the Ridge Road to Church Avenue, the sights and sounds of the old Ha’penny Babies classroom, and Anne Buggie’s last days as principal of Scoil Mhuire. 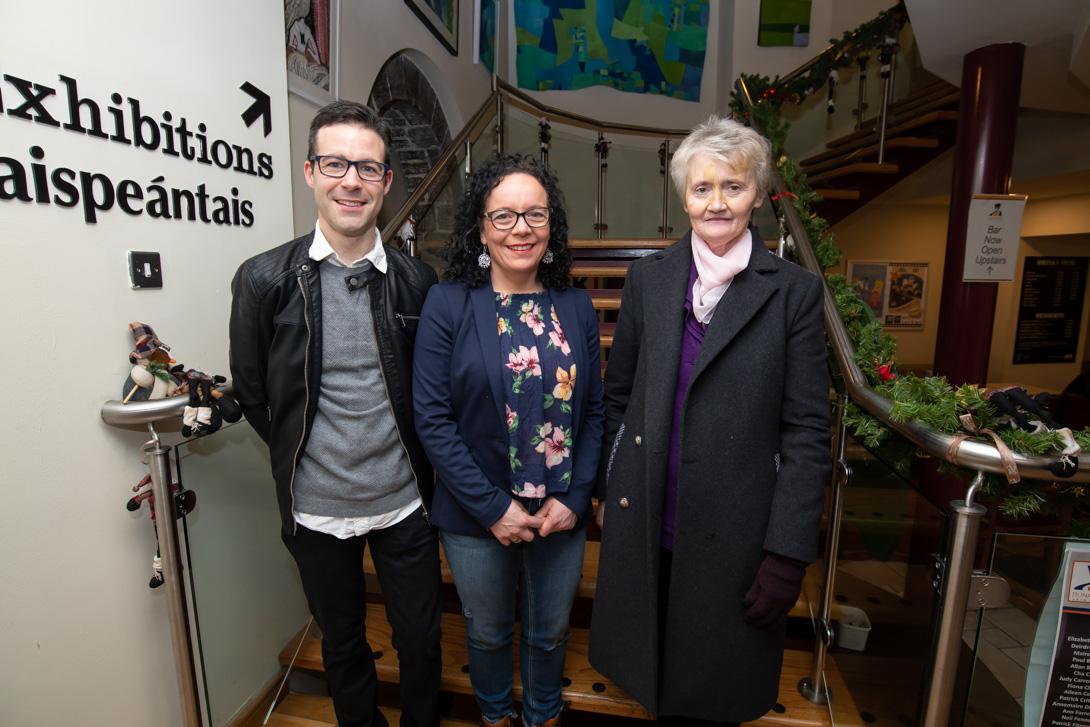 Pictured are Stewart Quinn, Annmarie Kelly and Anne Keating at the launch of Walking Back at the Dunamaise Arts Centre. Photo: Denis Byrne

Pat Boran came on board to offer his musings as a foil to our vision for the project. And when we merged the story of the new Portlaoise with the old Town, Pat became a teacher to a group of 12 children from different ethnic backgrounds over Fort Festival Weekend.

We had found the spine of our film “Walking Back To My Heart”. While learning the history of the Fort, we get to see what the town looks like through the eyes of our children.

On their journey, Pat and the 12 kids meet an unlikely pairing in the shape of Dick Sides and Sister Finbarr who led the original Presentation Band.

The re-enactment of a march led to one of the most magical days of the project when we reunited the surviving members of the band 50 years and more after their first outing. In that scene, we see the reward for investing in the future.

All of those children came back as adults to pay tribute to the 2 people who gave so much of themselves to their childhoods. It is a wonderful piece of film blurring the past with the present.

The film looks to the past for inspiration and hopes that the future will be safe in the hands of the children. In the middle, they say, there is nothing. Only faith.

And that’s where we are in Portlaoise at the moment. The middle. But, wait. More than faith, there is a plan. And movement. 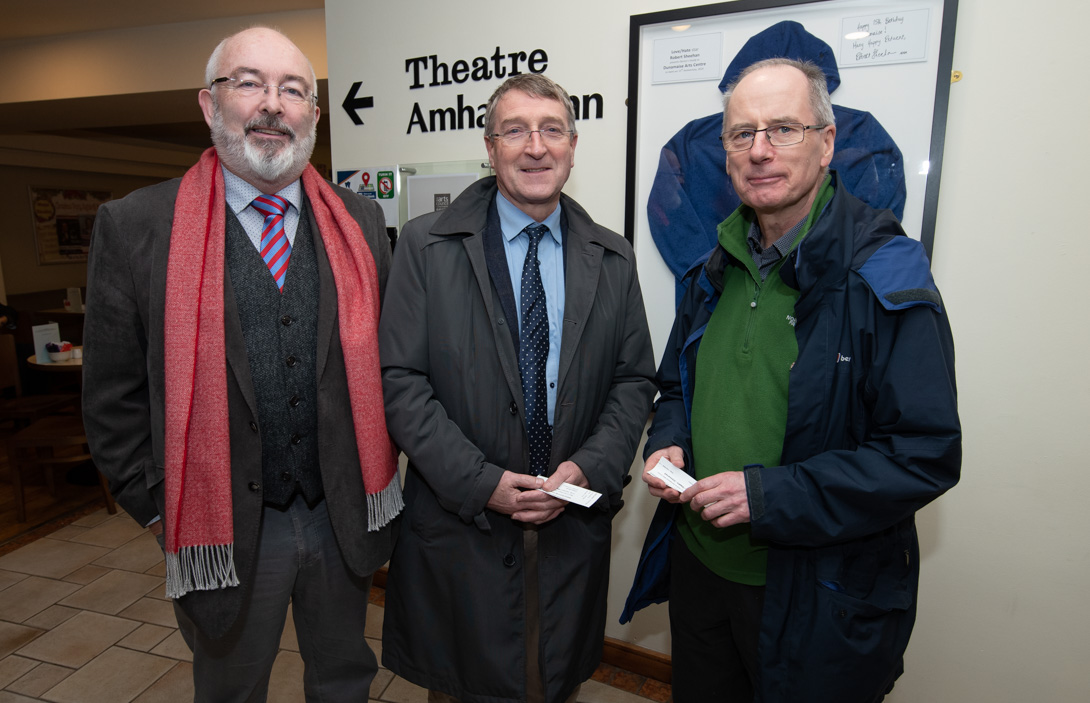 At the premiere of Walking Back to my Heart at the Dunamaise Arts Centre were Bernie Conroy, Gerry Browne and Kieran Daly. Picture: Denis Byrne

Scoil Mhuire has been purchased for Music education and Sacred Heart will see a new community move in to take the place of the Presentation Sisters 20 years later than hoped for.

Work has begun at Fitzmaurice Plaza/Church Avenue, pulling up the past and revealing Mill Races and possibility. Ground Zero for the foundation of our town.

The experiment that would grow to become the British Empire. It started there. To look at it now, it’s a building site and we have to put our faith in the people charged with moving us from the past into the future, but more than that.

We should be active, involved and engaged with the process. Be part of the change. That’s where you’ll find your community. You’ll start to recognise it when you take part.

It’s the trad session in Bergins of a Wednesday night.

It’s the NLN marching up Main Street to get their lunch in O’Loughlin’s. 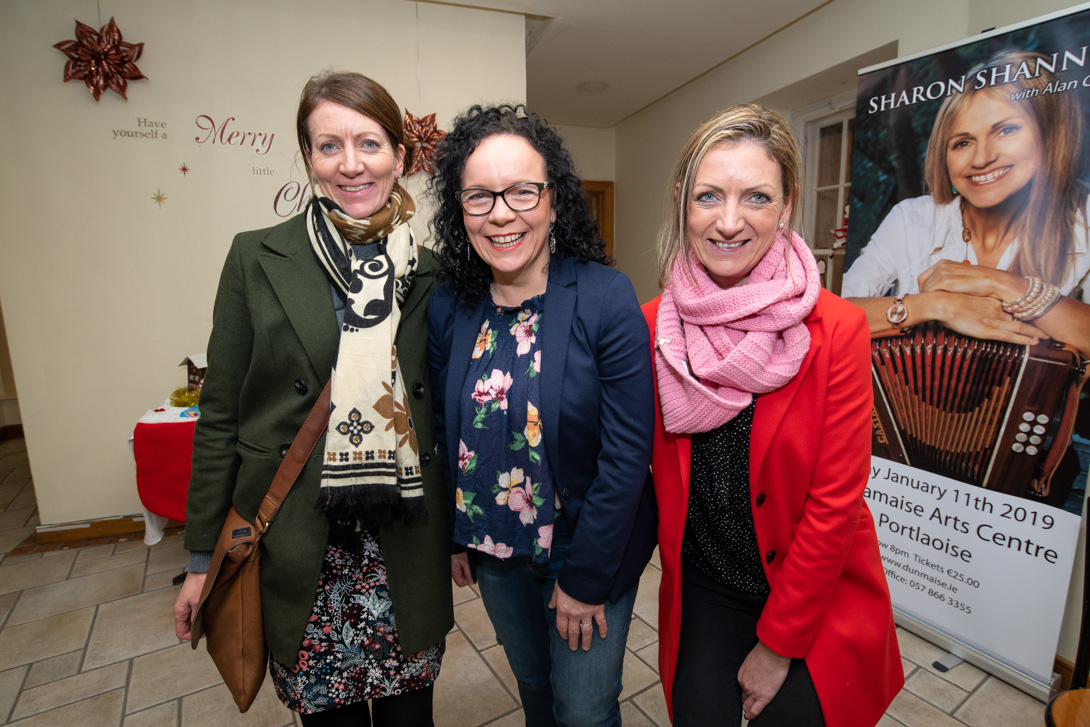 And, it’s the little piece of the Orient in the Turkish Barbers, the spices and scents of Asia in Zaf Continental Store where Murt Sullivan’s Wimpy Bar used to be, the Polski Sklep, the Mosque, the African choirs and everything else that makes up the new Portlaoise.

We shouldn’t be afraid of it. We should be part of it. Jump in. Embrace it. Start with your neighbour this Christmas.

Read also: WATCH A CLIP OF WALKING BACK TO MY HEART