Laois mother who received the gift of a lifetime 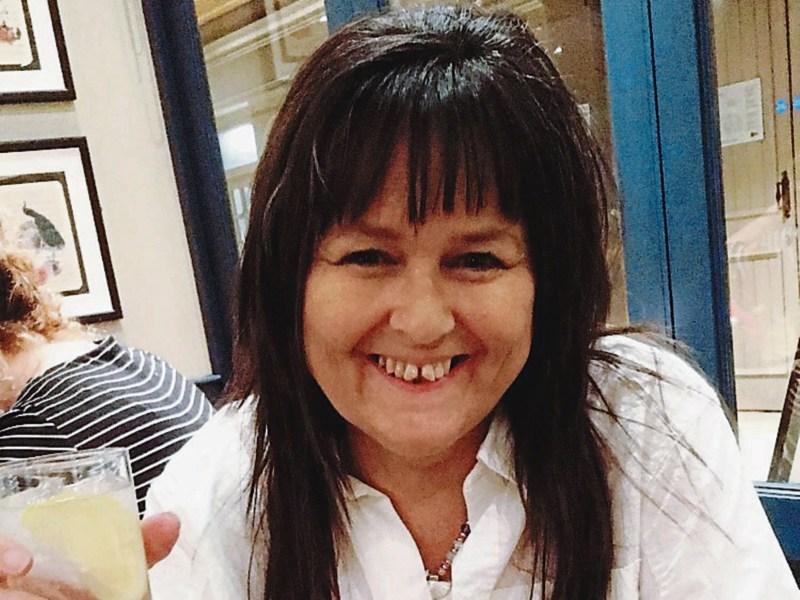 Laois mother of two Mary Knowles from Stradbally just celebrated her 52nd birthday but says she is really only a year old.

“I was given back my life a year ago. I'll be eternally grateful,” Mary said.

It is five years since she was told the shocking news that her kidneys were near to complete failure.

Mary had felt generally unwell and tired. She mentioned it to her family doctor and because there was kidney problems in her family history, tests were done in Tullamore hospital's Renal unit.

“I didn't have any other symptoms I was just really tired. The test showed that I was at nearly end stage kidney failure. Stage five is dialysis and I was between stages 4 and 5, with a kidney function of 26%,” she said.

It was a huge shock. Mary had to start attending the renal unit monthly to monitor her kidneys as they slowly deteriorated to the point of needing dialysis. She was also put on the transplant list.

“That year was the worst. I knew I was facing dialysis. I felt I was never going to be carefree again with this hanging over my head like a millstone. It had a knock on effect on everyone around me,” she said.

“Luckily I had fantastic support. I had a fantastic pre-dialysis nurse in Tullamore, Angela Lyons. She told me what would happen every stage of the way so I had time to get used to the idea,” she said.

She had family support too, from husband Paul, son Enda and daughter Chloe.

When her kidney function was down to 7%, Mary had to start dialysis.

“The first line didn't work and they had to put in a chest line. I had dialysis for three evenings a week in Tullamore. It took over 3 hours. I would leave home for work those days and not get home till 11pm,” she said.

Mary had to leave her frontline job as a carer after 23 years.

“ It was too physical. They put in a fistula and it's like a big vein, you can't lift or pull. I was able to stay working but on lighter duties. It was my way of coping,” she said.

She was determined not to let dialysis rule her life.

“I made my mind up that if I had the transplant, it was going to work. If you don't stay positive it takes everything from you. You become your illness. I was given the option of home dialysis but I preferred to leave it in the hospital, and come home. I stuck to my diet and took my meds but I didn't think about dialysis until I went back in again,” she said.

New friendships were formed with other patients.

“We had a good laugh, we were all in the one boat, I used to call the machine my ball and chain. The staff were amazing, they saw me on my worst days when I was fed up, you hide it from your family,” she said.

Her daughter Chloe, now aged 24 helped care for the family including Paul who has an acquired brain injury which badly affects his short term memory.

“She was my mainstay,” said her mother.

The big call came in June 2018 while Mary was driving to work.

“Chloe took the call from the transplant co-ordinator on loudspeaker. It was surreal. She was very calm, she just said'make your way to the ward in Beaumont' and don't stop to talk to the neighbours,” Mary recalled.

She had no bag packed or lift organised.

“I used to say sure what would I need. My husband rang a friend and he brought us up. It was a long day. There were the last few tests and a pack they tell you not to open. You're that close but you could be sent home. At 5.30 they said open the pack they were ready to go.”

It was 1.45am before she got out of surgery and has recovered well since, all thanks to the donor's family.

“It is a very humbling thing. I still get very emotional. Somebody lost someone that meant the world to them, and they stopped and thought of someone like me, maybe seven more like me. They are the real heroes. The grief they must have been feeling yet they had enough in their hearts to give to someone else,” said Mary.

“My energy level is brilliant. I look at my scar now and I wear it with pride. It is up to me now to live my best life and mind my kidney. I will keep that part of my donor alive because that part is keeping me alive,” she said.

She has made a donor garden at home in gratitude.

“The donor is part of my family now,” she said.

Volunteers will hand out organ donor cards and sell 'forget-me-not-flower' emblems, brooches, pens and shopping trolley discs. All proceeds go towards the Irish Kidney Association’s aid for patients on dialysis and patients who received a kidney transplant.

“I urge people to carry the donor card, have that chat with their family, and support the Irish Kidney Association because they really do look after their patients,” Mary said.

The Irish Kidney Association has welcomed the construction of a new dialysis unit in Laois.

"The Irish Kidney Association looks forward to a B Braun dialysis facility opening in Portlaoise later this year. It will ease the burden of travel on patients from the locality who are currently travelling as far a field as Tullamore, Tallaght, Waterford and Kilkenny for their treatment," a spokesperson said.