Minding another child is a new chapter 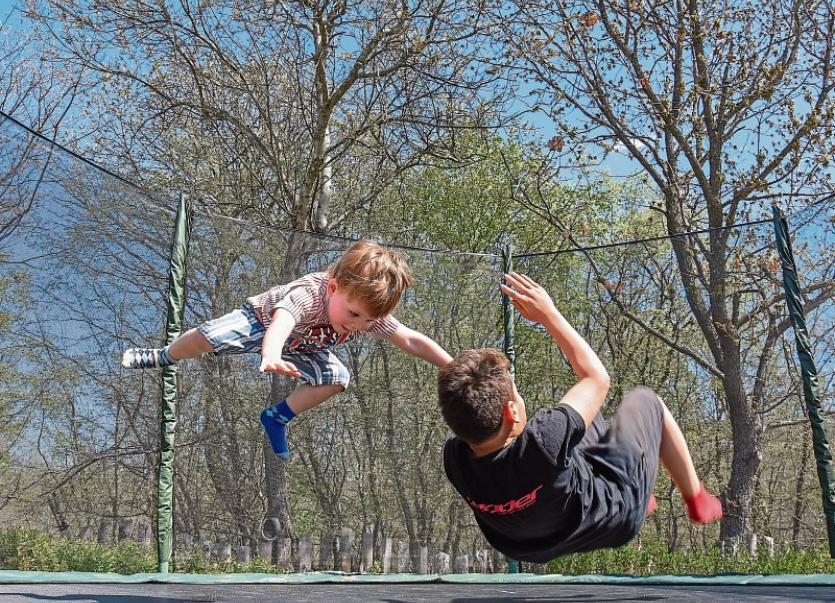 Just a couple of weeks ago on these pages I was singing the praises of summer camps because they get the kids out from under my feet during the holidays. Sure I’m always moaning about how Aidan and Sarah drive me batty, aren’t I?

So to make matters worse, do you know what I’ve gone a done? I’ve only just agreed to mind another child for four days a week from September!

You must think that I’ve finally lost the plot, eh? Not exactly. There is (some) method to my madness!

Remember I was telling you that my Aidan doesn’t like to play with his sister or with himself?

Well, when an old school friend asked me to mind her son when she and her husband are at work, I agreed to it.

Not because I was gagging to mind another child, or because I’m a great friend but because I figure Aidan will be only delighted to have another boy here to play with!

That’s how this plan is going to work out. In my head anyway!

Aidan has the family next door mithered shouting through the hedge. Their son is a year older than Aidan and all my lad either wants to be in his house every day playing or for the neighbour to come in to us everyday.

If the neighbours aren’t there he is begging me to text one of his friend’s mothers to see if they can come over for a playdate.

So I figure if Aidan has another boy here to play with, he will be content.

Sarah attempts to play with him but she’s just not in to the rough play, the pretend guns or the diggers. She’s quite content to play by herself anyway.

I’m hoping my friend’s child will play guns with him, will dig in the garden and be, all around, just as mental as Aidan is!

Maybe I should say high energy instead of mental!

I’ll be looking after this boy from 7.30am until 6pm. I will be dropping and collecting him from school and keeping him until his mum is finished work.

I don’t want to scare my friend by answering the door in my pajamas and with no make up on so I’m going to have to get used to the mornings again.

I’m always up before 7.30am but I’m never showered, dressed and in my make up before then.

I’m usually running out the door with wet hair and pulling my legs in to a pair of trousers!

Homework time will be interesting! I’ll have to do homework with three of them but sure aren’t there plenty of parents who do that on a daily basis anyway so I’ll be grand. I hope!

I’m also told that this child is not a fussy eater so I’m hoping he won’t turn his nose up at my culinary creations like Aidan does most days!

I’ll also still have my child free time during school hours, which is a big bonus. Actually this child is going to be in Sarah’s class.

They are both starting Junior Infants together, which is super cute. They already play football together and get on like a house on fire.

I’d like to put it on the record that I’m not just looking after this child as a playmate for Aidan. I will give him good care. He will have fun here.

Who’d have thought it, eh? Me, a big flustered mess with two kids, minding another child! Except I’m not the same as I used to be.

For the most part I have my sh*t together these days. And although I like packing my kids off to summer camps and to school, I bloody well enjoy them.

They are at a great age, getting easier by the day and they make me laugh so much. They could literally come out with anything.

Some days my belly hurts from laughing at them. This new child is going to think we’re an awful lot of mad yokes altogether!

Wait until he meets my mother next door! She takes bonkers to a whole new level!

So let's see how the new chapter in the Chambers household goes. I’ll keep ye all posted.