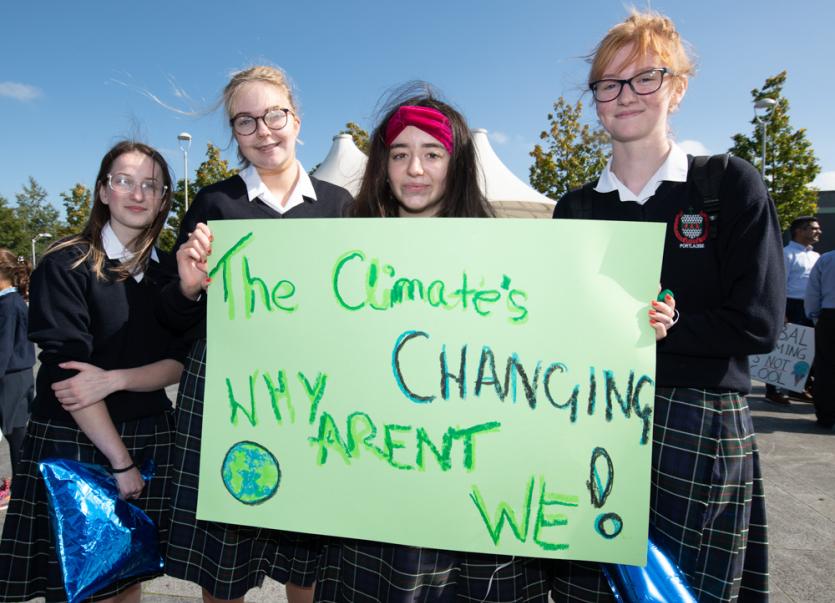 The science of Climate Change is unequivocal. Induced by human actions, it is civilizations most grievous ‘existential’ challenge, signalling the greatest threat to Earth’s biosphere since the last Mass Extinction sixty five million years ago.

Climate Change is undoubtedly caused by humans’ collective greenhouse gas emissions being freely dumped into Earth's fragile atmosphere, which traps solar heat and alters our climate system. Our emissions increase each year and accumulate in the atmosphere, while their impacts accelerate. They acidify and heat our oceans and Earth's surface, melt polar ice, rise sea level, and are severely altering and destabilizing our climate system. If left unmitigated, they are likely to decimate practically all life-forms that share Earth’s natural resources. These include humans, and our greenhouse gas emissions will commit our young generation to an ominous and perilous future.

The extent of damage from Climate Change that is likely to occur during this century, greatly depends on how swiftly we abate our excessive consumption levels, our waste and greenhouse gas emissions, along with human’s population growth rate. Yet, with such robust empirical evidence now available, society, businesses and many media outlets, still continue to ignore or disregard its threatening severity, while our citizens passively continue with business as usual, Governments tend to avoid prioritizing the required strategic 'mitigation' policy measures.

The last four years, globally, were the hottest on record over the past millennia. Scientists warn that at a +3C rise, vast regions of Earth's landmass will have become inhospitable and uninhabitable. According to the IPCC, the remaining global 'carbon budget' required for all eighty more years of this century, is projected to be used up over this coming decade.

We are now living on borrowed time, while our everyday unsustainable actions steal our children's future! We are currently on a trajectory of a catastrophic  +3.5 to +5.5 rose in global mean temperature within this century, unless we rapidly wean of coal, peat, oil, and fossil gas and reduce cement, cattle and meat consumption.

A lack of concern for Climate Change is particularly evident in the behaviour of most, wealthy individuals who disproportionately generate enormous amounts of CO2 emissions. The poorest and most vulnerable in the Developing world create minuscule emissions, yet they are most gravely affected with the least capacity to cope or adapt to its impacts. As we have now dug a deep hole, it creates a daunting challenge for Ireland that requires all of us citizens to immediately instigate a fundamental societal, ‘zero-carbon transition' to a new sustainable paradigm that embraces ‘Climate Justice’.

As global citizens in Developed world nations, we collectively have the capacity and capability to achieve this transformation. We can dramatically change our lifestyles and cultural norms, and inspire, inform and motivate others. We can collaborate, engage, deliberate and reach consensus in our local communities, to mandate all our policymakers to take the required actions. We need to acknowledge the successful outcomes of our Citizens Assembly on Climate Change and insist that it influence and shape Government policy.

Technological solutions that are ecologically sustainable can offer multiple co-benefits to improve our quality of life, health and wellbeing. Eliminating fossil fuels, they can generate new green livelihoods, along with building capacity for the most vulnerable in the Developing world and protecting wildlife populations.

We need to wake-up to the perilous state we are now facing and embrace the huge opportunities we are currently missing. We need to instigate a collective ‘clarion call’ to arms as we should now be in a warlike state of extreme emergency!

Swedish 16year old Greta Thunberg, along with millions will take to the streets in global climate crisis and protests from 20 to 27 September in more than 130 countries, with support from unions, churches, and local community groups. Some are calling it the biggest mass protest in the history of the climate crisis. Citizens are calling for the end of fossil fuel. The global climate strike will ripple across the world in more than 4,000 locations, the start of a weeklong movement to train international attention on the climate emergency. It’s the latest of a succession of strikes on Fridays led by schoolchildren – but this time adults are invited to join in.

Natural climate solutions could remove huge amounts of carbon dioxide from the atmosphere as plants grow. But these methods receive only 2% of the funding spent on cutting emissions, say the climate activists. Restoring nature also helps protect people from the increasing extreme weather events the climate crisis is bringing, as trees help prevent flooding and mangroves protect coasts. Furthermore, the annihilation of wildlife that has resulted in animal populations falling by 60% since 1970 can be tackled be recreating lost habitat. However, it remains vital that fossil fuel burning is stopped if the climate emergency is to be ended.

Tree planting 'has mind-blowing potential' to tackle climate crisis “We are ignoring natural climate solutions,” said Greta Thunberg. “We spend 1,000 times more on global fossil fuel subsidies than on nature-based solutions. This is your money, it is your taxes, and your savings.

“Nature is a tool we can use to repair our broken climate,” said George Monbiot, an author and Guardian journalist who founded a Natural Climate Solutions campaign earlier this year. These solutions could make a massive difference, but only if we leave fossil fuels in the ground as well. We simply will not succeed in avoiding climate breakdown without nature.

Global carbon emissions must be halved in the next decade to avoid serious impacts from global heating, but they are still rising. It is therefore nearly certain that carbon dioxide will have to be removed from the atmosphere, and technology such as burying CO2 underground has not been demonstrated at scale. George Monbiot says: “There is a magic machine that sucks carbon out of the air, costs very little, and builds itself. It’s called a tree.”

A recent scientific analysis concluded that growing billions of trees across the world is the single biggest and cheapest way to tackle the climate crisis, though coal, oil and gas burning must also end. “We are living in the beginning of a mass extinction and our climate is breaking down,” says Thunberg. “But we can still fix this – you can still fix this -It’s simple,” she says. “We need to protect, restore, and fund.”

That means protecting tropical forests that are being cut down at the rate of 30 football pitches a minute, she said, restoring the large areas of the planet that have been damaged and stopping the funding of things that destroy nature and instead paying for activities that help it.

Laois has inspiringly committed to becoming the first Low-Carbon County in Ireland. I believe huge opportunities will flow for people of Laois by setting the sustainable example and reaping the rewards from being ‘first adopters” in Ireland, as our Eco Eye TV series has shown by exemplary sustainable communities across Europe have successfully achieved.

For more information, watch out for posters and check our website www.ecoed4all