IT'S JUST A PHASE: Waiting and waiting for a new school 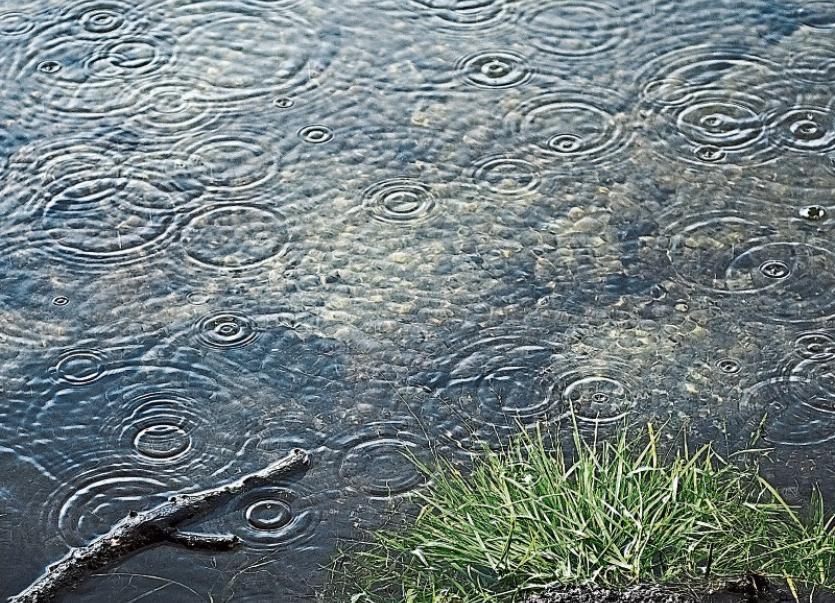 Last Friday morning I sat in my warm car with both my children and the little boy I look after as torrential rain fell from the sky. Their day at school was only two minutes away from starting.

They were in the back, safe, warm and dry.

As I looked out the front window of said car I watched on as small children, some as young as four, get literally drenched to their skin. The makeshift car park was flooded so the kids waded through the water in their shoes. When they emerged from the puddles their runners and their socks were soaking.

Some of the kids stood out in the rain for as long as twenty minutes. I could only imagine just how wet and cold they must have been. Myself and the three kids got fairly wet ourselves on the very short trip from my back door to the car but at least it was only a small bit and they quickly dried off and warmed up in the car.

You’re probably wondering what the hell I’m rambling on about! I’m talking about just how unfit for purpose our local primary school is.

Back in 1986 I was a junior infant there and I tell no word of a lie, not much has changed about the place since. The same front door is there. The same windows, which are rotting, remain. The only difference now is there are prefabs. Prefabs everywhere. Where once there was an abundance of grass to play on, now stand prefabs. And almost every year another prefab lands and more of the playing space disappears.

There’s no sports hall. There’s a basketball court that doubles up as a car park - that’s the only ‘purpose built’ sports facility these kids have.

There’s an old style shelter that’s a lot smaller than it used to be when I was a pupil there. A quarter of it was made in to a shed. On the mornings when it’s lashing that’s the only place these kids can go to keep dry. It’s probably big enough to fit one class, the rest have to stay outside and get soaked.

School starts at 9.20am and the doors don't open until 9.20am. Children are allowed to be dropped at the school from 9am but if there isn’t a parent with them, like the kids on the bus, well they are on their own. As I said, some of them are only four-years-old and there is quite literally nothing at all to stop them running out on the road where cars speed past outrageously because there isn’t so much as a speed ramp outside.

Should the yard be supervised in the morning if children are allowed in it from 9am? Hell yes but I’m not the person in charge. I have massive respect for teachers and I’ve written about that on these very pages before.

But if having a cup of tea in the staffroom is more important than the safety of children then they are in the wrong job. It’s simple; supervise the yard from 9am or simply don’t allow children into it before that. There are ‘Croke Park’ hours there so use them for God's sake. Will the tea have been worth it some morning when there’s an ambulance outside because a child has been knocked down on the road.

The big problem here though boils down to the Government. There has been talk of a new school since long before I started in 1986 and we are still waiting. You see we’re not a disadvantaged area, we don’t qualify as a DEIS school. If you don’t know the term DEIS stands for Delivering Equality of Opportunity in Schools. DEIS schools are established to help children who are at risk of or who are experiencing educational disadvantage.

Fair enough, the vast majority of the children in our school aren’t from disadvantaged families. However, they go to our school to be disadvantaged in so many ways. It’s actually hard to bloody credit that in this day and age that kids who need help get help taken away from them. Last year we were ‘lucky’ enough to have a resource room for our children who needed extra help with the likes of reading or writing and we had a resource teacher. Now we have neither. Said teacher had to take one of the two junior infant classes that started in September and this year’s fourth class are stuffed into that small room like proverbial sardines.

Shame on you Department of Education. Shame on you for letting our lovely little school go to rack and ruin. Shame on you for having our kids sit in wet clothes all day because there’s no sports hall. And I bloody well hope to God that one day I’m not here saying shame on you that one of our children has been fatally injured because you can’t be arsed to put something as simple as speed ramps outside.

I’m going to stop now because I’m getting angrier by the minute.