UPDATE: Raised by the Village's Jamie is transformed by Clonaslee 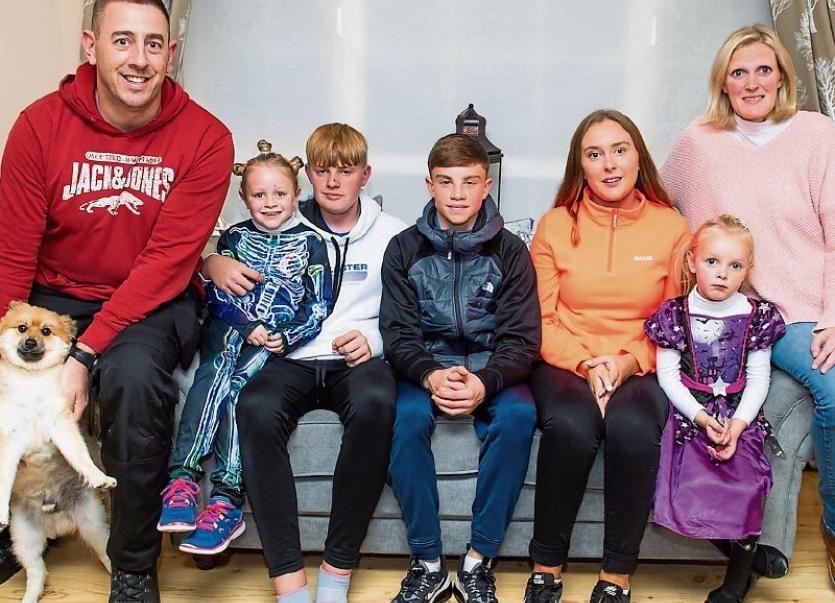 Jamie Lee back in Clonaslee with the Cusack Keely family for Halloween. Pictures: Denis Byrne

A troubled teen is transformed since staying with a Clonaslee family for RTE’s television show Raised by the Village last month.

Jamie Lee, 15, from inner city Dublin spent a week with the Cusack Keely family on their farm for the show, which is aimed at giving inner city children who are heading for trouble, a taste of gentler rural community life.

The experiment is proving a lasting success for Jamie and he has returned regularly to the family, including staying for the Halloween school break.

He spoke to the Leinster Express before heading back to the city.

“For Halloween in my area there’d be huge bonfires and loads of fireworks, here it was real quiet.

“We went to Noeleen’s sister’s party and ordered a curry,” he said.

“I’ll be back up for the Christmas term,” Jamie added.

Below: Jamie with Harriet and Freia. Picture: Denis Byrne 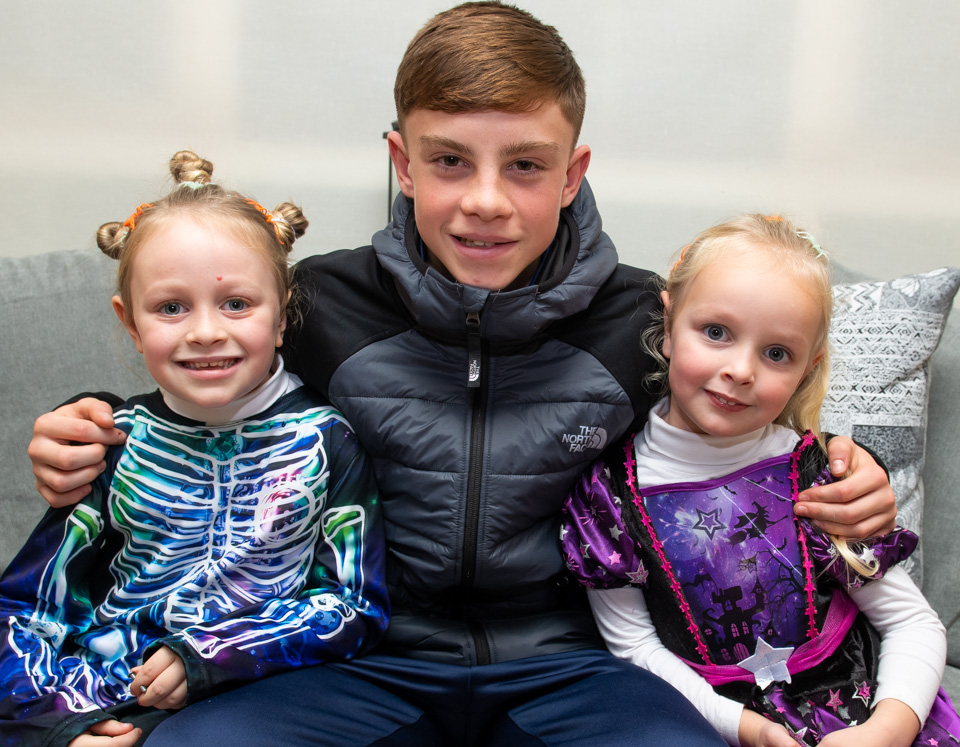 Noeleen with her husband Mark and their children Matthew, Ellen, Harriet and Freia opened their home and hearts to Jamie. She is proud of his progress.

“His mother Valen said she notices a different side to him now. He is staying away from the gang that hangs around. He has stopped getting into trouble in school and has stopped mitching and is back playing soccer twice a week with Peamount. We are so proud of him, how could you not be.

“He has done nothing but positive things,” she said.

Clonaslee has practically adopted the teen.

“Everyone is messaging us, they want to make him a club member in St Manman’s, Fr Reilly was overwhelmed with it, he announced it in the church.

“They whole village took him under their wing. We are all so proud of how well the village looked too. We are so lucky to live here to rear our kids,” she said.

The family had first agreed to taking a teen for a week thinking they would be a host family away from cameras.

“We didn’t know what to expect, maybe someone out of hand, but the bigger issue was the cameras. We had said yes so we went ahead and in the end the camera crew were really nice, we had a laugh with them. It was even interesting to see how how a programme is made,” she said.

It was a lot more daunting for Jamie she said.

“Fair play to him. We were on our own territory. God love him he had never been out of Dublin, that would be hard enough without a film crew and then meeting a strange family. He took it all on board and never questioned anything,” said Noeleen.

“Even when the cameras were gone he was very polite and mannerly and got on great with the kids,” she said.

“Jamie didn’t have a phone, he isn’t into phones or xboxes, he just wants to be outside playing football. Unfortunately up where he lives there’s a gang of young kids only waiting to drag the likes of good lads like Jamie with them,” Noeleen said.

“I have great admiration for her. She is rearing four children in a two bedroom apartment on her own. Every time Jamie goes outdoors she worries,” Noeleen said.

“He gets on so well with our children, they went off for a three hour walk in the woods today. But he does like going back home to Dublin too, this is a little break for him. We are delighted we did it,” Noeleen said.