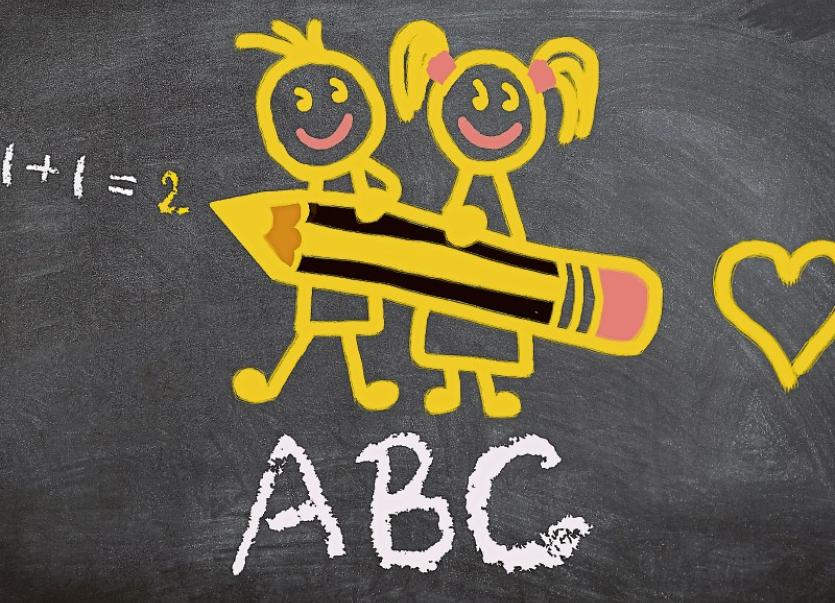 I skipped out of the school with a big happy head on me last Wednesday evening. As proud a mammy as you could meet. The parent/teacher meetings went so well. In fact they went way better than expected.

I couldn’t wait to get home to tell Aidan and Sarah just how proud I was of them.

Was I expecting something different? I suppose I was.

I thought I’d be told that Sarah is a lovely little girl but a tad emotional in class. Do you remember I was worried if I was right to send her to school this year at all? She’s not five until next month after all.

As for Aidan, I expected to be told that he’s a total and utter messer, that he won’t sit down in class and that he’s totally and utterly disruptive.

Au contraire my friends! I got 99.9 percent positive feedback about both of my children and I’m as relieved as I am pleased. Nobody wants to be the parent with the nightmare child!

Age before beauty, as the saying goes, so let's start with my senior infant Aidan.

Last year he had a teacher who was just months from retirement. A lovely woman but the old school kind of type.

She focussed more on his ‘bad’ points more than good. This year, it was the total opposite.

I was told Aidan is a very bright boy and has zero issues academically.

He has moved on to level five in reading, which is above average according to his teacher. He is flying it with his handwriting and is very neat at doing same.

She informed me that he is rather quick to complete his work but quick in a good way. His work is always done well but done fast.

She saved the best until last. Apparently my boy is ‘awesome’ at Irish. I was delighted to hear that.

Aidan spent his last year of pre-school in a Naionra, an all Irish playschool, and he certainly seems to be reaping the benefits now.

In that playschool he wasn’t taught Irish so to speak but he was immersed in the language from day one.

The teachers never spoke a work of English in the class and as a result he seems to be way ahead of his peers who didn’t attend an Irish pre-school.

Here’s hoping he continues with his love of our native tongue.

Now of course, it wasn’t all rosy! As I expected she did tell me he was a high energy child and at times he loves messing.

Like I needed telling! He’s a real rascal! She did go on to say that while Aidan is fond of messing, he’s very easily put back in his box though. Not that she worded it that way mind you!

What she said was that he is fond of the craic but when she asks him to stop or gives out to him, he quits it immediately and has no issue taking the instruction.

He doesn’t sulk or throw a strop and apologises immediately.

She also described Aidan as a boy with superb manners and as a kind child who always looks to help others.

I think it was those words that pleased me the most. Of course I’m happy his school work is going well but kindness, empathy and helpfulness are just as important to me.

And now on to little miss Sarah, my junior infant. Just shy of three months in the school, she is absolutely flying it in every single way.

Her teacher literally couldn’t say enough good things about her as I sat in front of her grinning like a Cheshire cat!

So Sarah is extremely well behaved in class. In fact she never misbehaves. She sits still, does exactly as she is asked and is in no way disruptive.

In terms of her learning, well she is top notch in that department too. She has all her phonics sounds off to a tee and she has mastered blending sounds together to form words with ease.

She’s flying with maths and loves putting patterns together.

Sarah also briefly went to an Irish playschool, so her Irish is good. Sarah also spent her last year of playschool at a montessori which seems to have stood well to her.

It was a lot more structured towards learning similar how it is in schools and she is flying it as a result. A big shout out to her montessori teacher.

Her current teacher even told me she sometimes has to give Sarah extra work because she flies through the stuff with such ease.

So there you have it. There you have my column on just how brilliant my kids are. I wouldn’t be much of a mammy now if I didn’t boast about them, now would I?