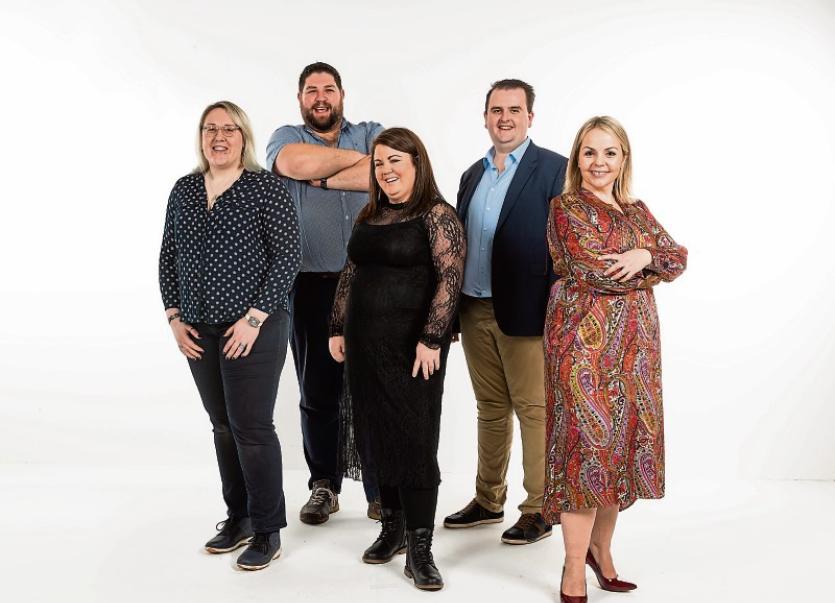 Week seven and the 5k run and the grand finale is in sight but there is more work to do.

Week six was a bummer with four out of the five leaders not hitting their weight targets.

Week seven changed that story, with five incredible weigh-ins. Well done to all.

We decamped from the Tullamore Harriers Club and the County of Offaly who showed excellent hospitality and a spirit of fun and sport.

Given that this week was ‘blackout’ week where the leaders didn’t have access to their food plans from the OT App. All leaders did very well.

Shane has rebounded. When I first met Shane he was disconnected from his family and busy with the distractions of life, attending everyone’s else’s needs and not his own.

He wasn’t a runner and he declared his concerns at the weigh-in that he couldn’t breathe when running.

Karl Henry put his hand out and guaranteed to Shane that he would run the full 5 km and not walk one step. Shane is still in disbelief.

For the first time Shane wasn’t scared during the weigh-in. Over the week he went swimming a number of times.

This was an important breakthrough for a man who skips every opportunity to swim.

Its pure avoidance as he is concerned what other people would think of him.

I hear this a lot in the therapy room. People really don’t spend a lot of time thinking about others as they are more concerned about themselves.

Another amazing week of inner growth for Shane.

This was as emotional week as it is the anniversary of Lorraine’s sister Roisin who died from cancer.

Lorraine has a great attitude I believe, and she can see many ways of measuring success, not just on the scales.

My measures of success are in healing and flourishing. I can see that Lorraine has done both.

In fact on the hours of sleep that Lorriane gets she is a pocket dynamo.

Kathryn is going to run with Lorraine on the 5k so the competition is hotting up.

Thankfully Barry and Andrea walked away from aquaplaning in their car on the motorway back to Cork with minimal injuries.

It could have been so much work and being grateful and thankful is the order of the day.

Given that they were naturally shook up, rest was the order of the week.

They were both very nervous of not hitting their targets, but their weight loss shows one how much their portion sizes were pre OT .

It also shows how incredible Aoife Hearne our registered dietician's food plan is, as Barry lost another 5lbs and Andrea lost 4lbs.

Not bad for sitting and resting. A graduated walking program was introduced with no resistance sessions and only 30minutes walking was prescribed.

On the 5km Aoife is going to stride out with this incredible Cork couple.

After such critical incidents our minds and body can respond in particular we can get flashbacks and nightmares. We want to avoid certain activities like driving and emotionally we can experience fear, loss, anxiety and anger and the adrenaline is in our system.

The value of walking and talking is critical to discharge these emotions.

Tanya is shrinking in front of us every week. From week when one all I could see was a bloated women drinking 12 cans of coke a day, a person who was in a bubble in her life.

In this bubble she was protected by her wonderful partner Terry and by her older siblings.

Tanya rarely felt the her power as an independent inspiring women.

She went running on her own and tested herself, pushed herself and proved that she can do it. From sedentary to a runner.

I am running with Tanya for the 5k and there is a bit of an edge this year between the runners so I hope to power on with Tanya and we cross the line first.

Tanya like many of us is at a turning point on the road.

There comes a point when whe must choose to settle for mediocrity or continue pushing ourselves outside the comfort zone, after all when you do this, this is where the magic happens.

An amazing year – brilliant leaders only one more week left.

What can I say, I will report all the inside inspiring stories from fashion to running next week.