Laois sports star reveals her years of battle with illnesses 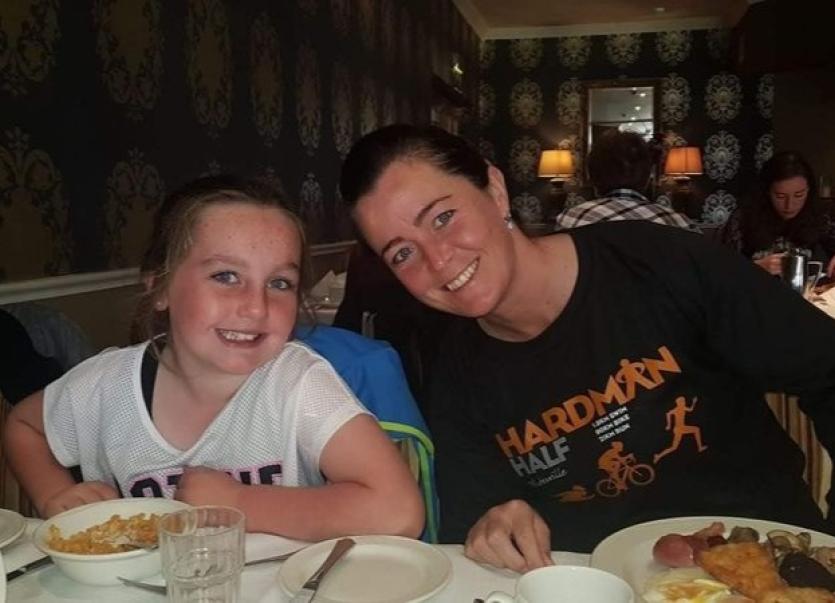 A Laois athlete who was bitten by a tick as a child has only now discovered she has Lyme disease and has turned to the public to help pay for expensive treatment.

Martina Cahill, 39, from Ratheniska and living in Timahoe, has excelled in sport all her life including playing on winning football teams for Timahoe and Laois and taking part in several Iron Distance triathlons.

She is a personal trainer and triathlon coach and a total immersion swim coach. 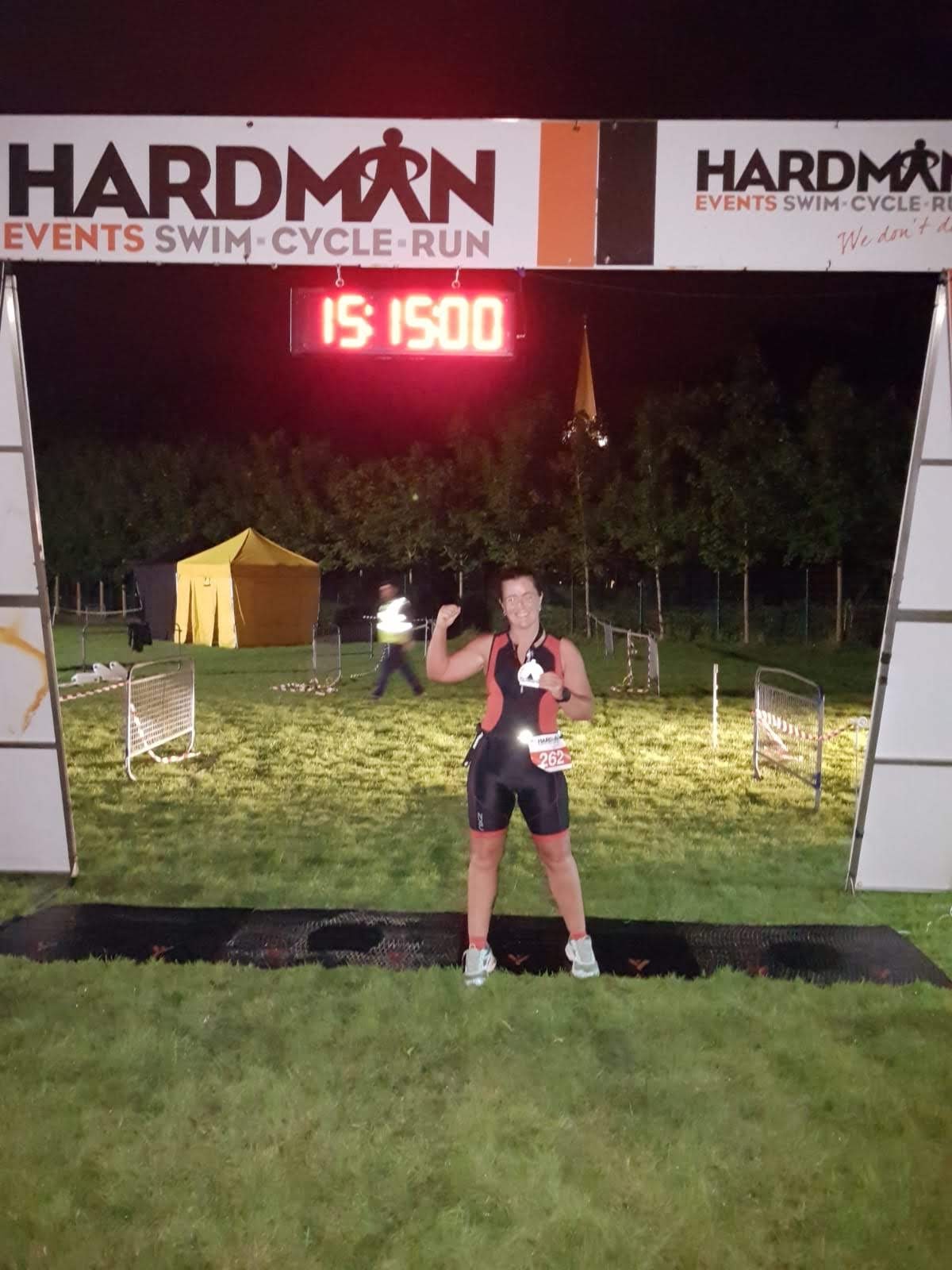 In the past four years her health has deteriorated so much that she had to give up working as the manager in Stradbally Fayre restaurant.

Martina said it started in 2016 when her leg swelled resulting in emergency knee surgery.
“The doctors believed I had a bone infection due to my high fever and body aches. The surgery didn’t find any infection. My symptoms worsened and left me unable to do anything. After six weeks and testing I was diagnosed with Adult Onset Stills Disease,” she said.
Stills disease is an auto inflammatory condition similar to rheumatoid arthritis, but it can also attack healthy organs and body tissues as well as joints.

Treatment did not work.
“My attacks would take over my body leaving me unable to move with severe pain. I remained on steroids for six months. I was not improving so I was put onto a weekly chemo agent drug. It was terrifying, I suffered awfully with nausea, diarrhoea and vomiting. A few months later still coming off steroids I was introduced to a second weekly injected immunosuppressive drug,” Martina said.

She still felt very unwell.
“I didn’t own my body, it refused to do anything I wished. I spent a lot of tearful lonely days pining for my old life and wellness. I seemed my usual self, inside I was broken,” she said.

Martina was determined to get well and changed her diet and began attending a herbalist.
“I had ups and downs yet my mindset always drove me forwards,” she said.

In 2018 she had surgery to remove cervical polyps and developed new pain below her right ribs.
“I had ultrasounds, two colonoscopies, two endoscopies and was told everything was fine. Doctors suspected problems with my gallbladder yet everything was clear, nothing explained the pain. During these exams I was diagnosed with a hiatus hernia and diverticulosis in my intestine,” Martina said.

In March 2019 she fractured her ankle and was told not to walk, run or cycle.
“My exercise always made my bad days better. Now I didn’t have that and I have been stopped in my tracks as such,” she said.

A month later she had surgery for carpal tunnel syndrome in her wrists, a condition she had for years with weak, numb hands.
However after confiding in her surgeon that the pain went up to her elbow and shoulder, Martina had to have a double elbow surgery, releasing a tennis elbow and a golfer’s elbow.

She also saw a consultant neurologist for severe migraine attacks.
“I had my first attack when I was about 8 years old and it just became something I just lived with. In 2019 my attacks became more prominent and lingered 4 to 5 days,” she said.

Her consultant began injecting steroids into her head every few months.
“The first time was scary yet I would have done anything to relieve my symptoms of brain fog, pain, forgetfulness, shoulder and neck pain. The relief I experienced that first day was incredible yet now I know it was only from the local anesthetic,” Martina said.

She attended another doctor who specializes in regenerative medicine.
“My pancreas was under pressure and signs of damage from what we thought was from my Stills Disease attack in 2016. I was put on diabetic medication to support my pancreas. I was diagnosed with chronic fatigue yet I knew there was something else wrong, something underlying,” Martina said.

Back in 2016 a test for Lyme disease had come back negative but Martina later learned that testing in Ireland is not thorough.
“The Lyme parasite has the ability to hide and not show in the blood and can change DNA if under threat.
“When I was around eight years old I remember I had a tick bite on my tummy whilst on holiday. My dad removed it. I got a red circular rash around it yet connection was never made to the bite. My parents suspected ringworm,” she said.

Advised by her herbalist Elaine Hogan, Martina got tested through a specialised laboratory in Germany. It came back positive for Borrelia Lyme infection.
“I owe my life to her. My initial reaction was relief, I am not insane and all my symptoms are real,” she said.

The earliest appointment with an infectious disease specialist in Dublin is July or August but she can get expert help rapidly in Germany.
“I am suffering far too long and now my sanity that I have a parasite living in me comes with its own terrifying anxieties. I need to go to Germany where I know I can get appointments and treatment within weeks.
“It costs anything up to €10,000 for one three week treatment, I have no idea how much treatment I will require,” she said.

Her sister Liz has set up a gofundme with a target of €50,000. So far it has reached almost €12,800, enough for an initial treatment.
“I thank everyone that has donated. Also people who took the time to read my story and share it and all the kind well wishes,” Martina said.

She finds great support in her partner Steve, step sons Gary and Leon and her nieces and nephews.
“Also in my faith that I am being guided by my guardian angels my dad and my nephew Denis that passed away in 2016,” she said.
See Martina Cahill's Lymes Disease fund on gofundme.ie here. 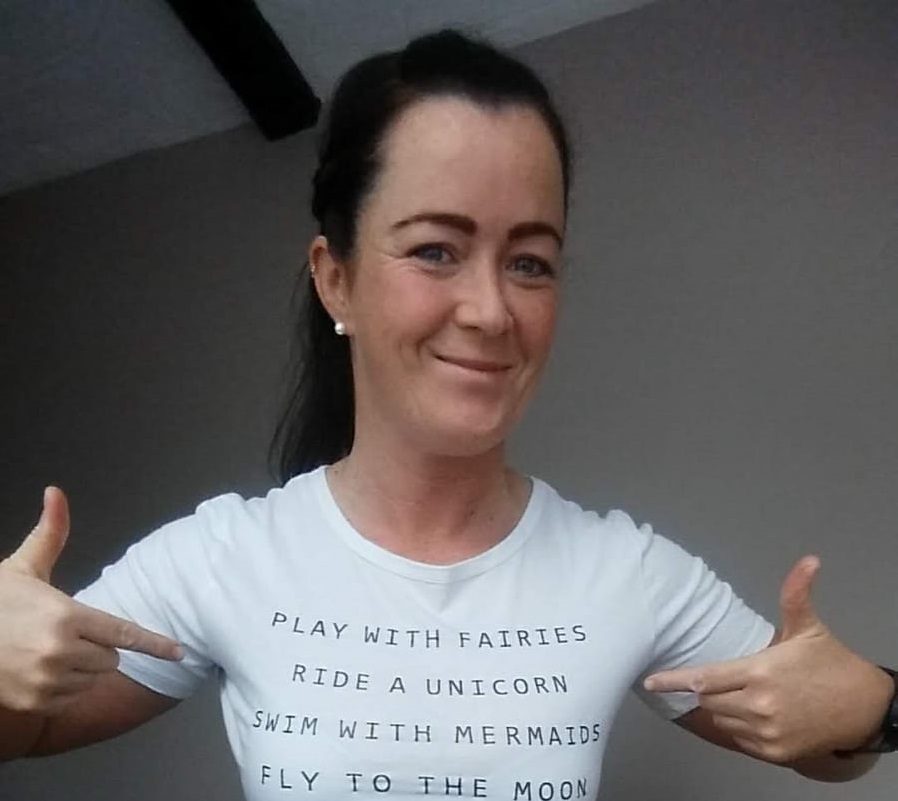