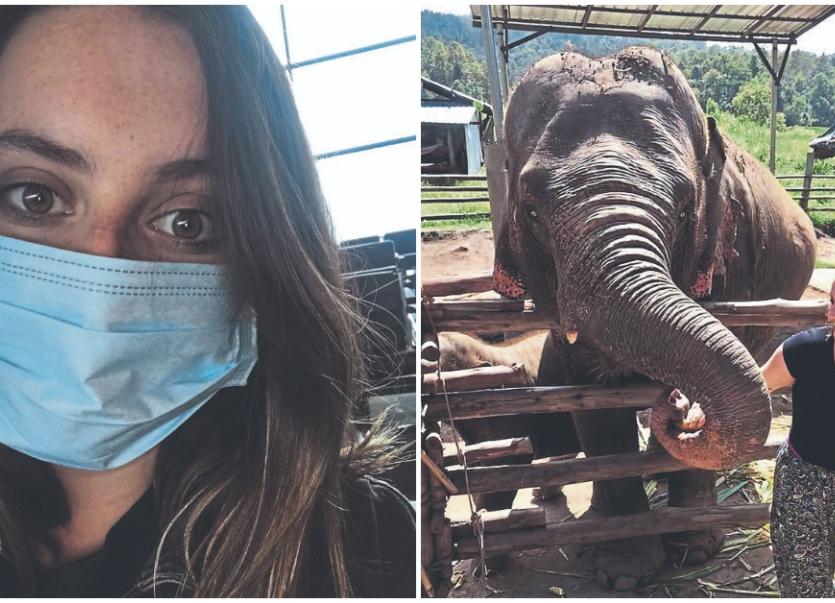 In September 2019 I left the Leinster Express office with a one-way flight to Bangkok and no real plan as to what lay ahead.

Three months exploring South East Asia and a working holiday visa for Australia in my back pocket I was following a well worn path of thousands of Irish who left in search of sandy beaches before me.

The move to Melbourne came naturally following the backpacking, I had a dose of temple burn out and it was nice to settle in and search for a job surrounded by Irish and Australian friends alike, even some familiar Laois faces.

Life trucked on settling into Australia, video calls home with an 11 hour time difference and adapting to almost all food coming from a barbecue.

Until February when a friend coming from France to Melbourne had to rebook new flights because Australia had blocked its borders to anyone travelling from or through China.

Coronavirus was spreading and Australia acted quickly with border controls.

The weeks passed on and the words coronavirus and later Covid-19 spread as quickly across the world as the bug itself.

But the Australian government remained eerily calm. We kept a close eye on the news everyday learning about the virus in Italy, Spain, France, and later Ireland and the UK with dizzying numbers of confirmed cases and deaths day after day.

The Australian Grand Prix was due to be held a stone’s throw from my house in St Kilda. It was cancelled the morning it was due to kick off after McLaren pulled out when a team member tested positive to the virus.

The overall feeling in Melbourne was very relaxed, too relaxed while the price of protective face masks and hand sanitiser shot up but children went to school and businesses stayed open.

I worked in a restaurant where the owners announced they would have to shut up shop within two weeks. They closed four days later, a partial lockdown had slowly reached Australia.

As the prodigal daughter does, I called my parents and came up with a plan for coming home. In no time I found a flight and my bags were packed, goodbyes were said.

Hundreds of people queued at the airport security. Some wearing face masks and some wearing full protective body suits you usually see in labs.

It felt like I was flying from Australia where lockdown was only starting, into Ireland where things were escalating by the day.

It felt like I was on one of the last flights across the world as I read news stories about hundreds of people left stranded all over Australia. I felt like I was going to contract corona virus on that flight.

The privilege of arriving home to a safe house with my family is not lost on me. Life and death decisions are being made on a national capacity and we as a nation have been expected to fall in line and stay at home.

Travelling home in a global pandemic has given me the perspective to appreciate how Irish people are coping in a truly Irish way.

While we might be missing the craic and ceol down the local on a Saturday night, there have been moments of Irish magic shining incandescent throughout our handling of the situation.

A poem, 'Everything is Going to be All Right', by Derek Mahon was delicately recited by the poet at the end of RTÉ news last week. It was the calming break the nation needed to soothe weary souls after taking in another news bulletin of awful updates.

Hozier ended an historic night on The Late Late Show with his rendition of The Parting Glass dedicated to those who had lost their lives to the virus grabbing attention with his unique Irish lilt.

A little girl in Sligo was wished a happy birthday by her friends doing a beeping drive by her house and the joyful video went viral on the internet.

In a unique kind of address, Health Minister Simon Harris answered the children of Ireland’s questions directly on a special segment of News2Day which proved educational and empathetic towards our younger generation.

An Post sent blank postcards to millions of homes that are free to post anywhere in Ireland to keep people connected with the written word and ensured that post men and women were checking in on vulnerable people in the community.

While there will always be a minority of people making life more difficult for others, the way the country has pulled together through this using all methods of communications has been a joy to be a part of. Elements of this crisis are reminding us of who we are.

For now we continue in lockdown, coming together in whatever ways we can. Once again I find myself not knowing what lays ahead in the coming months but this time we are all in it together.

In the hopeful words of Seamus Heaney - “If we winter this one out, we can summer anywhere”.