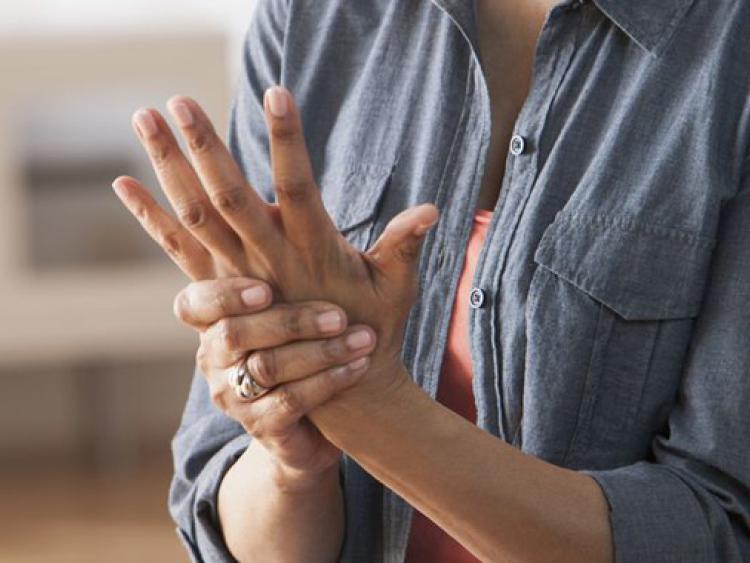 Being active can have a big impact on the health and wellbeing of people with arthritis, especially during the Covid-19 pandemic, according to Arthritis Ireland.

The charity is encouraging people living with arthritis to try even small amounts of physical activity, which they say can help you stay strong and remain independent.

"Physical activity is about much more than exercise; it includes any activity or movement that people do. This can include dancing to the radio, gardening, seated exercises, walking around the house or building your strength with a tin of beans. Everyone can start being active, even now, when so much of the world is shut down,” said the charity’s chief executive, Gráinne O’Leary.

She noted that while some people with arthritis think that physical activity will make their condition worse, the opposite is true.

“Physical activity is also shown to have a positive impact on mental wellbeing, which is so important in these challenging times. Being active is associated with better sleep patterns, well-being, self-esteem, energy levels and helps manage fatigue.”

Caroline Cahill from Portlaoise has rheumatoid arthritis and psoriatic arthritis. To keep herself active during Covid-19, she does chair exercises, takes the stairs, washes the windows and walks her three dogs.

“Movement is definitely the best medicine,” she said, “I keep my own pain under control; the busier I can be, the better I feel.”

Arthritis Ireland is publishing information and resources about physical activity on its website and social media channels throughout National Arthritis Week. This will include a Take Control with Exercise programme, which features flexibility and strengthening exercises.

The charity is also asking people to support its work by donating €4 by texting ARTHRITIS to 50300.

Around one million people have arthritis in Ireland. The condition affects people of all ages, including children; one in five (18%) are younger than 55 years. There are over 100 different forms of arthritis, which cause pain, destruction, stiffness and swelling in the joints of the body. Arthritis accounts for one-third of GP visits and is the single biggest cause of disability.

The number of people living with arthritis is forecast to increase in the coming decades. Two key drivers are increased life expectancy and physical inactivity. Just 46% of adults in Ireland are achieving the minimum level of activity of 150 minutes per week. This figure falls to one-third for adults aged 65-74.

“Taking positive action now by getting more people physically active is a public health imperative. We must do everything possible to minimise the pain and destruction caused by arthritis. Every movement matters is a philosophy we can all embrace,” added Gráinne O’Leary.

National Arthritis Week is supported by MSD and Novartis.