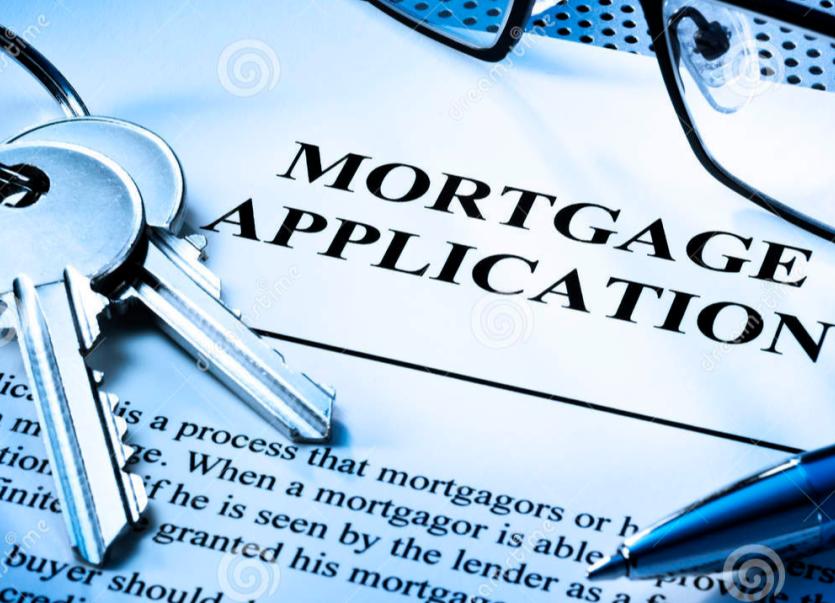 The Covid-19 pandemic has wreaked havoc in almost all sectors of the economy but as we slowly emerge from our cocoon, some sectors may actually sink themselves. Almost all mortgage lenders have hit pause on borrowing for those in receipt of government wage supports, namely the Pandemic Unemployment Payment and the Temporary Wage Subsidy Scheme.

Many on the subsidy scheme have continued to work through the pandemic, receiving the same salary as before. The scheme was drawn up by Finance Minister Paschal Donohoe to save jobs and support companies through the shutdown. To qualify, companies needed to prove a substantial loss of turnover and with a lot of industries simply forced to close, this criterion wasn't difficult to meet. If you weren't selling groceries or PPE from March to June, your turnover was pummelled - that's the reality we found ourselves in, and the reality for thousands of thriving companies forced into temporary losses and onto this scheme.

The scheme in itself has done its job for the most-part with still almost 500,000 employees having their wages topped up by the government in a bid to steady and steer our economy through these uncertain times. However, it has now emerged that banks are refusing to allow applicants to drawdown their already-approved mortgages if their employer is availing of the wage subsidy scheme. With the scheme now likely to be extended beyond the end of August and possibly into next year, this stance could have severe knock-on consequences for the building and property markets.

AIB came under pressure this week after a circular they had sent to mortgage brokers spelling out this effective ban on lending to wage subsidy recipients was made public in the Irish Times. Mortgage brokers were not happy with the position and AIB were forced into what was reported as a 'U-turn' but was far from it.

Their statement on Wednesday said they would now accept applications from those on the subsidy scheme but that "in line with normal procedures, the final assessment of the customer’s ability to meet repayments is always made shortly before drawdown." This is another way of saying people will not be able to drawdown while on the subsidy scheme and AIB are not the only lender stipulating that a payslip without the subsidy on it be supplied before drawdowns. Letters from employers stating the sustainability of an employee's job beyond the scheme are not deemed sufficient in many cases.

The Banking & Payments Federation of Ireland released guidelines in May which said: "There will be many customers who are further along the application stage and looking to drawdown on their mortgage and perhaps thinking that the current crisis may impact this process. But BPFI is keen to reassure such customers that lenders are facilitating mortgage drawdowns within the normal timeframe where all the standard requirements have been fulfilled."

The big caveat to this, however, is that these "standard requirements" include a check to see if your circumstances have "materially changed." On the face of it, this is a very sensible stage prior to a mortgage drawdown but lenders are using it to hold the wage subsidy scheme against people. They appear to be counting the fact that an employer is using the scheme as a "material change" to a borrower's circumstances. This is despite, in many cases, these borrowers remaining in jobs and receiving their identical salaries throughout lockdown. Many have amassed extra savings due to the lack of areas of the economy to spend money in during the lockdown and yet this aspect makes no difference. Surely an identical salary to the original application, a letter from an employer confirming an employee's job into the future and extra savings should be sufficient to drawdown a mortgage - but alas - it's not.

A lot of these jobs are secure. Many industries hit with closures had no choice but to let people go or admirably keep them on using the wage subsidy scheme. As these businesses re-open, they are inundated with customers but the financial hit endured in the intervening months makes it difficult for them to immediately come off the scheme, so employees in now rejuvenated sectors are still locked out of the mortgage market by the presence of four letters - TWSS - on their payslips.

Homebuyers who had mortgage approval before the word 'coronavirus' entered our parlance and duly paid deposits and signed contracts are now at risk of losing those funds as the banks pull the shutters down on their applications at the final step. Approvals and Help To Buy applications may run out as companies remain on the wage subsidy scheme and borrowers are hamstrung. If they pull out, they lose their deposits and their dream home. If they want to close the sale because they're earning the same as they were when they applied, they are being told 'no.' It is a sickening limbo leaving thousands of people stressed - the mental health implications alone are frightening. Sales are stalling or falling through for no other reason than the banks looking out for their own commercial interests. The 'all in this together' mantra doesn't seem to apply to the banks as they engage in this practice and charge other people interest on their Covid mortgage breaks. Once again, ordinary working people are the collateral damage to the banks' indifference and lack of humanity.

It is not about precipitating unbridled lending like we saw pre-2008. That was clearly wrong but things have been more stringent since. Lending levels have reduced and borrowers are already jumping through many more hoops than they were during the boom. It seems now the final hoop is now being set on fire and being made a moving target. If the wage subsidy scheme is extended, and it looks likely, in the government's July stimulus package, that target could fall out of reach for a lot of people as this issue spills into next year. It is inevitable considering most lenders are holding out for a payslip without the subsidy on it.

It is bad enough individuals are being put under such severe pressure through no fault of their own, but the market too is being choked. Builders midway through developments will not receive payment from closed deals to pay workers and subcontractors. There is anecdotal evidence of builders holding off on commencing new phases of housing developments until they get a certain number of 'sale agreeds,' something only possible when credit is being made available. The banks being prudent is all well and good but not looking into individual mortgage applications and facilitating drawdowns in these cases could actually turn out to be reckless. A stream of drawdowns is needed to give oxygen to the building and property market.

What the banks are doing is the ultimate freezing of pent-up demand in a market already starved of supply. They are creating a landscape of slowed down supply and a cattle-tied demand that will eventually be released. This new vista is a sudden release of borrowers when these payslips become available and a seriously suppressed supply as builders slow or stop working on projects. The lockdown has already had a major impact on supply with building sites closed for weeks on end. If we learned anything from the boom it is that an environment like this creates a crucible of spiralling prices fuelled by a lot of buyers vying for very few units. In that case, we had an oversupply of houses and mortgages being dished out like raffle prizes.

In post-Covid land, the lack of supply and effective freeze on credit could do untold damage. If the subsidy scheme ends and the many people in secure jobs suddenly have this magic payslip the banks are looking for, we then have a crowded market. Diminished supply leads to bidding wars and a fast track to a Celtic Tiger-esque disaster in the property market.

It may be a different path but it will lead to the same place - bust!