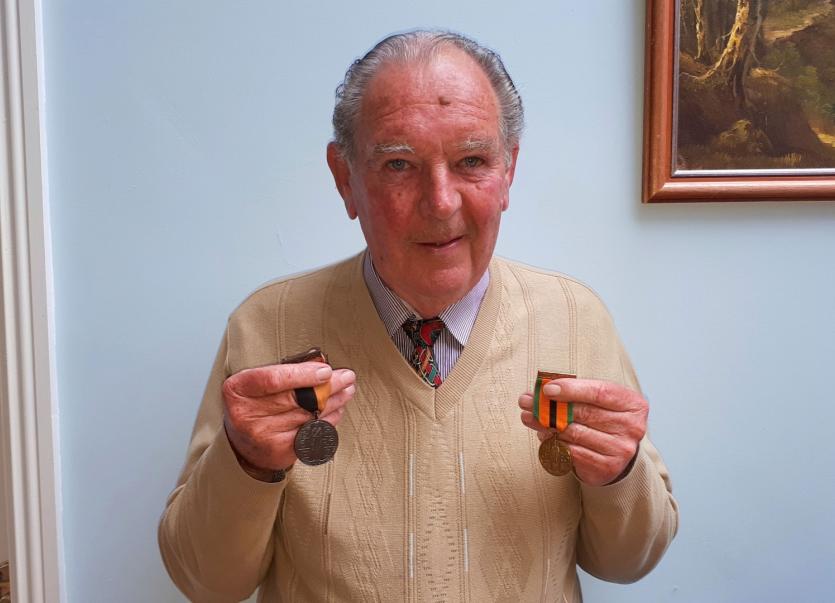 A century ago in the War of Independence a young mental nurse who was working in Laois was also secretly risking her life in the fight for Irish freedom.

Now almost 100 years later in 2020, the veteran’s service medals have been finally received by her proud son on her behalf, Jim Keller in Emo.

Born in 1901, Charlotte Fitzgerald grew up on a farm in Kilcooney, Offaly.  She attended school in Raheen and then trained and worked as a nurse in St Fintan’s Mental hospital, getting there from her family home in Offaly on her own motorbike. 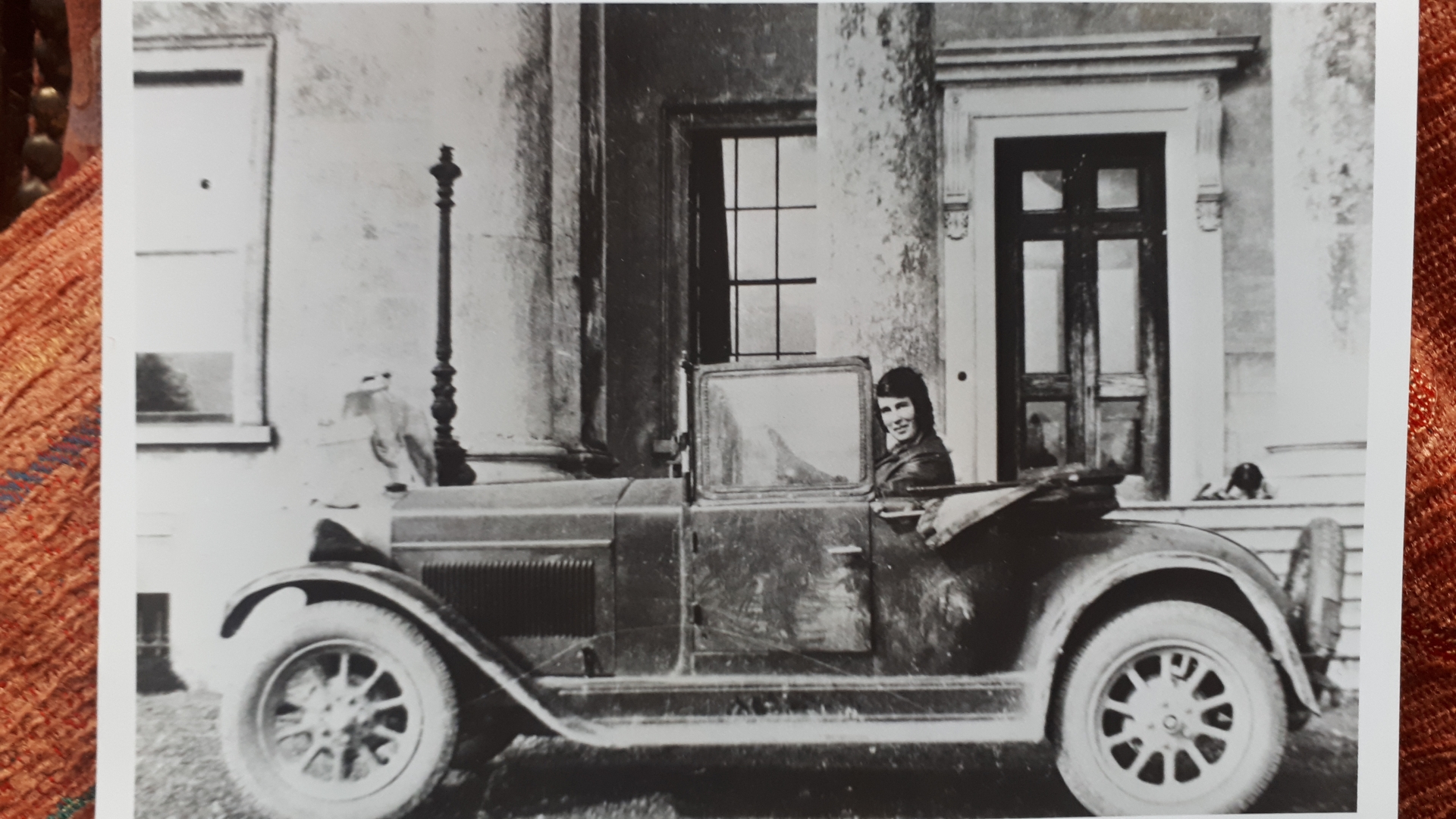 By the time she was 18, the Irish War of Independence had begun and she with her parents Jim and Susan and brother Robert were secretly doing all they could to feed and shelter Irish freedom fighters.

A teenage Charlotte joined the women’s wing of the army, Cumann na mBun and became a Captain in her unit, the Flying Column, which had 28 people.

Because she was a nurse and had her motorbike, she was particularly useful as Jim explained to the Leinster Express.
“She used to dispatch messages and parcels to different people. The family had a pony and trap and they would also collect clothes and food for the prisoners. People who were on the run would train on their land in Kilcooney.

The neighbours were McEvoys and their house was known as a safehouse. Kate McEvoy went around with Lottie Fitzgerald as she was known, in the pony and trap and would collect parcels for the prisoners. Her mother and father would feed the lads camping and training on the bog.

It was the time of the Black and Tans, the notoriously violent English force.
“She was really putting her life on the line. I wouldn’t mind but she was a little small woman.The family farm was fairly substantial. They had a hell of a lot to lose,” he said.

By the end of 2021 the war was over and in the early 1930’s Lottie got married, to Francis (Frank) Keller, who was born in Bridge Street in Portlaoise and worked as a fitter in the Irish Worsted Mills.
Over the next ten years they had five children, living wherever Frank got work, for a while in Avoca in Wicklow and later back in Portarlington, settling in St Brigid’s Square.

Jim said his mother never talked about her time in Cumann na mBun.
“She wouldn’t talk about it. The only person she would talk to was a historian in Portarlington, Harry Milner, he would get stories off her.
“I remember as well that people would come to her to sign papers to help them claim their pension, women who were in her column,” he said.

He recalls the type of woman his mother was.
“She was absolutely brilliant. She held the whole family together. She taught my two sisters skills, Mary went into curtain making and interior design and Ann into bridal dressmaking. I went into upholstery. She was instrumental in guiding us in that direction. Jack went into ornamental steel works, gates and railings. We all worked for ourselves. I suppose we got the skills from both of them,” he said.

To help make ends meet, Lottie would make Irish ‘colleen’ dolls, buying plastic dolls and making traditional irish costumes for them at home.
“She had an opening for them in the Hector Grey shop in Dublin. She would go off on the train with five or six dozen dolls.
“She made or repaired all our clothes, and did dressmaking and alterations.

He said she did look back fondly on her time as a mental health nurse, which at that time had to end once she got married.
“She told us how she minded a famous pianist, Rhoda Coghill.
She was a pure little lady. People said that of her. She liked gardening and read quite a bit but most of her life was about her family. Even after we all got married, she would still be interested in what we were doing.

Lottie died on March 22 1985, in Portlaoise hospital, aged 83, after suffering a heart attack. She had made an attempt to get her medals in 1965.

“They were posted out, but to Avoca, they disappeared in Avoca, but the envelope they were in was sent back to the post office, with a stamp saying ‘cover found open (or torn)’. The contents were taken,” Jim explained.

This August his request for replacement medals finally bore fruit and he got them in the post.

Both are bronze. The Service (1917-1921) Medal was issued to members of the Irish Republican Army, Fianna Fáil, Cumann na mBan and the Irish Citizen Army.

The Truce (1921) Commemoration Medal was issued to veterans of the war who were still alive in 1971 and had received the service medal. Both were issued by the Department of Defence. 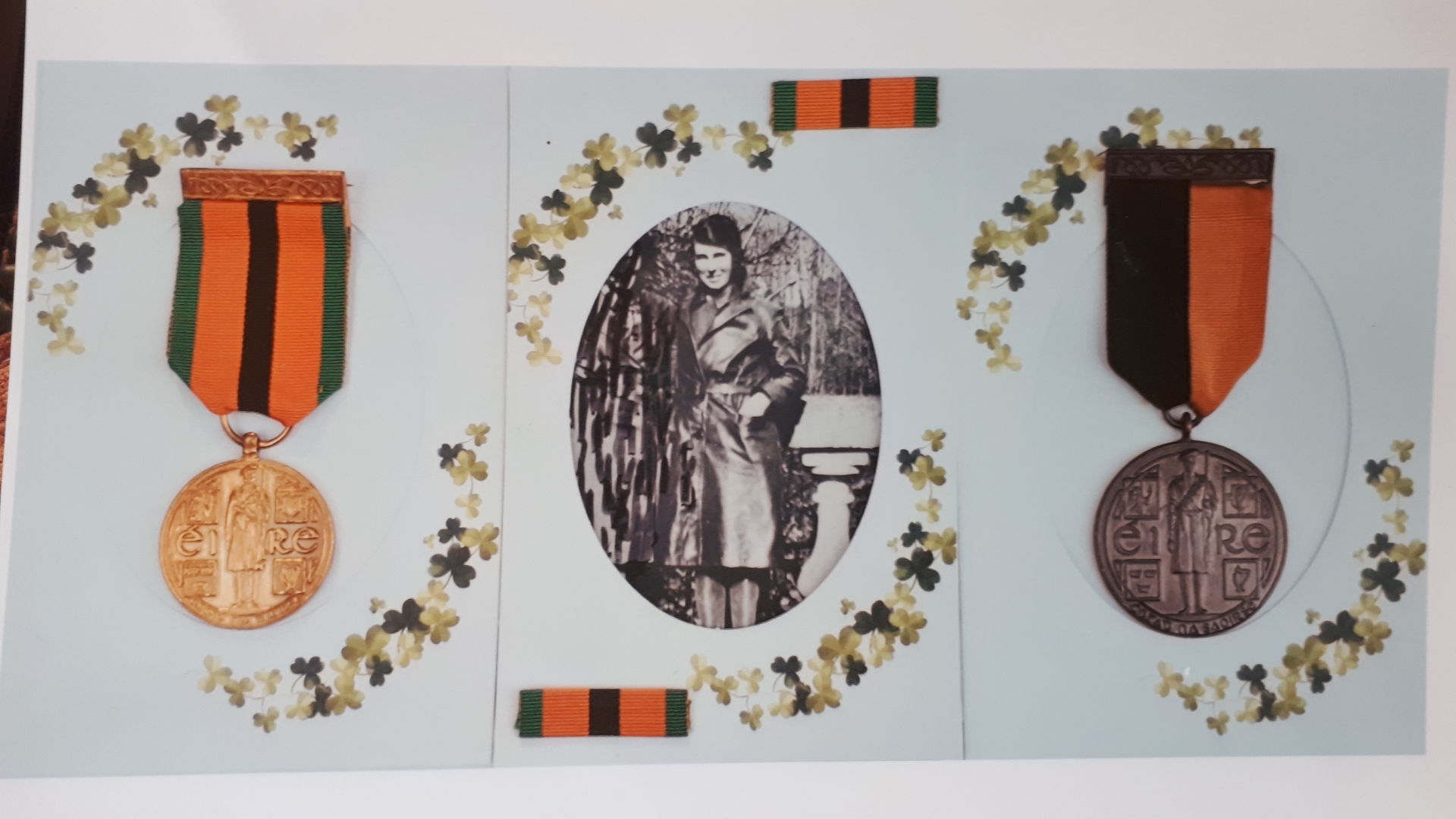 They are a matter of huge pride for Jim, now aged 80. His brother and sisters range from 74 to 84, all alive and well.

“It meant an awful lot to me. The fact that she really looked for them when she was alive and didn’t get them made me more determined to get them. She obviously deserved them or they wouldn’t have issued them. They’re not easily earned. I’d be a good Irishman. For her to have played a part to get our country back from the British, that is what they were fighting for. I am immensely proud of her. For her and myself I would like to see a united Ireland. I don’t know if I will see it or not but I’d like to.

Jim and his wife Teresa had three children, two boys and a girl and 10 grandchildren.
“My girl is in Donegal and has five girls herself, we haven’t seen them since Christmas, because of the virus,” said Jim, becoming emotional.

“We coped fairly well in the beginning, doing projects, but its getting monotonous now. I am losing a bit of heart in the thing to be honest,” he said.

Jim who was featured recently in the Leinster Express for his 3D model of the military fort in Portlaoise, is normally busy with multiple interests.

He is a member of the Laois Heritage Society, Portlaoise Mens Shed, Birdwatch Ireland, Sinn Féin and Comhaltas Ceoltóirí Éireann.

“All that is gone, you’d miss them, I would have gone to a drama or an outing every week, the virus has curtailed all that. Now they are talking about another surge and it frightens the life out of us. It’s a bit disheartening, we used to get lots of visitors too, now they can only come as far as the gate,” he said.