Expert explains the 'Impact Factor' which could unlock financial success 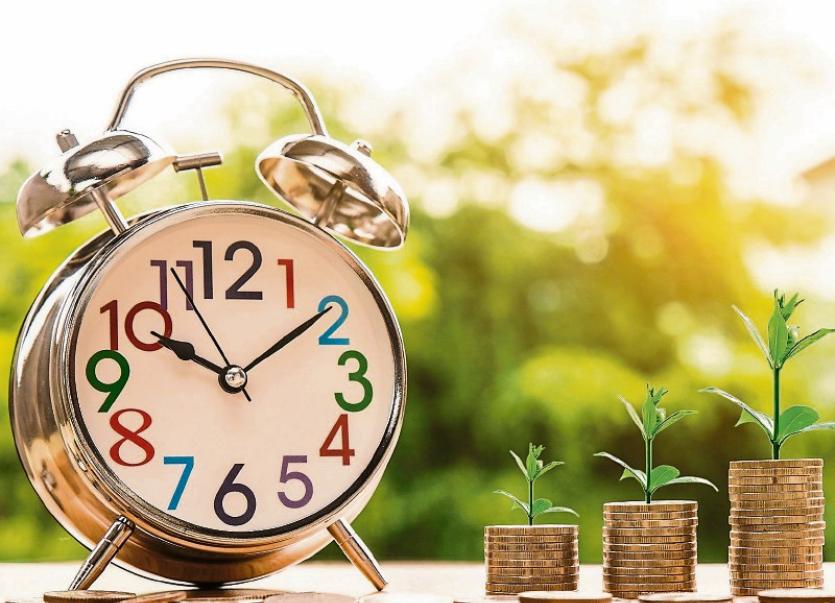 I’ve been on a quest of sorts for the past 12 months. I wanted to discover, what’s the secret to having a successful financial life?

As you can imagine, there are many factors to consider, but I wanted to find out, what are the most important ones? What are the areas you need to focus on, because if followed, they will deliver you success.

And I’m glad to say, my journey has come to a successful end, because I’ve developed a formula, that I believe uncovers, what the components to achieving financial freedom are, and I’ve named it:

Before I even started out, I spent hours and hours reading and searching the internet trying to find out what others have been saying, specifically about money and personal finance formulas, and unfortunately, I didn’t find much.

But let me tell you what I did find.

One formula for financial success I came across stated this:

I had no idea what that meant, so I continued searching.

Another one I found claimed that if you followed it, you would have a 1 in 13 chance of becoming a millionaire and it was virtually guaranteeing you success, and it was:

It didn’t elaborate much on what they meant by hard work, or smart decisions, but this formula is first off incredibly patronising, and obviously has no connection with people, otherwise there’d be many more millionaires in the world, than there are.

And unfortunately, the self-help industry has become hugely profitable because it sells the dream of rapid wealth with minimal effort.

I discovered other formulas and the adjectives they kept using were guaranteeing, easy, simple and we all know, financial success is far from easy or simple.

When I developed my formula, it was important I monetise each component, because otherwise they become abstract and each can lose their impact. But, put a number on them and you really see how much they’re either holding you back, or how much they can propel you forward.

Before, I moved forward with assigning numbers, I had to build a formulae and I tried to make it as simple as I could. And after pouring over many permutations, and thinking about what the shared characteristics of financially successful people I’ve encountered are, I came up with the following:

And the letters stand for:

If you rearrange the letters, they can be compacted into the acronym IMPACT, which might help remember the principles I’ve chosen.

And any of these factors by themselves don’t increase your rate of success. Having a high financial IQ doesn’t count for much, if the portion of your income you’ve set aside for savings is low. Having a high income won’t guarantee success if your time frame is small, or you don’t stick to the plan.

People think they have, to have a big income if they want to become financially successful, and that’s just not the case. I encounter people all the time whose incomes are very high, but they neglect to work on their personal development, they don’t take action with any surplus monies they have, they never seek to improve their financial IQ, and if they commit to a plan, they don’t stick to it and take the easy way out all too quickly and easily.

So, money in itself doesn’t get the job done. If doesn’t count for anything unless you’re using it wisely and apportioning the correct amount towards your various monthly outgoings and staying within the agreed limits in each category.

And when you begin using money in conjunction with time, intelligence, personal development, action and commitment and you add the value of all of these variables together, they can either speed up or slow down your rate of success. Individually they can act as accelerators, but when combined together, they can turn you into a financial powerhouse.

The measurement I created in my formula, was anyone who scored > 1 is going to be financially successful and anyone < 1, isn’t. So, I can tell anyone who has 2 mins to spare, what their financial success number is.

And if you’re on the wrong side of 1, that’s okay as well, my formula will show you exactly what areas you need to work on, and when you do, you’ll soar past 1 and on your way to achieving financial success.

When I wrote the Impact Factor, it was important I brought my formula to life, which is why I dedicated a section to a real-life case study. It compares two people who started off at the same age, with exactly the same income, the same job, and had the same opportunities.

One chose to follow the formula and knew the importance of each variable, and the other chose to ignore them. Where both ended up in terms of retirement, savings, debt, age mortgage free at etc. and the subsequent monetary difference between each is staggering.

What I like about my formula is that regardless of what financial success means to you, it doesn’t change, no matter who you are or what you want to achieve. It applies to everyone from the average wage earner, to corporate executives, to entrepreneurs. And it doesn’t matter how big or small your financial goal is, the variables that make up the formula remain the same.

The big value add for using the formula, is the change that can happen and one you will see, if you work on the areas that are holding you back, and the formula will show you what they are.

And they’re probably not the ones’ you’d have thought about yourself, or ones you didn’t realise would be as important as they are, but now you will, and as a result you can take focused action to correct them, and you won’t ever have to wonder again, what it is you’re doing wrong.

So, I’m excited that I can finally share The Impact Factor with you and if you have 10 mins to read it, I assure you it will be time well spent, because I believe it will alter the way you look at your finances.

It’s obviously too large to include here, but you can access it by clicking here.

I’m hoping you enjoy the read, and that at some stage you will end up using my formula, and you’ll benefit from transformational output it will create, and it will help you to, design the financial life you want and deserve.