Brain surgery survivor finds new leash of life, thanks to the help of her canine companion 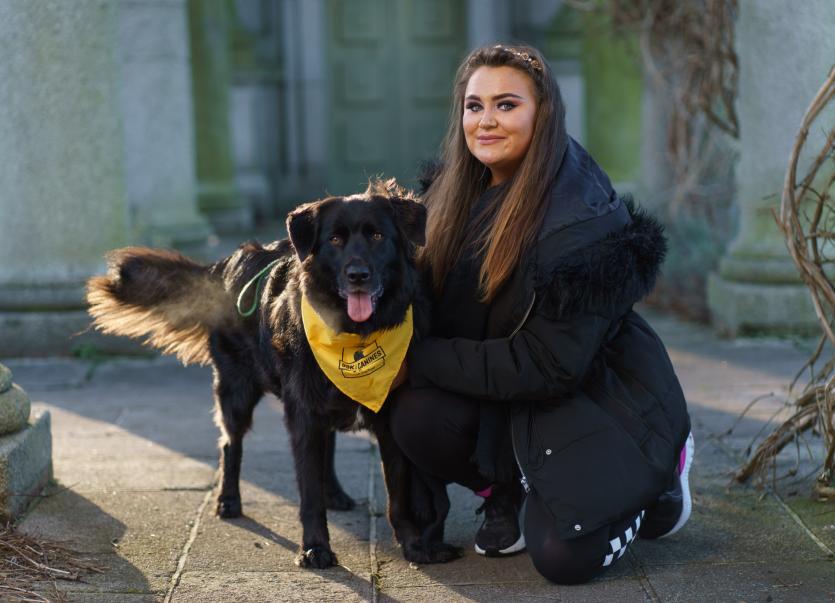 Dogs Trust, Ireland’s largest dog welfare charity, has launched their ‘99k for Canines’ Facebook challenge calling on dog lovers to walk 99 kilometres with or without their furry friends over the month of February.

In a case of “who rescued who?”, one participant, Róisín Tracey who is recovering from brain surgery, has been inspired by the care her adopted dog has shown her, to take part in the challenge to raise much-needed funds for the charity.

Róisín’s family adopted Freya, who had been abandoned on the M50 as a puppy, along with her littermates in 2018. Freya was then adopted from a rescue organisation but subsequently returned, which turned out to be a stroke of luck for Róisín.

Approximately eighteen months ago, at the age of 22, Róisín was diagnosed with a rare brain disease which sadly left her in considerable pain, bed-bound and unable to work. Through it all, Freya has been glued to Róisín’s side and seems to know when she’s in pain or about to have a seizure and would alert other family members if she fell or collapsed.

“Freya usually sleeps with my parents but after I had brain surgery, she slept in my bed. We may have rescued her, but I feel she has done more for me than the other way around," explained Róisín.

"When I saw the ‘99k for Canines’ challenge on my Facebook feed, I thought of how much Freya has helped me and how much I want to be able to help other dogs in need, just like she was, so we signed up immediately. Freya is my inspiration for getting out to walk and the challenge suits me because there will be days, I can walk further than others and days where I can’t walk at all.”

Ciara Byrne, Head of Communications at Dogs Trust Ireland said: “We were blown away when we heard Róisín’s story. The fact she’s taking part in our ‘99k for Canines’ challenge after everything she’s been through is such an inspiration to us and to everybody else taking part and we wish her and Freya the very best of luck. It’s such a wonderful way for Róisín to give back. She’shelping other rescue dogs, just like Freya, by fundraising for Dogs Trust via this challenge.”