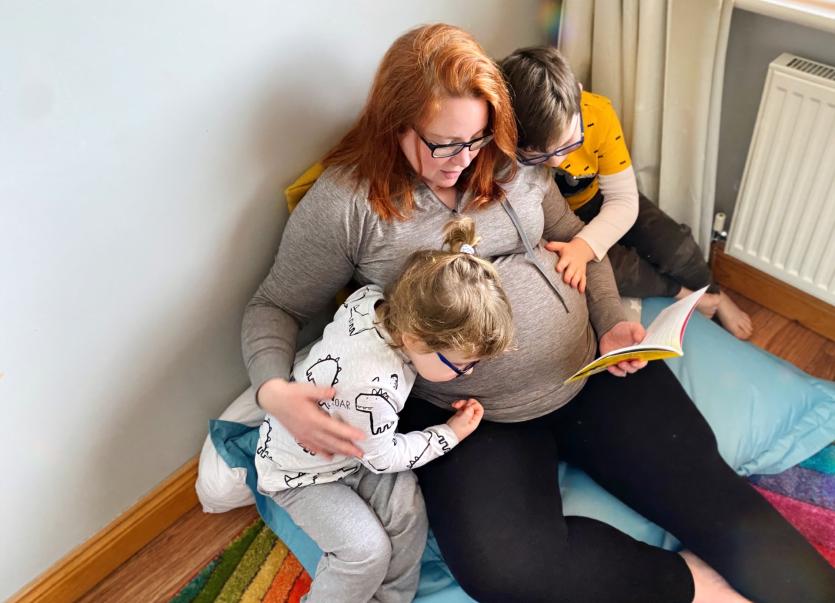 Blogger Jen Ryan from Portarlington with her boys Rian and Alex

We’re likely all familiar with the old ‘anything stirring yet?’ It is a question that most of us face after we get married or if we’re with a partner for a long time.

Most of the time we’d laugh it off, nod and agree, give the typical ‘ah who knows!’ type of response. But for us that question involved smiling on the outside and silently crying on the inside.

But then weirdly, people seemed to slowly realise that things weren’t going to plan - and it felt worse when they stopped asking. Suddenly I was very aware that people had noticed that we couldn’t seem to get pregnant - once or twice conversations would die down when I walked into a room. I could imagine them advising each other, ‘don’t mention babies if Jen comes in, I think they’re having trouble’...paranoia.

Friends suddenly stopped talking about baby related things with me, out of kindness of course, but I didn’t want to be treated any differently. It was a difficult, fine balance, of wanting to be included, yet not being able to think about babies without feeling my heart breaking a bit.

Years passed by, trying and failing to conceive. Month after month of hope followed swiftly by heartbreak. Watching family and friends announce pregnancies, attending their children’s Christenings and birthday parties, plastering a smile on in the hope you were hiding the heartbreak underneath.

The hardest was when someone told you they were pregnant. You’re genuinely happy for them, really. But the first thing you feel regardless, is a virtual kick to the stomach. When is it our turn?

You smile so hard your cheeks hurt, genuinely happy for the friend or family member that you love, wanting so much to share in their happiness, but feeling too much disappointment and devastation for yourself, trying hard not to run away and cry. It was so much easier to get advance warning, so I could deal with all of those emotions on my own, and then when I saw the person it was no effort to show my genuine happiness for them in a moment they absolutely deserved to celebrate.

After four years of trying, we turned to IVF.
At first it felt exciting. We had a plan! Early 2013, I took the planning as a very welcome distraction and threw myself into learning all I could about the process.It was daunting - so many medical terms and acronyms that scared the life out of me, not knowing what any of it meant and hoping we wouldn’t need to find out either.
I looked at the prices. €4500 for IVF.

Ok, I thought, if we could manage €10,000 then that would give us two shots at this. We approached our credit union, explained what it was for, and they approved the loan. This was it.

Round one, we didn’t get much change from our €10,000 and the pressure was immense. What if it doesn’t work? How will we afford to try this again? How long would it take us to work and save what we need to try again? The odds of success, we were told by the clinic, were about 30%.

It puts a huge strain on your relationship. Both going through the same thing, and yet, not going through the same thing. I had to take all the meds, do the injections, have the scans, all while my husband felt helpless unable to do any of it.
We supported each other as best we could, by talking about it, and doing as much of it as we could together. He’d be beside me for every injection, we’d hope together that this might just work, and worry together about what sort of marriage we might have if it failed.

After our first round was cancelled because I didn’t respond properly to the medication, came our lowest point. We couldn’t do it on our own, and now science was failing us too. I had let my hopes go so high that when it was cancelled, the crash back to earth was almost too much.
But what choice is there? You get back up and try again.

This time we took a few months away from it, we both needed the break. It completely consumes your life, you can’t plan ahead, you can’t really even focus on anything in the present. It had taken over every corner of our lives, I had completely withdrawn from family and friends, stopped socialising. Taking a break was needed, so we did, enjoyed Christmas and decided to try again in the new year.

This time, I started writing about it. Just to get the thoughts and emotions out of my mind where they felt crowded and overwhelming, and it helped a lot. Back then, Instagram wasn’t really a thing, and if IVF is discussed very little now, it was less so then. By writing things down and putting them on a blog, people eventually started to find me and I found some support. I decided to take it in small pieces, afraid of that crash of failure again, if I did it in small steps, surely it would be more manageable.

But as it turned out, it worked.
In February 2014, we had seven frozen embryos as a result of the IVF treatment - an amazing result, beating the odds. We transferred one on Valentines day that year, and in November of that year, our first son Rian was born. We were unbelievably lucky, and we knew it. He was everything we had dreamed of for all those years, and he made it all worth it.

A year later we decided to try for a sibling for him. We had six embryos frozen with the clinic, and transferred one. Unfortunately that failed. Grieving for an embryo is hard to describe to people - it’s not quite a baby yet but to us, it was. Hard fought for, a collection of cells to some but a bundle of dreams to us.

In early 2016 we tried again and that October, our second son Alex arrived. Technically twins - conceived at the same time but just born two years apart! I love telling people that. Our little family fun-fact.

Below: Rian and Alex in Derryounce woods in Portarlington. 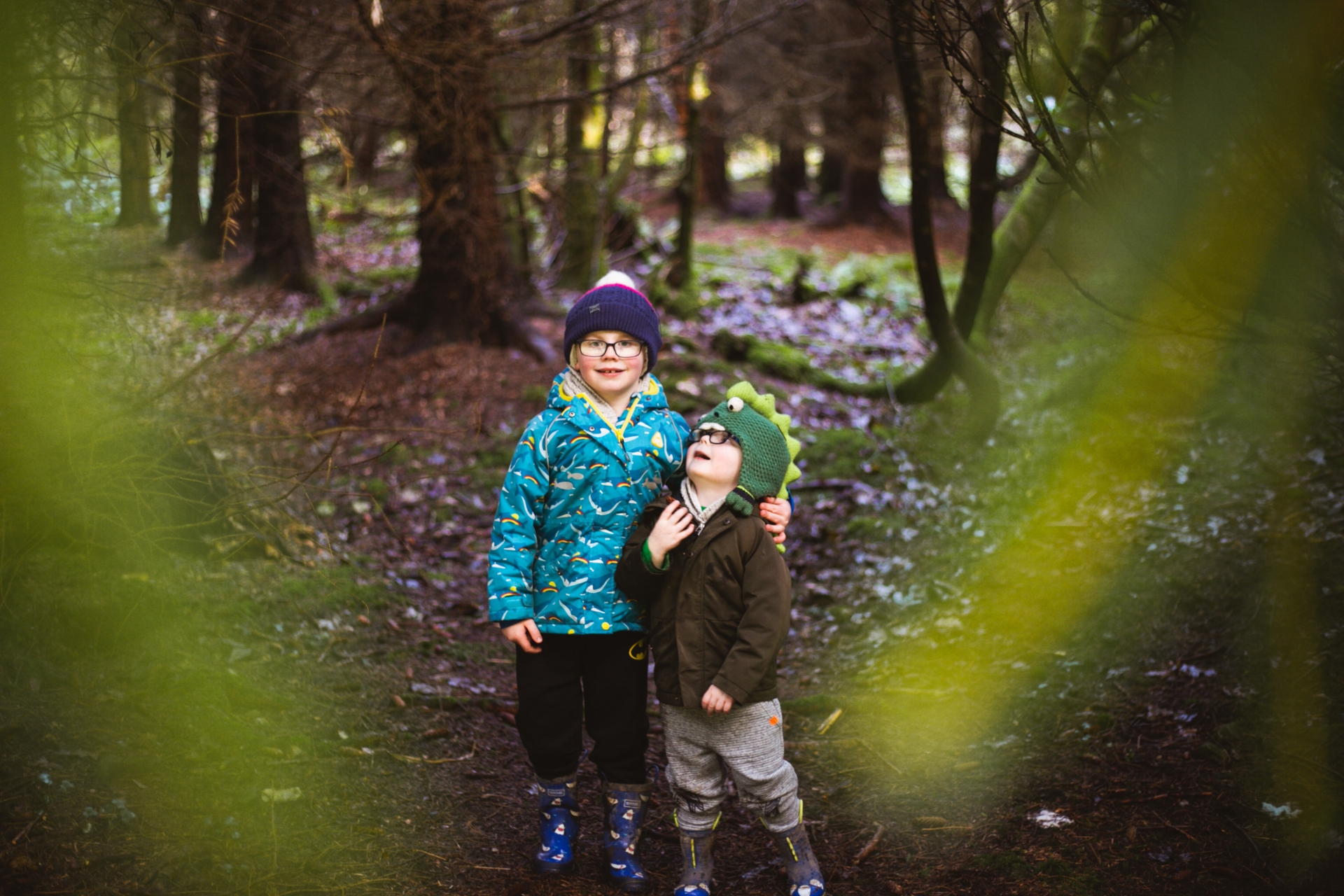 Isn’t it amazing though when you think of it? The odds of these two amazing little boys even existing in the first place, and here they were. I still can’t really believe they’re ours.

As I type this, I can feel the kicks of ‘Embryo 4’ as I call her, inside my belly. Thumping away as if to say ‘here’s some heartburn, Mam!’ No longer an embryo but according to my pregnancy app, the size of a coconut now at 31 weeks.
In July 2020, after a year of not being sure whether to push our luck again, in the end we decided to try one more time for our third baby. Four embryos at the clinic - you have to pay to keep them frozen, and every so often the clinic writes and reminds you the fee is due. Do you want to keep them for another year?

What a decision. How could we let them go? What if they never get the chance to become people? The randomness of them even still being in there - any one of them could have been transferred the previous three times. Of the two children we had, it could have easily been any of the other embryos. Who might they be?

It might sound hard to understand, and it is! But letting them go is a very difficult thing to imagine. That, coupled with the fact I’m not getting any younger, led us to think that this was our last shot, it would either work or not, and at that point, we would draw a line under it and leave infertility and IVF behind us. Ten years of marriage, we have been luckier than we ever dreamed.

However, Embryo 4 had other ideas and yet again, against the odds, decided that three children would be the number for us! We found out over the summer that it’s a little girl, and in a couple of months, our two boys will graduate to big brothers.

Throughout the years of dealing with this, I wrote about it. I became passionate about raising awareness of infertility, the effects it has on your life, on your marriage or partnership, on yourself. It's part of who you are, it filters into every aspect of your life. Writing about my experience has opened doors for me too, it has given me opportunities like writing this very article, it puts me in touch with people who know what it feels like to be us.

I was inundated with messages from people - either going through it, about to go through it, or that they knew someone who was doing it and now they had some insight into what was involved. Being open about it has its downsides, but it has so many more rewards.

Infertility is not something we should be embarrassed or ashamed about. If you had any other ailment, would you be embarrassed? Can you think of any other medical issue someone might have where people tell them to ‘just relax, if it’s meant to be it will work out?’ Me neither.

One in six of us will experience infertility, both men and women, in fact it is equally spread between both sexes.
The most common question I am asked is, what advice would you give? Knowledge.

Inform yourself, talk if you feel able to, ask questions. Support is out there, much more so now than when I did it. Help is available.

I am hugely aware of the position of privilege I am in due to our success to be able to be comfortable in being open. So many couples do this treatment three, four five or more times and are still battling to get that magic pink line.

Think before you ask questions, or make comments. Be kind - we never know what battles people are fighting behind closed doors.

Meanwhile, if you’re reading this and want to reach out - just get in touch. Things seem less scary when we’re not on our own - and you’re certainly not on your own.

The independent organisation is not associated with any clinic. It is offering online supports at this time.

Below Jen with her boys and husband Gavin Moran 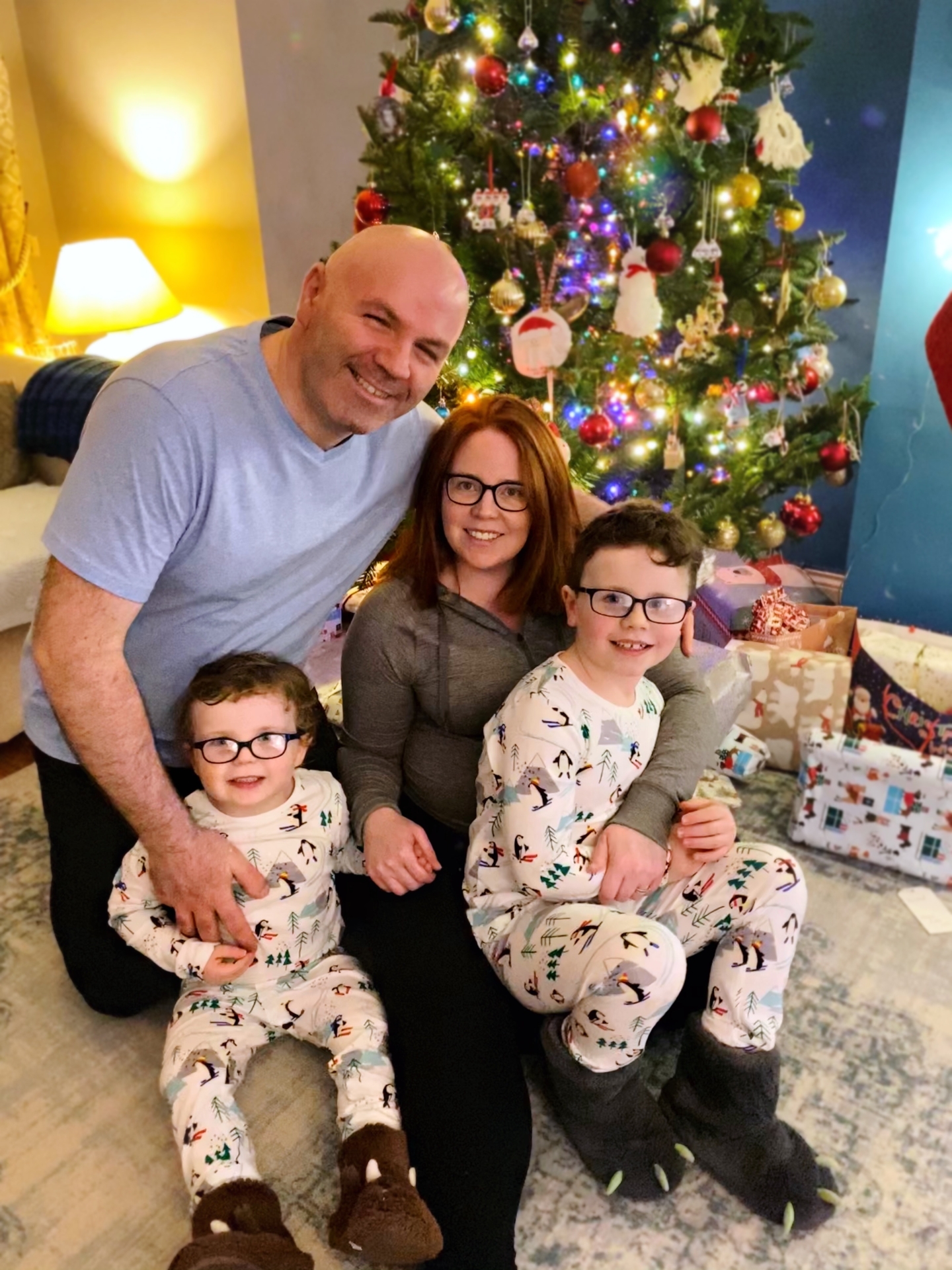