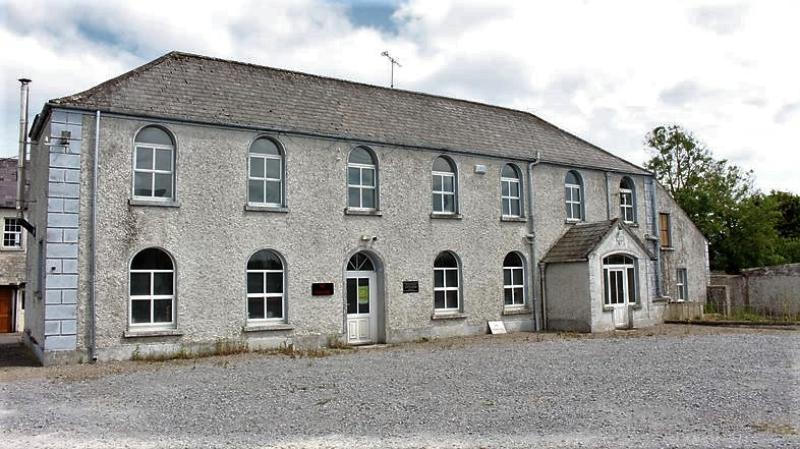 A dedicated group in Borris-in-Ossory have spent the last three years working to renovate the former Convent of Mercy into an innovation centre for the community.

The convent was originally built by the Sisters of Mercy in 1873. From 1963 to 1991, the building served as the local secondary school. It has laid unused until the Borris Innovation Project was launched in 2018 at a function in Rosie O'Grady's.

Group representatives Miriam Wiltshire and Mary Kirwan met with the Leinster Express to show the progress that has been made so far. MORE BELOW PICTURE. 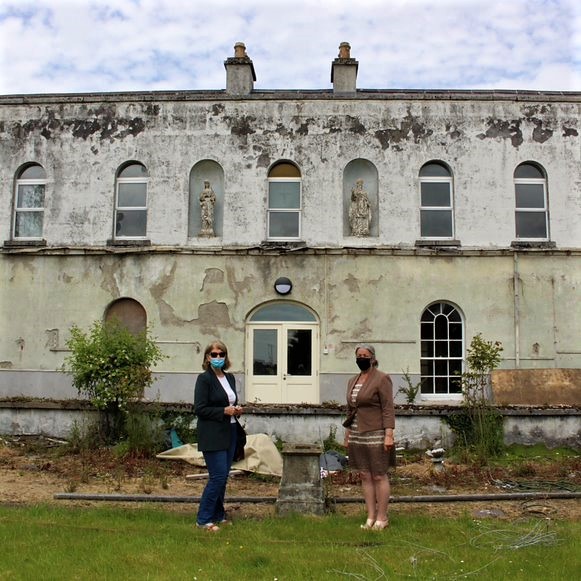 “We investigated other spaces in the community, such as the courthouse, and there was no available property for us to use. So social entrepreneur Nicholas Bergin stepped up when he saw the predicament. He put on his entrepreneur hat and the partnership was established. It’s amazing what he has done, as it's all for the benefit of the community”, explained board member Miriam.

“We are doing this for the people. There are many reasons why it is crucial that we don’t call it a hall or a community centre, but rather an innovation centre,” she said.

“We hope that it will jump start the village into a different way of thinking. We’d like to help move Borris in Ossory into the ‘New Ireland’ we see now,” she said.

The two-story building boasts large gardens, a refurbished chapel for holding concerts or functions, and many large rooms intended for holding courses and renting as commercial spaces.

“We want the centre to be here for the people. Whether it is for functions, to gather after funerals or even to host weddings, we want it to be a lovely space,” said fellow board member Mary Kirwan.

“I think it’s very important for Borris in Ossory to have a centre as such,” she said.

“We have a big wide main street with no green areas as such. Recently there was a tiny garden developed at the top of the village, but we feel that this will be very important.”

“It’s adequate space to run some sort of a mini festival in Covid times,” added Miriam.

The pair have said that when the project began, the convent was “a wreck.” 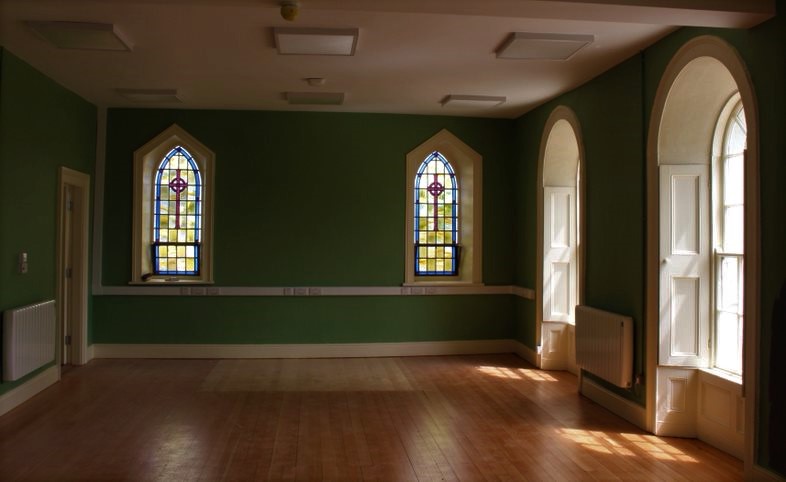 So far, extensive repairs have been carried out on the roof and the ground floor.

The gardens on the grounds will be renovated with intentions of holding small concerts and functions. It will also be open for Communion, Confirmation and wedding photographs.

The tour with the board members began in the gardens, where birds sang in harmony with laughter from the primary school students on break time next door.

“This garden once encompassed prayer  paths for the congregations and the nuns,” said Mary.
“There are blackcurrants and gooseberries, the garden is full of fruit trees. I remember picking them as a girl, the nuns were very generous. I remember what a lovely place it was to enjoy,” she reminisced fondly.

The garden will encompass a bar and entertainment area. On the 8th of August, there will be a festival to celebrate the completion of the garden renovation.

“The garden will look completely different by then. We want people to see the progress we’re making,” said Miriam.

“This area is going to be where the music opening will be on the first Sunday of August.

This is to celebrate the notion of, we have a facility, an innovation centre, that has a garden. Borris in Ossory hasn’t got an outdoor space of this capacity, it never has,” she said. “We would love people young and old to come and enjoy themselves and see the progress we are making.”
Inside, the group’s progress leaves the building standing in two different eras - the 20th and 21st centuries.

Original terracotta tiles run through the ground floor, with a fully functioning kitchen and W/C installed in some of the many rooms.

The chapel has been transformed into a magnificent performance area, with fantastic acoustics. The group left the original wooden floor and stained-glass windows in the room, with original working window shutters.

“Once the inside of the premises is ready, programmes will be offered immediately to Laois wide people in understanding transformation competencies,” said Miriam.

“When you learn it, you can see a quantum leap in your work, even with a small group of people. We would like people to have access to this type of competency, so they can see how much of a change they can make themselves. It will be offered very soon.” 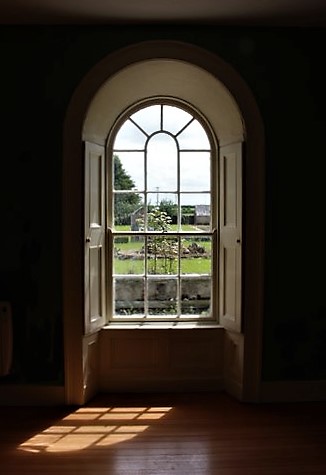 “The thing we really want to develop in phase 2-3 is a fixed facility for the youth,” Miriam continued.
“When you see the population shift locally, the sheer number of young people with nowhere to go, a dedicated space for youth will be a priority.”

“It is a lengthy process but a worthwhile process. Part of the innovation is the learning for us in this process too. We are learning so much in undertaking this project and we’d love to share it with the community too,” Mary explained when asked about the work involved.

“There is so much paperwork involved. Communities don’t understand that the process in Ireland isn’t just the back of an envelope anymore, and rightly so,” said Miriam.

The group have said that they wish for the community to see what they are  funding for and what work they are doing.

“The generosity of local businesses and the community has been brilliant, but we still need funds to continue with the project,” said Mary. 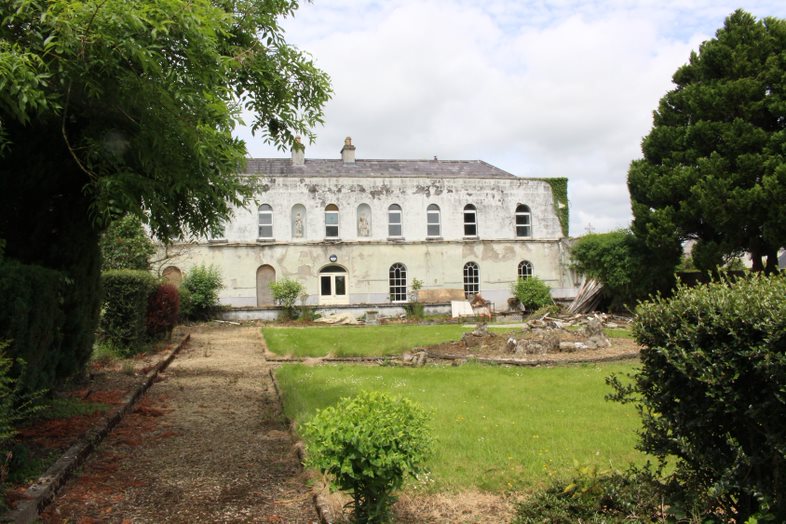 The  group are running a GoFundMe to cover the additional costs of phase one.

“Things such as interest on loan and installing amenities can be expensive. Electricity is expensive, reconnecting the water is expensive, so the GoFundMe is to fund the auxiliary costs,” said Mary.

“Unfortunately, we can’t bring the community in to see the progress, but you can find us on Facebook. If we receive the funds we need we could hopefully run a small event indoors at Christmas.”

The Borris Innovation Project has so received nearly 90% of its funding from Laois Community Development Committee.