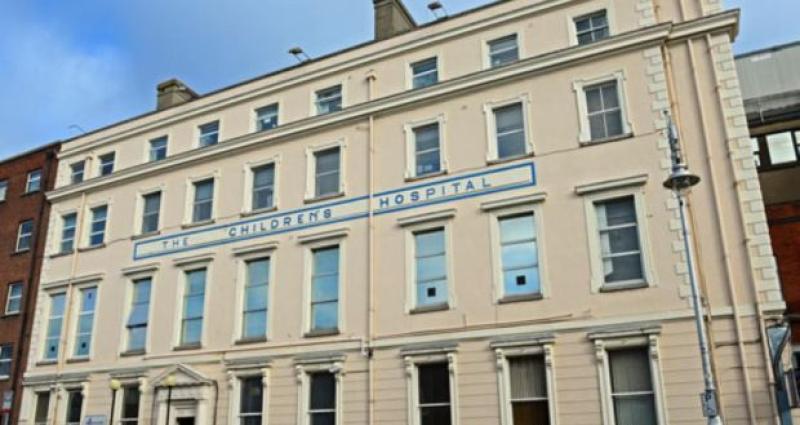 A young Offaly girl from has finally received an essential operation after waiting for 29 months.

Rosie Mortensen, aged 7, from Shinrone suffers from Spina Bifida and Hydrocephalus, which is a deteriorating condition. Her parents Jessie and Gareth say her condition deteriorated “massively” during the last two and a half years and she is confined to a wheelchair.

Finally, Jessie had had enough and refused to take no for an answer. She took her daughter to Temple Street Children's Hospital and refused to leave until she got her operation.

"Rosie and I went into Temple Street on Friday January 7," she told the Midland Tribune. "We were told in the Emergency Department that the surgeon wasn't there and we should go home, and make an appointment with him afterwards. I refused to leave. I told them I wasn't going anywhere until I could speak to the surgeon in person."

The hospital relented and allowed mother and daughter to stay the night in Temple Street. The next day they met their surgeon in person, who was sympathetic and agreed that Rosie should be treated immediately.

Mother and daughter had lived permanently in the hospital since January 7 until the operation was over and they could go home.

The operation went successfully. It means that Rosie's quality of life will be improved. She will however remain wheelchair bound. She will attend Birr Nursing Unit regularly for physio treatment.

Rosie is a popular pupil in Shinrone National School and she loves playing with her brother Charlie, who is 11 years of age. Her mother says Rosie loves baking and has a smile that would light up any room.

Jessie and Rosie first met with a paediatric orthopaedic surgeon in early 2019. “We met again with him in September 2019 and he told us that he hoped to carry out the surgery on Rosie in December 2019; but nothing came of that." She received a date for October 4th last but this was cancelled. The reasons given for cancellations were bed shortages because of the RSV virus and staff shortages because of Covid.

Jessie and Gareth came together with other parents to form a group of parents of children with Spina Bifida and Hydrocephalus. The group wrote a letter to the Minister for Health asking him “to make some changes for our children.”

The group has the names and details of 56 children who are waiting for orthopaedic operations. The group has also been heavily publicising its cause in local and national media.

The Consultant Paediatric Orthopaedic Surgeon Connor Green, who was Rosie's surgeon, spoke about what the government could do to ensure timely access to care. He said the process could be sped up by transferring children for elective surgery to Cappagh Hospital in Dublin.

Rosie's condition was of a minor nature when it began three years ago, but it became more and more serious until both her hips came out of place and, because of Scoliosis, her spine became curved. In early 2019 her mother noticed some tightness in Rosie's legs following on from multiple fractures of her femurs.

Rosie was born with Spina bifida and it's likely that she will always be a full time wheelchair user.

Jessie said the 29 month delay and the repeated cancellation of operations was "extremely upsetting for both Rosie, ourselves and our families."

Jessie called on the government to provide an ironclad, rapid and achievable solution for the 56 children who need interventive surgery.

“Many of these children", she commented, “are too complex and cannot travel abroad for treatment. They cannot wait for the new children's hospital to be built as they will deteriorate much quicker than children without their condition and they need a solution now."

Rosie's surgeon Connor Green and Professor McCormack stood before an Oireachtas health committee on November 11th and Mr Green told them that these waiting list numbers have always been there since before Covid and before the cyber attacks. He later said in an interview that the solution to this problem was quite simple - they have found space in Cappagh hospital which will only be used for elective procedures.

The problem with Temple Street is that they are both acute and elective so if an orthopaedic emergency comes in when an elective procedure is planned the acute case will obviously take priority. That wouldn't happen in Cappagh and Mr Green reckons that will increase the amount of paediatric surgeries by 400% and has costed it at about €5.1 million, which is, in the grand scheme of things, a drop in the ocean.

Co-founder of the Scoliosis Advocacy Network Claire Cahill said children are “going to school in pain”, and called on the country's leaders to take action on the issue.

“These children are also living with emotional distress while the experience also puts huge pressure on a family.”

Taoiseach Micheál Martin said the delays are not because of a lack of resources but are due to a “systemic failure”.

The website www.sbhpag.com outlines the issues and focusses on some of the children.