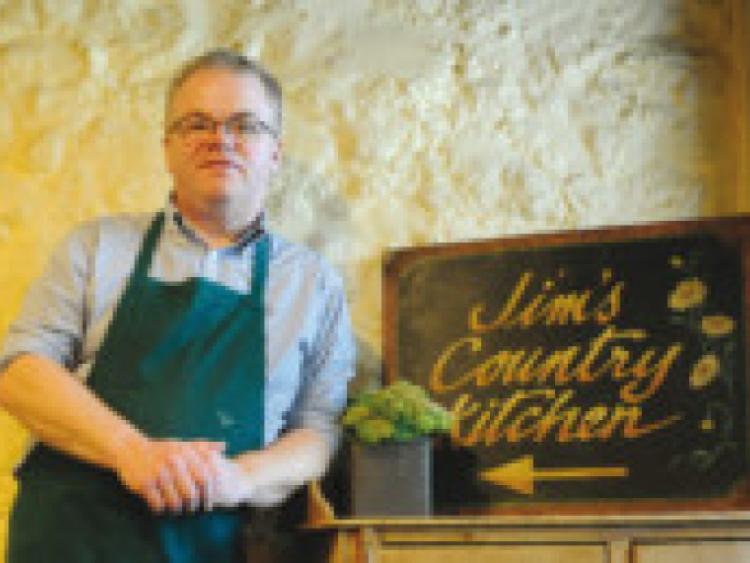 I regularly meet people in the restaurant who tell me about dishes they cook that remind them of my brother Jim. Sometimes it might be that he tweaked a favourite recipe which made it just right.

I regularly meet people in the restaurant who tell me about dishes they cook that remind them of my brother Jim. Sometimes it might be that he tweaked a favourite recipe which made it just right.

Other times he gave them a fail safe recipe that is now used time and again.

Last week was Jim’s first anniversary and in the last few days people have kindly told me stories that reminded me not only of his great love for food but of his friendship with his customers, and the joy he got from passing on his wealth of knowledge.  It reminds me of the many times we cooked together, discussing how dishes should taste and be presented. This week I’m sharing some recipes that always remind me of Jim.

Place one tablespoon of olive oil in a large frying pan and fry the chicken pieces on both sides until nicely browned, add in the chopped rosemary and stir. Transfer to a casserole dish. Place the rest of the olive oil in the pan and fry the sliced onion. Add in the rest of the ingredients and the wine, season with salt & pepper and boil for 2 to 3 minutes, then pour over the chicken in the casserole dish. Place in the hot oven 180° for about 30 minutes. Serve with crusty bread & salad, or mashed potato & fried leeks.

Heat the oven to 170° and grease a casserole or baking dish with some butter. Place a layer of thinly sliced potato in the bottom of the dish followed by a layer of thinly sliced onion, do this until all the onion and potato is used up. Place the milk & cream in a jug followed by the crushed garlic, the salt and a twist of black pepper, give it all a very good stir up and pour evenly over the potato and onions in the casserole dish. (At this stage you can lay a few little knobs of butter on top of the potato if you wish).

I try and leave them to one side for about 1 hour to soak up the cream & milk but if you don’t have the time then just put them in the oven and cook for about 1 hour until the potato is cooked right through. If it is getting a bit too brown on top turn down the heat to 160° or cover with a butter paper.

Slice the apples into a greased Pyrex dish (3pt) or similar dish. Scatter the raisins or sultanas over the apple; sprinkle with the brown sugar (if you wish add a pinch of ground cloves or nutmeg). Cream the castor sugar and butter together then add in the beaten egg followed by the flour, spoon the mixture over the apples. Place in a hot oven 180° and bake for about 40 minutes until golden, serve warm with custard or thick double cream.