Why am I so tired? 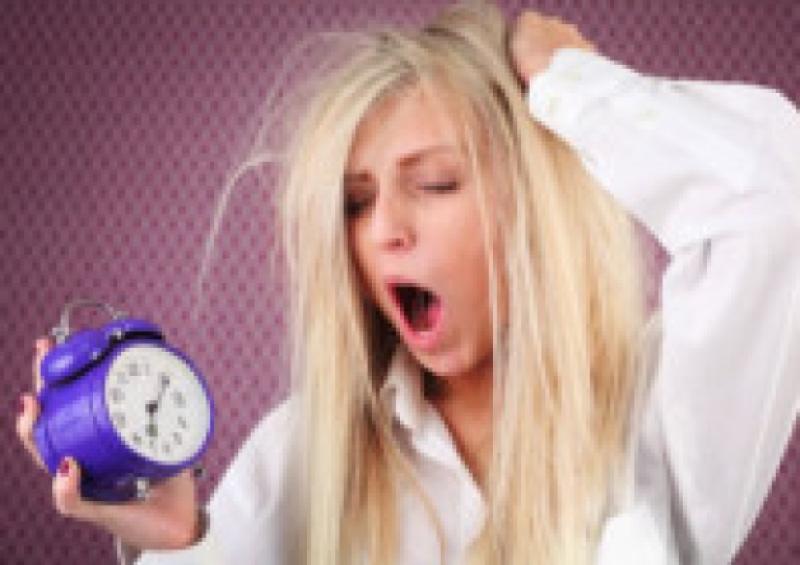 Very often I see many individuals who complain of feeling exhausted, even though they’re sleeping well. Often it’s been going on for several months.” At any given time, one in five people feels unusually tired, and one in 10 have prolonged fatigue, according to the Royal College of Psychiatrists. Women tend to feel tired more than men.

Very often I see many individuals who complain of feeling exhausted, even though they’re sleeping well. Often it’s been going on for several months.” At any given time, one in five people feels unusually tired, and one in 10 have prolonged fatigue, according to the Royal College of Psychiatrists. Women tend to feel tired more than men.

It is worth a check-up by your GP but as one GP remarked “It’s unusual to find anything physically wrong. Most of the time, fatigue is linked with mood and the accumulation of lots of little stresses in life,”.

Your GP can conduct a blood test to rule out a medical cause, such as anaemia or an underactive thyroid gland.

“There’s more chance of a medical reason for tiredness if there are other symptoms as well, such as heavy periods, weight loss, a change in bowel habits, hair loss, extreme thirst and so on.”

Try and work out how you became tired in the first place. It can help to think about parts of your lifestyle, such as work and family, that might be particularly tiring - any events that may have triggered your tiredness, for instance, a bereavement or relationship break-up.

Psychological tiredness is far more common than tiredness that’s caused by a physical problem. One key reason is stress and anxiety, which can cause insomnia and in turn lead to persistent fatigue. A survey by the Mental Health Foundation found that nearly a third of the population are severely sleep-deprived, often because of job and money worries. The Foundation’s report, Sleep Matters, suggests a link between insomnia and low energy levels.

The worries and strains of daily life can be exhausting, even positive events, such as moving house or getting married. And emotional shock, such as bad news, bereavement or the break-up of a relationship, can make you feel drained. Mental health problems such as depression or anxiety can make you feel more tired. They can also prevent you from getting a proper night’s sleep.

Tiredness can often be attributed to lifestyle factors, such as drinking too much alcohol, or having a bad diet. If you drink alcohol in the evening, it tends to wake you in the middle of the night. And if you drink a lot regularly, it can make you depressed and affect your sleep. I’m always surprised to find how often patients who complain of tiredness are drinking far too much. .

If you have a disturbed sleep pattern – for instance if you work night shifts, sleep in the day or look after young children – it can be difficult to get a good night’s sleep, and you’ll feel tired during the day.

Eat regular meals and healthy snacks every three to four hours, rather than a large meal less often to keep your energy levels balanced.

3. Perk up with exercise

You might feel too tired to exercise, but regular exercise will make you feel less tired in the long run and you’ll have more energy.

If your body is carrying excess weight, it can be exhausting. Lose weight and you’ll feel much more energetic.

It sounds obvious, but two-thirds of us suffer from sleep problems, is to go to bed and get up in the morning at the same time everyday; avoid naps through the day.

Stress uses up a lot of energy. Try to introduce relaxing activities into your day. This could be working out at the gym, or a gentler option such as listening to music, reading or spending time with friends.

The Royal College of Psychiatrists recommends that anyone feeling tired should cut out caffeine. It says the best way to do this is to gradually stop having all caffeine drinks (and that includes coffee and tea and cola drinks) over a three-week period. Try to stay off caffeine completely for a month to see if you feel less tired without it.

Although a few glasses of wine in the evening helps you fall asleep, you sleep less deeply after drinking alcohol. The next day you’ll be tired even if you sleep a full eight hours. Cut down on alcohol before bedtime. You’ll get a better night’s rest and have more energy.

Sometimes you feel tired simply because you’re mildly dehydrated. A glass of water will do the trick, especially after exercise.

10. Stop being a couch potato and being stuck indoors

Sitting in one position for long periods of time can sap your energy, even if you’re watching the TV or using the computer. Lack of light and fresh air is a key cause of tiredness.

Solution: Get out for a 10-minute walk at least once during the day or when you’re most tired. Even if it’s cloudy, you’ll be exposed to more natural light than inside and you’ll feel more alert.