A century long love affair with the ‘pictures’ in Mountmellick 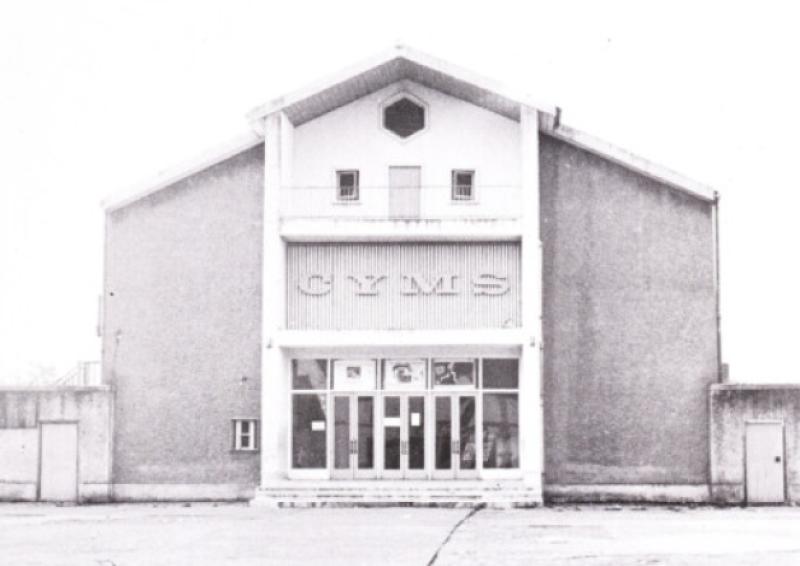 The Balcony Cinema opened its doors last month in Mountmellick, welcomed both by those who remembered the old CYMS cinema, and by a new generation for whom memories are yet to be made.

The Balcony Cinema opened its doors last month in Mountmellick, welcomed both by those who remembered the old CYMS cinema, and by a new generation for whom memories are yet to be made.

It is 21 years since the CYMS clnema showed its final film, aptly it was Titanic. The cinema had bowed to increased competition, difficulty in getting new releases and outdated equipment with no funds to upgrade.

It marked the demise of an era of glorious cinema in the town, initiated by visionary Parish Priest Fr Thomas Burbage, who saw a means to combine his appreciation of a good spaghetti western with fundraising for the parish.

Silent films were first shown in the early 1900’s, according to Michael Scott’s book ‘Pictorial Memories’.

“Mickey Orange had a garage at Kearney’s end. Behind it he had a tent where he had a magic lantern to project images onto a white background, admission one penny”.

In 1918, four members of the Catholic Young Men’s Society formed the Electric Cinema Company, powered by gas, in the Owenass Hall.

It was an instant hit, with queues on the path down the street, showing nightly films with 350 seats.

Every twenty minutes the lights went up while the reel was changed, doubly acting to keep courting couples in check. The venue was also a dance hall, with the chairs pushed to the sides and the floor covering rolled back. It was managed by Carlow schoolteacher EJ Breen, who selected the films and organised the dances, later going on to become the first manager of the CYMS Cinema.

Padraig Scully was one of four young men asked to control the queues.

“There was murder the first night, they wouldn’t line up or anything. But eventually they did. It got so crowded that they extended the balcony out into the billiard room. I think on a Sunday night it was 8d. I remember Errol Flynn and Captain Blood and Tyrone Power and the Black Swan. The first talkie picture shown in it was The King of Jazz,” he says.

By 1949 such were the crowds, that the Mountmellick Town commissioners feared for fire safety, only agreeing to renew the licence if the doors were left open.

However plans were well underway for a brand new cinema. In 1940 Fr Burbage had been appointed parish priest to Mountmellick. He saw how popular the cinema was, and the potential in profits to renovate and extend St Joseph’s Church.

The CYMS bought a plot of land on Sarsfield Street for £95, and renowned modern Irish architect Michael Scott was commissioned to design a cinema. It cost £22,000 to build. A £10,000 mortgage was taken out, the rest paid by the parish.

President of Ireland Sean T O’Ceallaigh performed the official opening on Sunday April 15 1951. He was a personal friend of Fr Burbage, as they were imprisoned together after the 1916 rising, in Ballykinlar Camp where Fr Burbage was the chaplain.

The Leinster Express reported that Mr O’Ceallaigh said “this great hall is for the service and benefit of Mountmellick”.

The first film was psychological thriller ‘The Clouded Yellow’ starring Jean Simmons and Trevor Howard, and the cinema would form the centre of Mountmellick’s social scene for decades.

“There was a film nearly every night. There was no television. You would see the crowds moving up the town and know it was nearly 8 o’clock. Fr Burbage used to go every night, sitting in his seat in the second last row,” said Ger Lynch, who with Michael Feely has opened the new Balcony Cinema.

Fr Burbage would select the films, and they would arrive by bus from Dublin each week. Later manager Michael Scott drove up to get them each week to save costs.

Margaret Collins went every Sunday in the 50s and 60s.

“There was always music on before the pictures. La Gondrina was the last song. The lights would dim and the was a big cheer when it started,” she remembers.

Profits were so good along with fundraisers like the Silver Circle draw, that the church extension was completed by 1965, at a cost of £100,000. It was opened by President de Valera, also a friend of Fr Burbage’s.

Aidan Lalor worked as a projectionist for 18 years, trained at the age of 14 by Dinny Byrne in the 1970’s.

“I remember Ben Hur, I think it was four hours long, using 28 spools. They used to show religious films, bringing the schools up for free. I remember one night I dozed off, and someone had to run up and tell me to change over the reel. The time the cinema burnt down in Portlaoise, we were offered Crocodile Dundee. The problem was Newbridge had to show it first, so we showed a long film first, then met them in Monasterevin and collected the film,” he remembers

In 1986 the CYMS was remodelled and renovated, closing off the balcony creating two venues, a small cinema and a larger theatre downstairs. For a time it was the only cinema in Laois, but by the early 1990’s it could no longer compete with multiplexes.