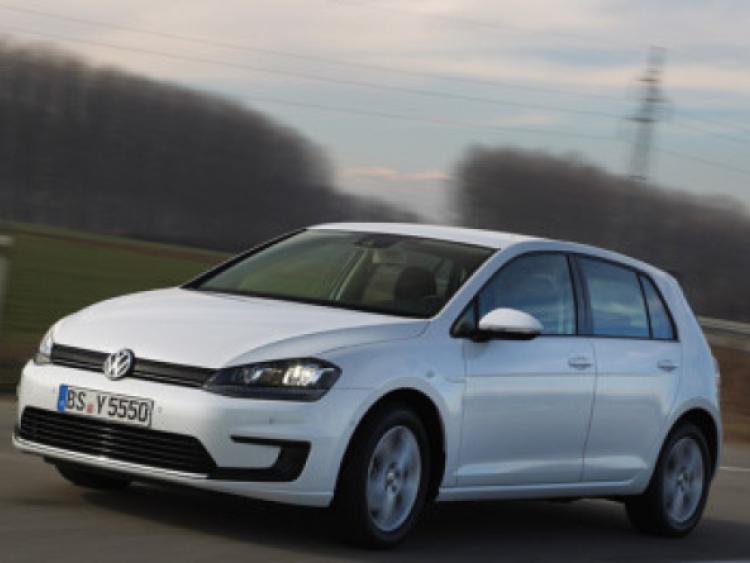 Volkswagen has entered the electric car race with two production-ready models: the e-Golf and the e-Up.

Volkswagen has entered the electric car race with two production-ready models: the e-Golf and the e-Up.

The two new models use similar drivetrains, with the e-Golf’s basically just an up-scaled version with a more powerful motor and larger batteries. The 113bhp (85kW) electric motor in the Golf should provide a range of 118 miles, while the Up’s system generates 81bhp (60kW) and a 100-mile range.

VW has designed the drivetrains from scratch, producing them entirely in-house to maintain quality control and developmental freedom.

With the news of the electric duo’s arrival, Volkswagen claims that the e-Up sets an efficiency benchmark with 62 miles potentially costing less than £2.60; half what the same mileage would cost even in a very efficiently-driven petrol-powered Up. The same mileage in the e-Golf will cost around 10% more.

The technology involved should be familiar to anyone well acquainted with the Nissan Leaf or any of Renault’s electric Z.E. models, albeit with a rather more complex arrangement of driving modes.

Two principal options labelled Eco and Eco+ join four modes that offer enhanced braking regeneration from the motor: D1, D2, D3 and B. These are designed for use in differing traffic conditions and down hills, where the motor might be used as the main brake to recover as much energy as possible.

Direct current (DC) quick-charging is an option, with 80% of a full charge for the e-Golf coming up in around half an hour, in the same way as for the Leaf.

Meanwhile, the German car giant is presenting a concept car of the newly developed Golf Sportsvan in a world premiere at the International Motor Show (IAA) in Frankfurt. The compact minivan will complete the Golf family at the middle of next year.

The Blind Spot Monitor incorporating Rear Traffic Alert is being implemented in a Golf for the first time. While driving, the this warns the driver of vehicles in the blind spot. When reversing out of a parking space, the system also recognises cross-traffic approaching from behind. If a collision is imminent, the system automatically activates an emergency braking function.

The six new engines of the Golf Sportsvan cover a power range from 63 kW / 85 PS to 110 kW / 150 PS; they have a stop-start system as standard and are up to 19 per cent more fuel efficient than the previous engine versions. All of the engines available at market launch conform to the Euro-6 emissions standard as well. The 1.6 TDI BlueMotion with 110 PS is representative of just how efficient the new engines of the Golf Sportsvan are: its estimated fuel consumption will be a low 3.7 l/100 km (equates to 95 g CO2/km) – the best value in the field of compact minivans.