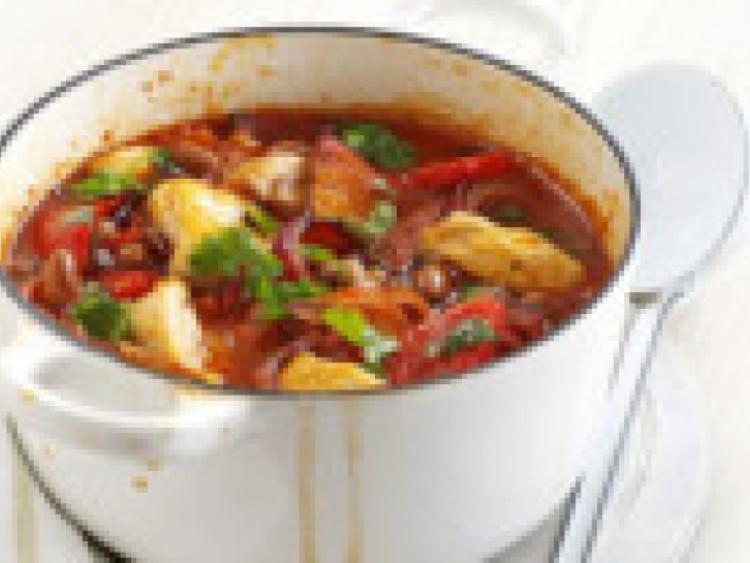 Well its back to school which also means its back to a bit of normality and routine in the house.

Well its back to school which also means its back to a bit of normality and routine in the house.

Whether we are cooking for two, four or six we have all become more conscious of the price of food. I think even with special offers it is cheaper and far better for you to buy the fresh meat and make the dish yourself and maybe you can freeze the extra portion for another meal. So here are some recipes for some low cost mid week meals.

Heat the oil in a pan, then fry the garlic for a few seconds. Add the chopped tomatoes and balsamic vinegar and bubble for about 15-20 minutes until the sauce is thick. Meanwhile, lay the pork medallions between two layers of cling film and bash with a rolling pin until they are about 1cm thick. Mix the flour with some seasoning in one bowl, put the egg in another and the breadcrumbs in a third. Dip the pork in the flour, then egg, then the breadcrumbs. Heat a grill to hot, then cook the pork for 3minutes on each side, until golden and cooked through. Keep warm. Cook the pasta following pack instructions. Stir through the tomato sauce and the chopped basil, divide the pasta between 4 plates, put the crispy pork on top and eat immediately.

Heat the curry paste in a large frying pan until it is fragrant. Add the onion, garlic and beef, then cook for 15 minutes until the mince is really broken down and the onions are soft. Add the frozen peas and some seasoning, cook for 2 minutes more, then scatter over half the coriander. Meanwhile, cook the rice following pack instructions. Make the salad by mixing the remaining coriander with the red onion and tomatoes. Add some seasoning, then serve with curried beef and rice.

Pull the skin off the chicken and discard. Heat the oil in a large casserole dish, brown the chicken all over, and then remove with a slotted spoon. Tip in the onions, garlic and chillies, then fry for 5 minutes until started to soften and turn golden. Add the peppers, tomatoes, beans and hot stock. Put the chicken back on top, half covered with a pan lid and cook for 50 minutes, until the chicken is cooked through and tender. Stir through the coriander and serve with soured cream and crusty bread.