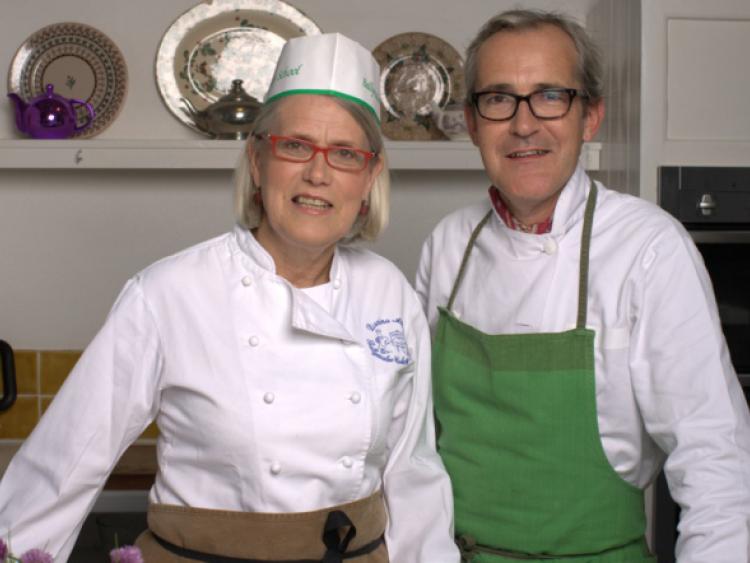 Thanks to Abbeyleix Golf Club,local food fans have the opportunity to see two of Ireland’s most prestigious cookery experts in action later this month.

Thanks to Abbeyleix Golf Club,local food fans have the opportunity to see two of Ireland’s most prestigious cookery experts in action later this month.

To make it more appealing both are from Laois with Darina Allen and her brother Rory O’Connell, natives of Cullohill , giving a cookery demonstration at the Manor Hotel Abbeyleix on Thursday November 7th. at 7.30 pm.

Darina recently received a singular honour in being awarded the Guild of Food Writers (UK) top accolade the Lifetime Achievement Award for her incalculable contribution to culinary education. But recognition like this is no surprise to Laois people who have watched Darina’s career over the years with pride as a local girl who has climbed right to the top in her profession. She is the owner and Principle to the World famous Ballymaloe Cookery School in Shanagarry, Co. Cork. She has hosted her own cookery programmes on RTÉ over the years and is a prolific writer on cookery topics. Darina has been honoured not alone in Ireland but has received many prestigious awards and accolades from around the World.

Darina has recently published a new Book entitled ‘30 years at Ballymaloe’ and she will be delighted to sign your copy of her book at the Demonstration.

To show that not all the talent in the O’Connell family was kept for the ladies Darina’s brother Rory is also a star turn himself being highly respected as one of Ireland’s top chefs. He has in fact been awarded the title of ‘Ireland’s Chef of the Year’ not just once but on two separate occasions.

Having received his initial training, like his sister, from the grand dame of Irish Country House cooking, Myrtle Allen at the World famous Ballymaloe House. Rory has also worked in famous kitchens in France, London, Oxford as well as Berkley California, all in establishments owned by World famous chefs. He then came back and served as Head Chef in Ballymaloe for 10 years.

Today Rory can be found teaching at Ballymaloe Cookery School and is very much in demand as a Consultant to many of Ireland’s top restaurants. He has recently released his much anticipated book Master It which is now available and again Rory would be delighted to sign your personal copy.

As well as the demonstration several local food Companies will have stands at the event and there are some wonderful prizes to be won on a draw using you entrance ticket.