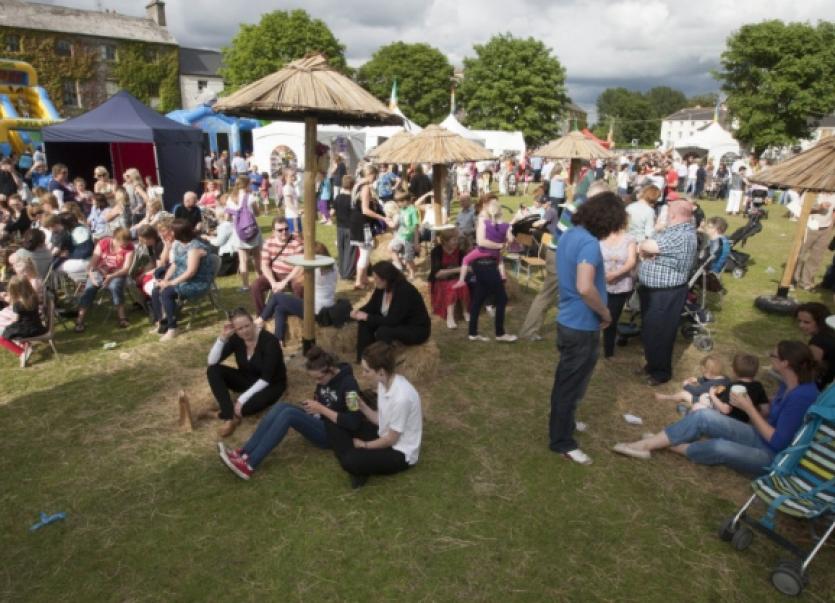 A new committee was formed and a very successful year discussed at the recent AGM of Durrow Development Forum.

A new committee was formed and a very successful year discussed at the recent AGM of Durrow Development Forum.

During the year Kay Clancy and Rita Casey joined the committee while valued member Marian Mahoney left the committee. Chairperson Evelyn Clancy thanked Marian for the fantastic work she has done while on the committee.

The past 12 months have probably been the busiest yet but have been extremely rewarding for the committee.

Early November saw 24 acts take to the stage to participate in the annual Stars in Your Eyes competition. As in previous years the proceeds from the event went to fund the planting of daffodils on the approach roads to Durrow.

In early December work began on the Christmas lights, and the new crib greatly enhanced the area.

In the run up to Christmas and for the month of January a lot of work was done on the Square Regeneration Project which was submitted for planning at the Laois County Council meeting at the end of January.

The committee were overjoyed when planning permission was granted at the end of January and since that time they have been working alongside Laois Partnership and Laois County Council to get the project to the next stage.

In an effort to revitalise the St Patrick’s Day Parade it was decided that the non motorised element of the parade be removed, which proved a great success. Another very successful Young Voice of Laois Competition was held in April in conjunction with the Laois School of Music which saw Sarah Luttrell take the title.

Once again the highlight of the past 12 months for the committee has been the success of the Durrow Scarecrow Festival.

Following the festival’s nomination for ‘Best Festival of 2012’ in the Irish Times Ticket Awards, it received a huge amount of national media coverage this year including TV3, RTE Drivetime and TodayFM.

Again this year the focus of the festival was very much on raising funds to meet the community’s share of the cost of the Square Regeneration Project but without a general grant, it was vital that costs were kept to a minimum whilst also increasing income.

With much work and voluntarily contributions both in terms of time, expertise and equipment, the income figure was increased by €6,500 and the expenditure reduced by €13,000. DDF said they are very proud of this achievement and couldn’t have achieved this without the support of volunteers and local business. From the proceeds from both the 2012 and 2013 festival, DDF are delighted that the €33,000 required to meet the community’s share of the cost of the Square Regeneration Project has now been raised.

Since the festival Durrow Development Forum have been working alongside Laois County Council and Laois Partnership to progress the Square Regeneration Project.

Sewage works which were originally scheduled to commence later in the year, have already been started which is further indication from Laois County Council of their commitment to the project.

In recent weeks the Leafy Loop Walks have been filmed for Tracks and Trails with Liz McManus. DDF acknowledged all those who contributed to making the walks such a success.

The committee also acknowledged the ongoing support of Laois Partnership and Laois County Council, and sincerely thanked all the volunteers who helped them throughout the year.