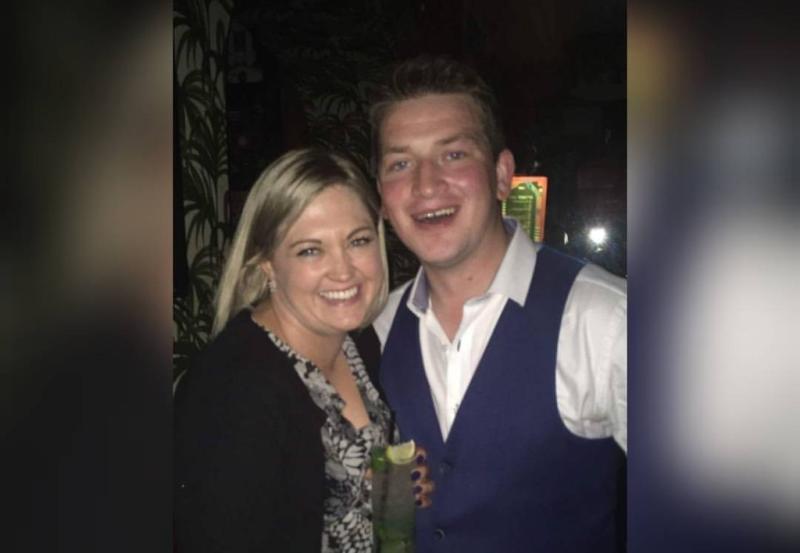 Tara and Eoin at Doyle's in Dublin straight after their date last September. Photo from Coco Television Instagram.

Eoin Scully’s date was the talk of the nation on Tuesday night when the second episode of RTE’s First Dates Ireland aired.

He told the Leinster Express that he missed the coveted Electric Picnic weekend for the date as it was filmed on the same weekend as the Laois festival.

“Absolutely everyone, I definitely think anyone over 25 should apply for it, I seen the two lads and I just thought they were too young they hadn’t enough life experience.

“My experience has been class.

“You fill out a form online, I filled it out in February, they didn’t get back to me until June over the phone and then I had to send in a video of myself 3-4 minutes long and they really liked it, they asked me in for a pre-date interview and after that they said they had a perfect match for me and I had to go up the weekend of Electric Picnic,” he told Leinster Express.

The Camross man’s date with Dublin girl Tara captured the hearts of viewers who reacted on Twitter.

People seemed to love how genuine the couple were, they shared stories of their past, listened to each other and both shared a deep love of hurling.

Eoin’s description of hurling in Laois, specifically in Camross also caught some attention.

“Hurling is a religion where I come from, if you are a young lad, aged 10 and good at hurling you are loved by every man, woman and child in the parish. If you’re no good, you’re an orphan, it’s as simple as that,” he said.

A number of people from the area tweeted in agreement.

People watching the show wanted the date to have a happy ending. Tara, the nurse, said that she thought Eoin was ‘gorgeous’ and that they got on very well.

Eoin cannot speak highly enough of Tara despite insisting that the two are just good friends.

“We both said yes and we got on really well. When I met Tara I knew after 30 seconds it was grand, the nerves went.

“They say that this is the most highly anticipated show because last week no matches were made, they are expecting this one to be the one of the season like last year they had Lorna and Paddy.

“We did see each other a few times, nothing intimate now we are good friends, we have a great time we are still in contact but no intimate or romantic dates lately,” he said.

Eoin has featured on a number of national radio stations since the show aired.

He told Leinster Express that he had tried online dating and apps like Tinder but they were not his thing.

“I tried Plenty of Fish and I opened Tinder and after 20 minutes deleted it, it was just too much for me.

“I tried the online dating and it didn’t work out for me it’s not my cup of tea.

“I just thought on First Dates Ireland they do emphasise personality and I suppose my Laois charm and her Dublin bling we hit it off with each other fairly well,” Eoin said.Eoin who is Head of Security at PJ Sheeran’s Sawmills in Mountrath has been single now for three years and he knows what he wants from his potential other half.

“I want someone who is easy going, a good sense of humour, honest, hard-working, someone you can enjoy your company with,” he said.

Fair play to Eoin who was good craic on the show!