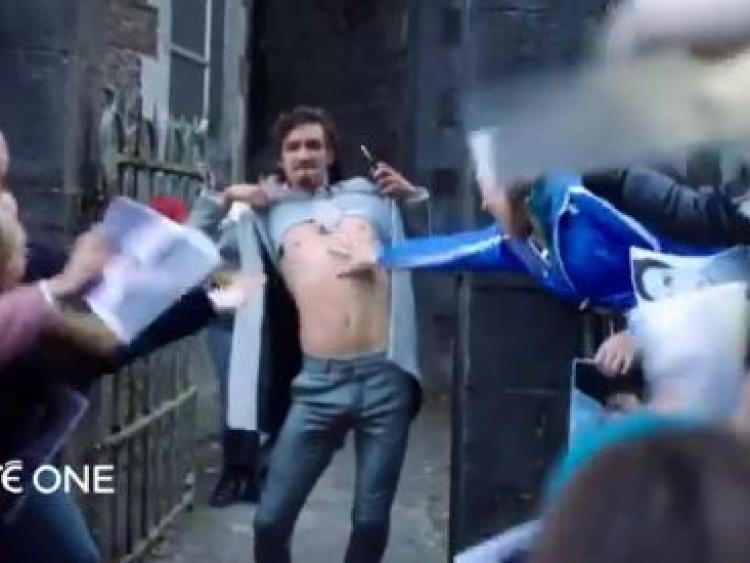 Laois actor Robert Sheehan is set to appear in the highly anticipated Christmas special episode of The Young Offenders TV show on RTÉ One on Christmas Day.

The Portlaoise native has appeared in a preview for the show shared by RTE on Twitter.

The festive show is set on Christmas week and sees Conor (Alex Murphy), his mother Mairéad (Hilary Rose) and best friend Jock (Chris Walley) joining the other residents of their estate to fight off plans to move them so that renovations can take place.

Now, RTE has revealed that Robert Sheehan will join the much-loved main characters and if the preview is anything to go by, the show will be a hit across Ireland and the UK.

The Young Offenders special airs on BBC One on Sunday, 23 December and on RTÉ One on Christmas Day.

Watch The Young Offenders Get Acting Tips From Robert Sheehan shared by BBC on Youtube below.