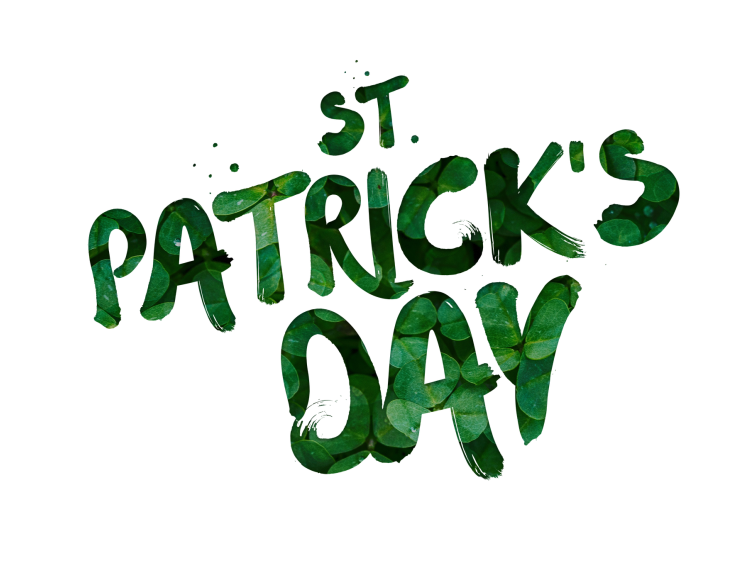 Drinking wasn't always part of the St Patrick's Day celebrations. It appears we were drowning the shamrock too much and in 1927, the government's pub ban came into force. The pubs were dry on March 17 from then until 1970.

Although Ireland didn't stage its first parade until 1931, there's a dispute between New York and Boston over who staged the first ever St Patrick's Day parade. New York says they had the first official one in 1762, but the lads in Boston claim they sort of held one in 1737.

3. The colour of St Patrick's Day was originally blue, but green became more prevalent as shamrocks became the official symbol of the holiday. In the 1798 rebellion, Irish soldiers wore full green uniforms on 17 March in hopes of making a revolutionary political statement. The shamrock on their hat was a sign of rebellion.

2. "The Wearing of the Green" came from a song by Dion Boucicault.

3. St. Patrick's Day is celebrated on March 17, which is both the day of religious feast and the anniversary of St. Patrick's death in the fifth century.

4. A tall tale exists that St Patrick was famous for banishing all the snakes in Ireland. It may not be true.

5. The Shamrock also called the "seamroy" by the Celts was a sacred plant in Ireland because it symbolised the rebirth of spring.

6. Corned beef and cabbage is the traditional St Patrick's day meal, but in New York, some celebrate with Irish bacon to save money.

7. The leprechaun is a purely American tradition introduced by Disney in the film Darby "O'Gill & the Little People."

8. Chicago has been dying its river green for the past 43 years to celebrate "The Emerald Isle." The green appears magically from an orange dye that many other cities have tried to copy.

9. March 17 is not just a national holiday in Ireland. it is also a national holiday on the island of Montserrat in the Caribbean. Their population of 4,000 come to a standstill for the day too, owing to the large number of Irish emigrants that landed there in the 17th century. In Ireland, the celebration outgrew the word "Day" and became St Patrick's Festival - a four day event that takes 18 months to plan and is enjoyed by 1.2 million people.

10. Shamrock is the symbol of Ireland and St. Patrick, and it became the latter because St. Patrick used it when teaching people about the holy trinity in the Christian religion.