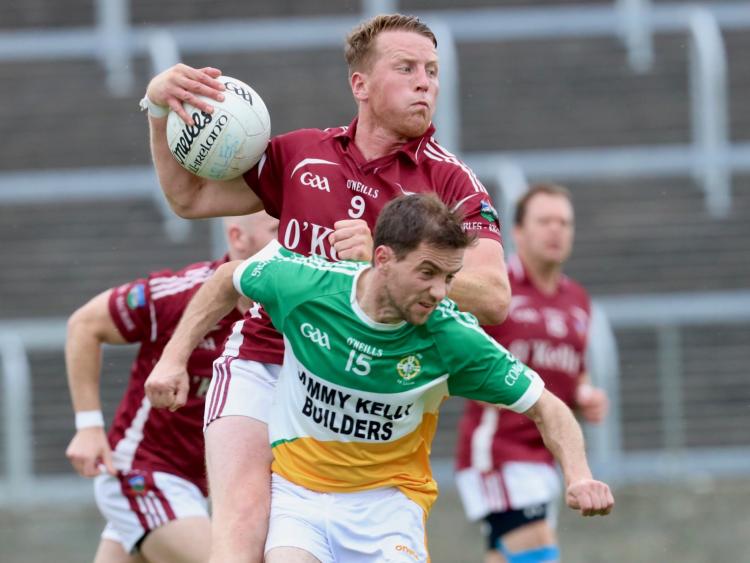 Arles-Kilcruise guaranteed their Senior status for another year with a dogged performance to survive an Evan O'Carroll inspired fightback from Crettyard and run out four point victors in the first of the relegation semi-finals in O'Moore Park this evening.

Crettyard opened the scoring a minute in through an Evan O'Carroll free, but Arles-Kilcruise burst into life with a quick-fire brace from Ross Munnelly to put them into the lead with five minutes played.

Crettyard got back on level terms through O'Carroll's second free before Arles-Kilcruise hit two-in-a-row through David Conway and Munnelly's third, this time off his right boot.

Crettyard closed the gap to two points with a fine point from Cormac Murphy, but they were then dealt a blow as Arles-Kilcruise got in for the opening goal of the game. David Conway lofted a tempting pass across the square and Ross Munnelly was on hand to finish to the net after 13 minutes.

Points followed for Arles-Kilcruise from Kevin Meaney and David Conway, but Crettyard responded with a Cristoir Maher point to keep the margin at five points.

The sides closed out the final ten minutes of the half by trading scores as Arles-Kilcruise took a six-point lead into the half-time break, 1-10 to 0-7.

Arles-Kilcruise restarted the half well, a brace of Munnelly frees returned by a Cormac Murphy point before Munnelly and David Conway combined to see the latter fist over and increase the Kilcruise lead to eight points.

Crettyard burst into life with 40 minutes on the clock, Evan O'Carroll rifling a bullet into the top left-hand corner. Ares-Kilcruise replied with a fisted point from Caomhan Brennan, but Crettyard went straight back on the attack and kicked the next 1-2 without reply - all from Evan O'Carroll.

The Laois sharpshooter sent over two points, his second an audacious effort from a free, before bagging his second goal of the day a minute later to bring Crettyard to within a point of Arles-Kilcruise with 12 minutes left to play.

Chris Conway and O'Carroll traded points before Arles-Kilcruise steadied the ship with a David Conway point quickly followed by a neatly tucked away Ross Munnelly penalty three minutes from time.

Crettyard managed one more point before the end from the in-form O'Carroll, but it wasn't enough as Crettyard now prepare for a fight for survival in the relegation final.