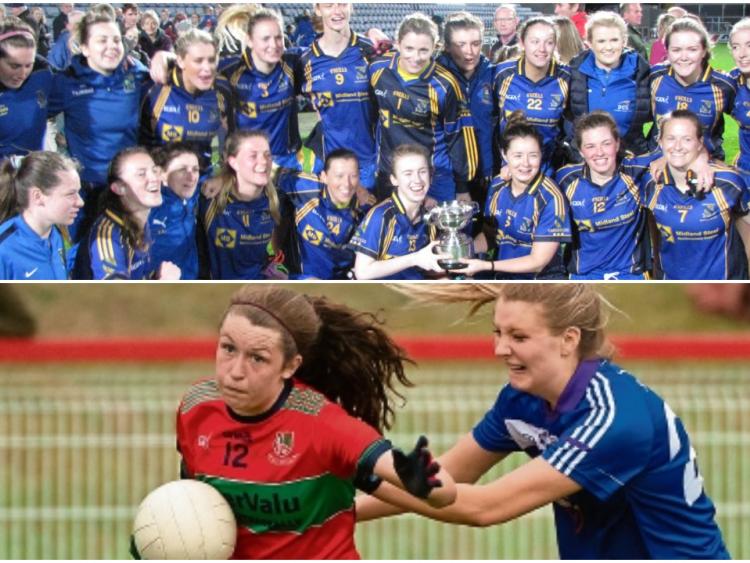 Every year, teams in the Laois LGFA Senior football championship attempt to put a stop to Sarsfields' stranglehold on the prestigious title, but every year for the last six they've fallen short.

Both Timahoe and Portlaoise have offered the most resistance, but neither have managed to get close enough to make Sarsfields really sweat.

For the last couple of years it's been Portlaoise who have been the ones causing Sarsfields the most problems, but even at that, Sarsfields haven't been pushed to the pin of their collars.

In 2017 Portlaoise were swept under the carpet, losing to Sarsfields in the decider on a score of 3-15 to 0-3. The Town put in an improved display in 2018, but still came up short by four points.

Timahoe will be the team that will be tasked with upsetting the county champions this year, and they might feel quietly confident about their chances.

They are under the expertise of John Scully again for the year, and with former Laois senior football manager Mick Lillis added into the backroom team, along with Donal Miller, Angela Casey and John Larkin, Timahoe possess a solid set-up this season.

They have arguably the county's most dangerous forward in Mo Nerney, who has been in scintillating form for them all season long.

Nerney isn't the only player within Timahoe's ranks that has shone this season though, with Maureen Young, Sarah Larkin and Orla Hennessy all instrumental in their road to the final.

They will all need massive performances in the decider if they're to overturn the seven in-a-row seeking Sarsfields. However, the star of the show in the final last year, and Sarsfields main woman down through the years, Tracey Lawlor has since retired.

While that's a huge loss for Sarsfields, they still have an abundance of class in their side that is good enough to win another championship.

The likes of Leah Tarpey, Lorna O'Sullivan and Mary Keating have really stepped up to the plate this year when it counted, and they'll be aiming to guide Sarsfields to that illustrious title once again.

Since losing that league final to St Conleth's earlier this season, Sarsfields have upped the ante in the championship. They topped their group which contained St Conleth's in it.

The results from the group games are as follows:

After the group stage concluded, the semi-final pairing was Timahoe against St Conleth's, and Sarsfields against Portlaoise. The youthful St Conleth's girls put it up to Timahoe for large parts, but Mo Nerney was in unstoppable form, and she bagged 3-5 for herself.

In the other semi-final, Sarsfields had too much for Portlaoise once more, as they ran out 2-14 to 1-7 winners, although the final score flattered them a little.

If Sarsfields can contain Timahoe's Nerney to some degree in this one, then they have enough quality at their disposal to claim their seventh title in-a-row.