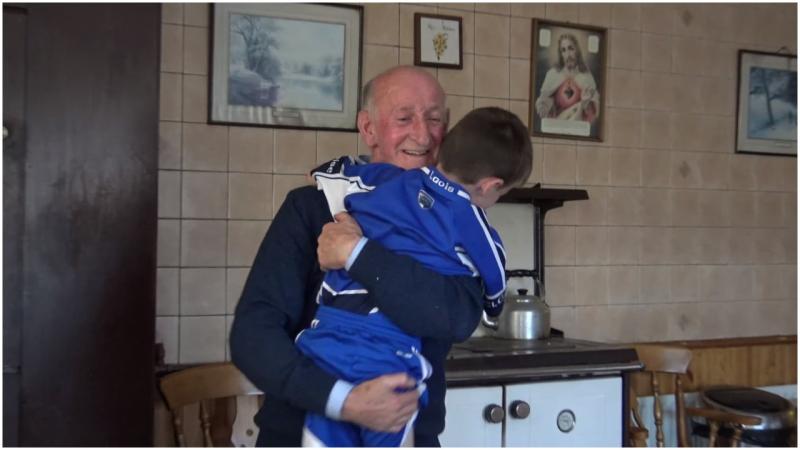 With September upon us and the memories of arguably the most successful summer in Laois GAA since the Micko days beginning to dwindle to the back of our minds, the Sinnott family from Mountrath have released their brilliant song/video just in time.

It really is a family affair too. Grandad Bill provides the main vocals, his son and daughter Lisa and John provided the backing vocals, while his grandson Rían stars in the video. His other grandson, Billy, is the man behind the camera and the one who strings it altogether beautifully.

77 year-old Bill got the inspiration for the song and video after watching the Laois hurlers claim the 2019 Joe McDonagh Cup in Croke Park. During the half-time, Laois great Christy O'Brien was given an adoring reception as he was inducted into the GAA Hall of Fame - and Bill has always regarded Christy as the greatest hurler of all time. These factors combined provided the spark this brilliant video.

For Bill's birthday, his seven children chipped in to book Golden Egg Recording Studios in Portlaoise so they could professionally record their version of Mountrath man Mick Bowe's 'The Bould Christy O'Brien', with a couple of additional verses and changes.

Bill, who has sang his whole life and even won two Scór competitions for Slieve Bloom and Mountrath respectively, provides the main vocals to the track.

The video is a seamless mix of match footage from throughout the year and the Sinnott's own recreation of what was a magical summer for Laois supporters home and abroad.

Take a look below: