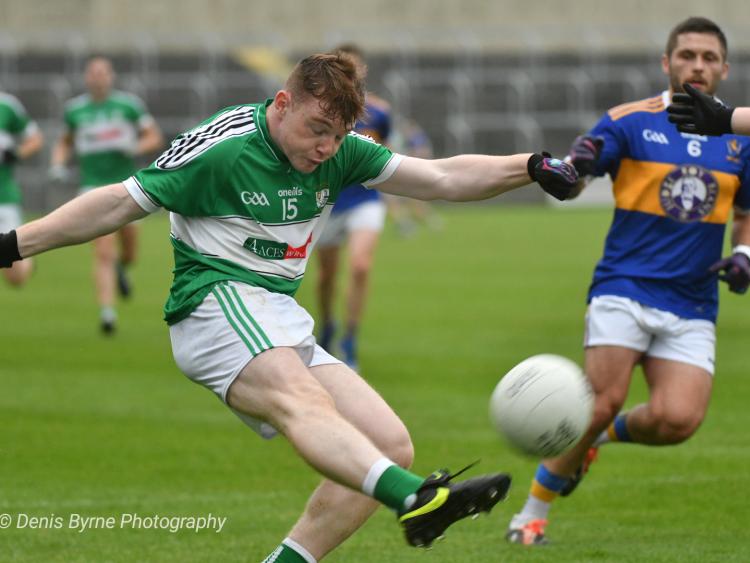 Ballyfin are through to their first-ever Laois SFC semi-final after a hugely impressive performance saw them past the 2018 beaten county finalists, O'Dempsey's, at O'Moore Park this evening.

Shooting into the Abbeyleix end of O'Moore Park for the first-half, Ballyfin raced into an early four point lead before O'Dempsey's would post to the board.

Sean Moore set the ball rolling for Ballyfin with their first point of the day in the opening minute. James Finn followed with a superb point curled over from range to double their lead, and then two more followed from the boots of Louis Duff and James Moore to give them a four point lead after four minutes played.

O'Dempsey's recovered from their slow start with the first green flag of the day five minutes in. Matthew Finlay was fouled in the square, and Conor Meredith stepped up to dispatch the resulting penalty past Robert Foran in the Ballyfin goals.

With 10 minutes on the clock, O'Dempsey's wiped the slate clean with Matthew Finlay's first free of the day.

Ricky Quillinan and Sean Moore scores put Ballyfin back into the lead, but again O'Dempsey's chirped back with a Johnny Kelly point after some debate between the officials.

Another Sean Moore free was quickly followed by Jack Priestley's first of the game to push the Ballyfin lead out to three points. Matthew Finlay got on the end of Mark Barry's crossfield ball to raise a white flag for O'Dempsey's, and then Finlay sent over a free on the 30-minute mark.

Ballyfin closed out the half on a high with with Priestley and Sean Moore stroking over to leave them three points ahead at the break, 0-10 to 1-4.

O'Dempsey's got on top after the restart with a fisted point from Micheal Finlay, and two more from Matthew Finlay and Conor Meredith brought them back level heading into the final quarter - while they also saw two goal chances go abegging.

Ballyfin reopened their account for the half with 44 minutes played through a Sean Moore free, but Micheal Finlay shot back for O'Dempsey's to keep the sides level.

A brace of points from the in-form Sean Moore put Ballyfin into the lead again, and while O'Dempsey's hit back with another from Matthew Finlay, Ballyfin grabbed a crucial goal five minutes from the end when Ricky Quillinan spectacularly fisted to the back of the O'Dempsey's net from a near-impossible angle on the end-line.

O'Dempsey's would manage two more points sandwiched either side of Sean Moore's cheeky attempt to lob Podge Bannon, but Ballyfin held out to book their first ever Laois SFC semi-final appearance.